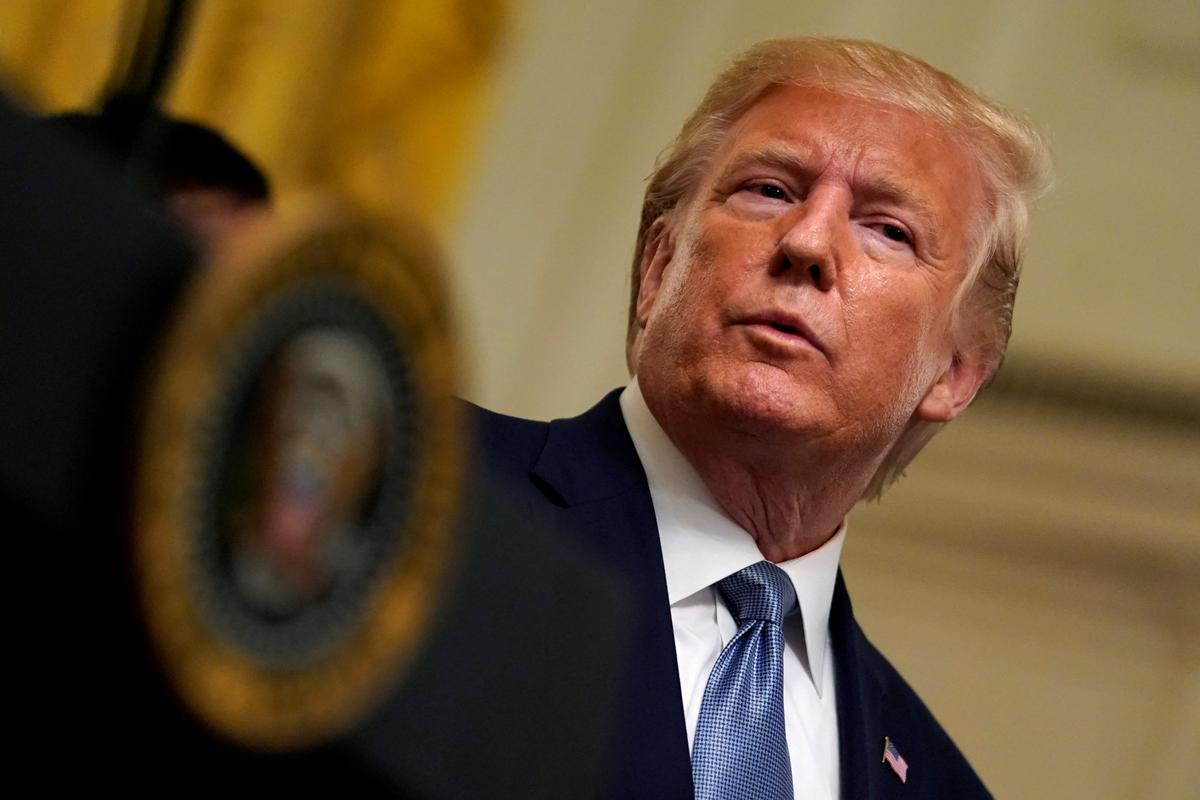 NEW YORK (Reuters) – A federal judge on Monday said eight years of U.S. President Donald Trump’s tax returns must be provided to Manhattan prosecutors, forcefully rejecting the president’s argument that he was immune from criminal investigations.

Trump’s returns will not be turned over immediately, after the 2nd U.S. Circuit Court of Appeals in Manhattan granted the president’s request to temporarily block the order, handed down by U.S. District Judge Victor Marrero.

The Manhattan judge had called the immunity claim “repugnant to the nation’s governmental structure and constitutional values,” and said he could not “square a vision of presidential immunity that would place the President above the law.”

His 75-page decision complicates Trump’s battle to keep his finances under wraps, despite having promised during his 2016 White House run that he would disclose his tax returns.

Manhattan District Attorney Cyrus Vance, a Democrat, had subpoenaed personal and corporate tax returns from 2011 to 2018 and other records from Trump’s longtime accounting firm Mazars USA.

The subpoena was part of Vance’s criminal probe into the Republican president and his family business.

Marrero’s decision would have forced Mazars to start turning over documents on Monday afternoon, but the appeals court said the case had “unique issues,” justifying a delay.

An appeal could be heard as soon as this month. Trump has not been accused of criminal wrongdoing.

“The Radical Left Democrats have failed on all fronts, so now they are pushing local New York City and State Democrat prosecutors to go get President Trump,” Trump tweeted after Marrero’s decision. “A thing like this has never happened to any President before. Not even close!”

In suing Vance last month to block his subpoena, Trump said he was immune from criminal probes while in the White House and that the U.S. Constitution required Vance to wait.

The Constitution does not say whether sitting presidents can be indicted, and the Supreme Court has not decided the issue.

“It’s uncharted legal terrain,” Jens David Ohlin, vice dean at Cornell Law School, said in an interview.”If the framers of the Constitution desired a president who was completely immune from all forms of criminal prosecution, they would have said so,” he added. “The counterargument is that the Constitution would prohibit it because it would infringe on the president’s ability to govern the country.”

Vance issued the subpoena four weeks after issuing another subpoena to the Trump Organization for records of hush money payments, including to two women prior to the 2016 election who said they had sexual relationships with Trump, which he denies.

Trump is also trying to block the House subpoenas to Deutsche Bank and is awaiting a ruling from the 2nd Circuit.

The House probes are separate from the debate over whether Trump should be impeached because of his dealings with Ukraine.

Jay Sekulow, a lawyer for Trump, said he was pleased the Vance subpoena was put on hold. Danny Frost, a spokesman for Vance, declined to comment.

The Justice Department, which opposed dismissing Trump’s challenge to the subpoena, declined to comment.

Mazars did not respond to requests for comment, but has said it would comply with its legal obligations.

In his decision, Marrero, who was appointed by Democratic President Bill Clinton, declined to assert jurisdiction over the Vance subpoena, saying Trump should have brought his case in a New York state court.

But the judge made clear that if the appeals court disagreed with that finding, Trump should lose.

Marrero said the president failed to show that enforcing the subpoena would interfere with his presidential duties, cause irreparable harm or be against the public interest.

He also rejected as too broad the idea of shielding Trump, his family and his businesses from criminal process.

“The expansive notion of constitutional immunity invoked here to shield the President from judicial process would constitute an overreach of executive power,” Marrero wrote.

Marrero said even President Richard Nixon conceded during the Watergate scandal that he would be required to produce documents in response to a judicial subpoena.

Trump’s lawyers said the case raised “momentous” questions about the president’s immunity and complying with the subpoena would cause irreversible damage.

“There will be no way to unscramble the egg scrambled by the disclosure,” the lawyers said in a court filing.