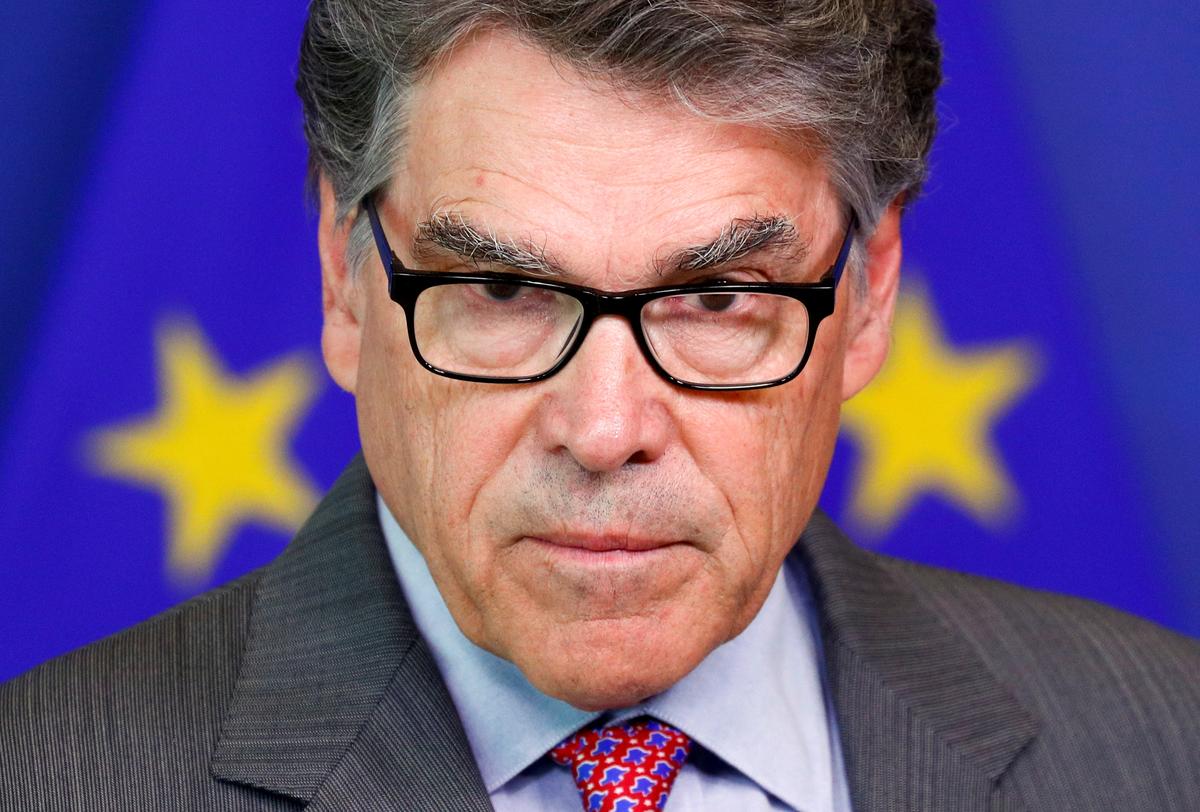 VILNIUS (Reuters) – U.S. Energy Secretary Rick Perry on Monday denied a report that he had pressed Ukraine to hire certain people to the board of its state-owned natural gas company, saying he had only recommended names at the Ukrainian government’s request.

The Associated Press reported that Perry had pushed Ukrainian President Volodymyr Zelenskiy to fire members of the advisory board of gas company Naftogaz and then presented a list of advisers.

“That the AP story basically said that we said, ‘You put these people on there’ – is just not correct. I mean that was a totally dreamed up story, the best I can tell,” Perry told a news conference in Vilnius on Monday.

“We gave recommendations at the request of the Ukrainian government, and we will continue to,” he added.

News website Axios has reported that Trump told House Republicans he did not want to make the July 25 call to Zelenskiy, a conversation that is at the heart of an impeachment inquiry. But it said he relented at the urging of Perry.

Perry said he encouraged U.S. President Donald Trump to talk with Zelenskiy to build confidence among U.S. officials that the country was taking steps to fight corruption and improve transparency.

“Absolutely, I asked the president multiple times – ‘Mr President, we think it is in the United States and the Ukraine’s best interest, that you and the president of Ukraine have conversations, that you discuss the options that are there.’ So absolutely, yes,” Perry said in Vilnius.

During the call in July, Trump pressed Zelenskiy for an investigation into former U.S. vice president and current Democratic presidential candidate Joe Biden and his son, Hunter, according to a call summary released by the Trump administration.