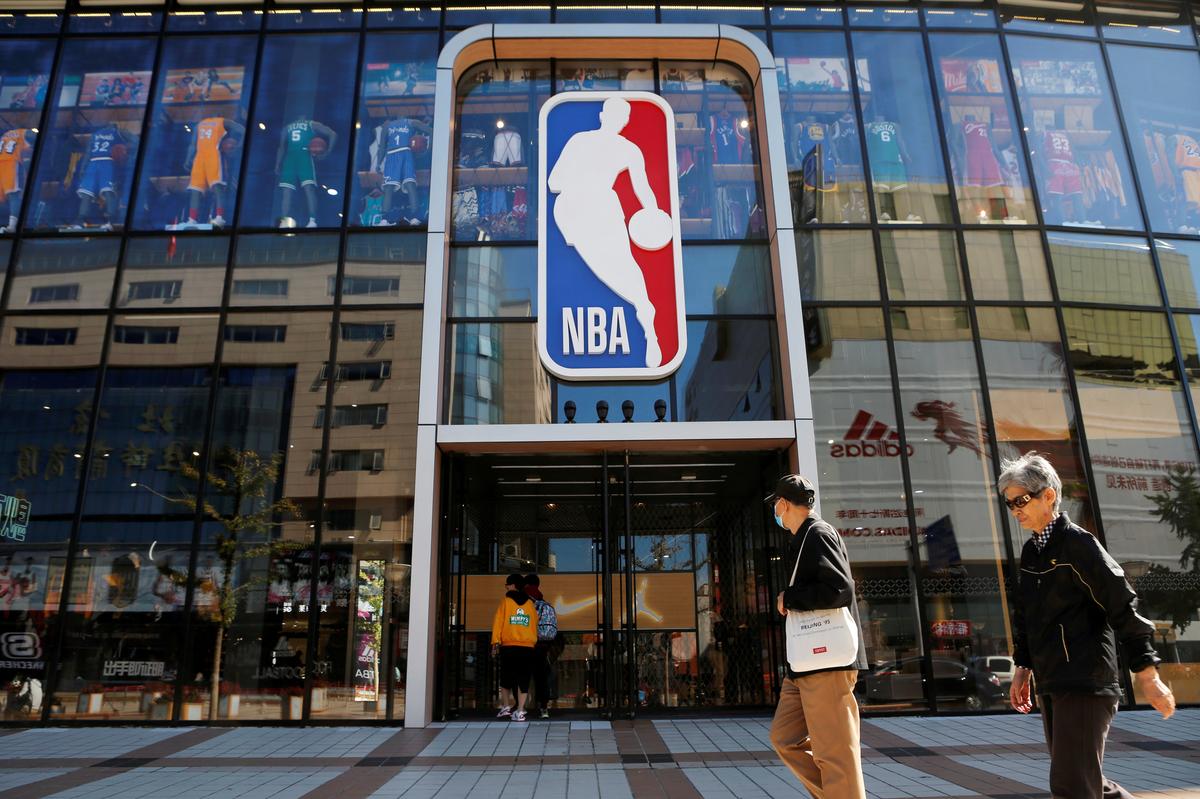 TOKYO (Reuters) – The NBA returned to Japan for the first time in 16 years on Tuesday, with preseason action between the Houston Rockets and the Toronto Raptors – but it was the league’s growing crisis in neighboring China that demanded much of the attention.

NBA commissioner Adam Silver opened a pre-game news conference talking about the future of basketball in Japan before being peppered with questions about the uproar over a tweet by the Rockets’ general manager in support of pro-democracy protests in Hong Kong.

General manager Daryl Morey apologised on Monday for any hurt caused by the tweet, which he deleted over the weekend after drawing swift condemnation from China’s government, fans and the team’s partners.

But the damage was already done, with Houston losing sponsors and broadcasts in a key market for the National Basketball Association.

In the latest fallout, Chinese state television said on Tuesday it would not air NBA exhibition games played in the country this week.

Silver said he had issued an additional statement on the China row on Tuesday in part because of CCTV’s announcement that it would no longer be airing the preseason games between the Los Angeles Lakers and the Brooklyn Nets.

“It’s not something we expected to happen. It’s unfortunate,” Silver said of CCTV’s decision.

“But if that’s the consequences of us adhering to our values, we still feel it’s critically important to adhere to those values,” he said, stressing the NBA’s commitment to freedom of expression for its employees.

Silver said he would travel to Shanghai as planned on Wednesday and attend the Lakers-Nets game on Thursday night.

“It’s my hope when I’m in Shanghai, I can meet with the appropriate officials and discuss where we stand and can put those remarks from Daryl Morey in an appropriate context,” he said.

“It’s not a distraction. We’re focusing on our team and getting better. We have a great opportunity ahead of us and honestly we’re focused on every single day,” he told a post-game news conference.

“Our sole focus is on the Rockets.”

But Houston head coach Mike D’Antoni had a much testier response for a reporter after the game, in which the Raptors beat the Rockets 134-129.

“I know you have your job to do and ask questions. I’m here to play basketball and coach basketball. That’s what we did tonight. And that’s what we will comment on,” he said.

“And if we don’t have any more questions we’re good.”