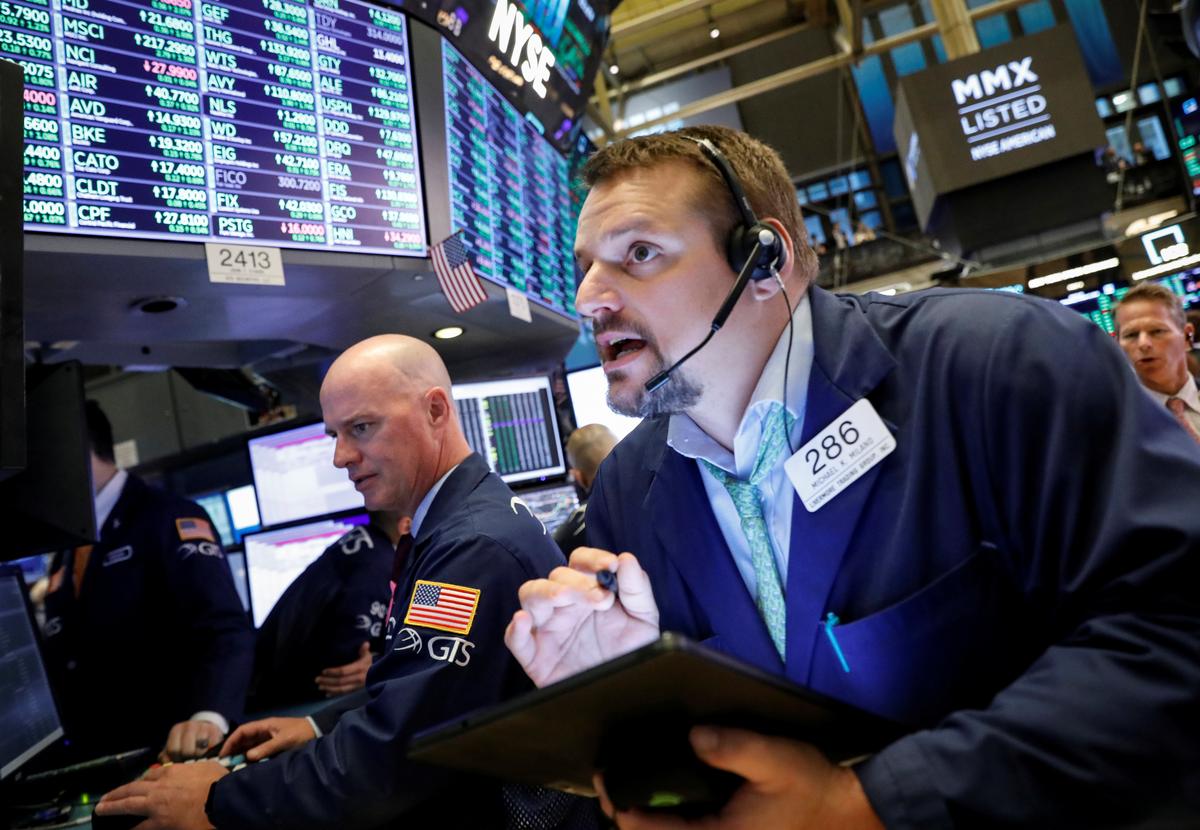 NEW YORK (Reuters) – Stocks gained on Wednesday on a report that China could yet agree to a partial trade deal with the United States despite recent tensions, while the prospect of a last-minute Brexit agreement between the European Union and Britain seemed as remote as ever.

Sterling was little changed against the dollar after losing nearly 1% over the past two sessions.

China is still open to agreeing to a partial trade deal, Bloomberg reported on Wednesday, despite the recent U.S. blacklisting of Chinese technology firms and reports on visa restrictions from both sides.

“You don’t want to ignore headlines, but at the same time each headline seems to say the same thing – that both sides want to see something happen and both sides are encouraged that something may happen,” said Michael Lorizio, senior fixed income trader at Manulife Investment Management in Boston.

Markets have been wobbly this month on more evidence that the U.S.-China conflict over trade is increasingly damaging the global economy. Stocks have been particularly sensitive to headlines regarding trade.

“Investors are hoping for an interim deal, they aren’t expecting anything big, but are cautiously optimistic,” said Michael Geraghty, equity strategist at Cornerstone Capital Group.

Talks between the European Union and Britain over an agreement regarding London’s departure from the EU on Oct. 31 appeared to be going nowhere.

British lawmakers have voted to force Prime Minister Boris Johnson to seek an extension to the departure date if he cannot agree a deal, but the prospect of further prolonged political uncertainty is worrying investors.

The Turkish lira touched a near four-month low versus the dollar after Ankara launched a military operation against Kurdish fighters in northeast Syria just days after U.S. troops pulled back from the area.

In bond markets, U.S. Treasury yields US10YT=RR rose as investors happy to take on some more risk sold out of safer assets. A flood of supply also weighed on U.S. bond prices.

Ecuadorian bonds tumbled as protesters began a national strike after President Lenin Moreno refused to step down or overturn anti-austerity measures that have triggered the worst unrest in a decade.

Oil prices edged higher as Turkey’s attack on Syria and hopes of trade talks progress were partly offset by a build in U.S. crude inventories.

Reporting by Rodrigo Campos; additional reporting by Tommy Wilkes and Bozorgmehr Sharafedin in London and Laila Kearney and Kate Duguid in New York; Editing by Bernadette Baum and Nick Zieminski