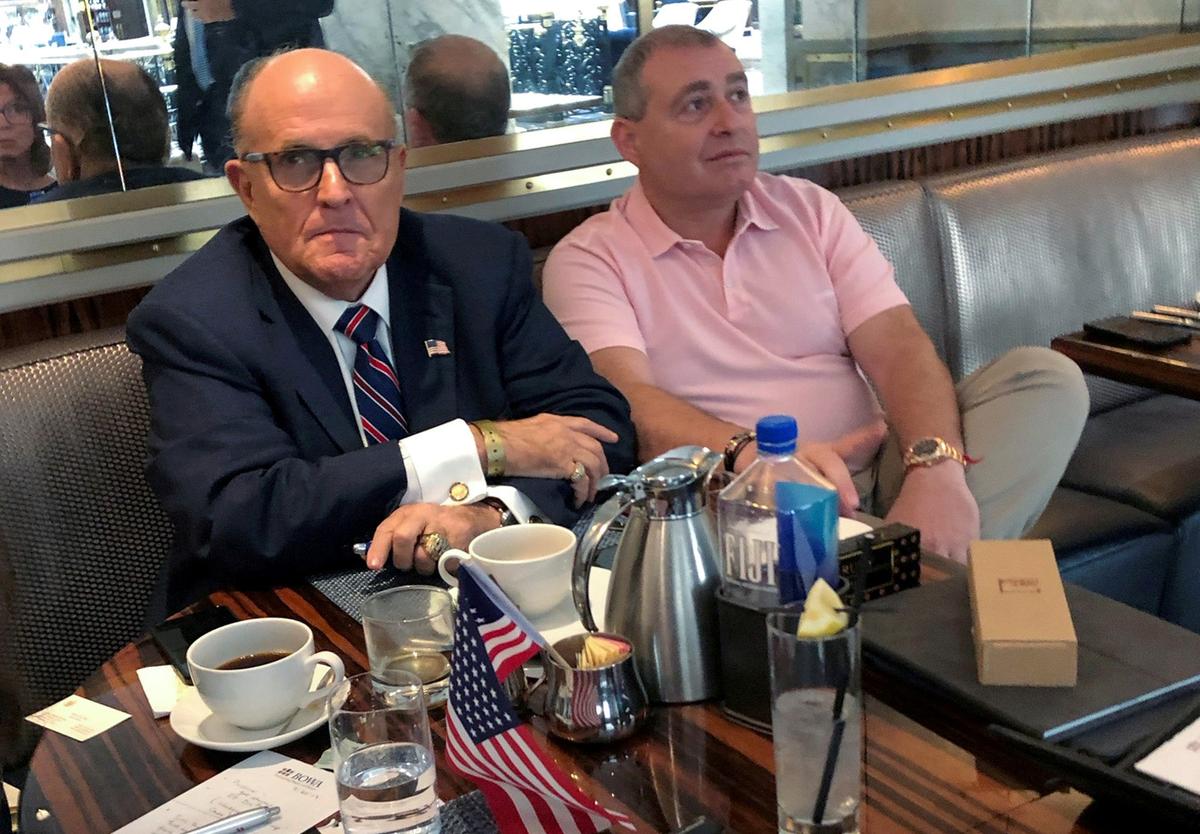 The businessmen, Lev Parnas and Igor Fruman, were arrested in connection with a New York case involving campaign finance laws, a spokesman for the U.S. Attorney’s Office in Manhattan said.

The arrests were the latest dramatic development in a political drama that threatens Trump’s presidency. They come as the Democratic-led U.S. House of Representatives conducts an impeachment inquiry into the Republican president centered on Trump’s request in a July telephone call for Ukraine’s president to investigate former Vice President Joe Biden, a leading Democratic rival in the 2020 presidential election.

Parnas is a Ukrainian businessman. Fruman is a real estate investor who was born in Belarus. Both, according to various media accounts, helped introduce Giuliani into top Ukrainian political circles.

Parnas and Fruman conspired to “funnel foreign money to candidates for federal and state office,” according to a federal court filing in New York. The two men made illegal contributions using straw donors, according to the indictment.

John Dowd, the lawyer for the two men, declined comment on the charges.

The two men had been planning to fly to Vienna on Wednesday night, according to a source familiar with the matter.

Parnas and Fruman were expected to appear in a federal court in Virginia later on Thursday, the Wall Street Journal reported, citing people familiar with the matter.

The Journal described the two men as donors to a pro-Trump fundraising committee who helped Giuliani’s efforts to investigate Biden.

The Campaign Legal Center, a nonprofit that favors campaign finance regulation, had urged a U.S. government agency in a July 2018 complaint to investigate whether Parnas and Fruman had broken the law by using a shell company to disguise the source of a $325,000 donation to a pro-Trump political action committee.

The CLC later supplemented its complaint to the U.S. Federal Election Commission to include evidence of wire transfers showing the movement of the funds.

Parnas told Reuters last month he knew the FBI was investigating him but was not sure why.

“I don’t know what the FBI wants,” Parnas said at the time.

Parnas said that any violations of Federal Election Commission rules were unwitting and a “clerical thing” because he was not an experienced political donor. Parnas said he was not trying to hide the source of the $325,000 donation.

He said he gave the money to America First Action committee because “we are huge supporters of the president.”

Nancy Pelosi, who as House Speaker is the top Democrat in the chamber, launched the impeachment inquiry last month after the revelation that Trump had sought foreign interference in the 2020 U.S. election.

A whistleblower complaint to Congress also raised concerns that Trump leveraged $400 million in U.S. aid to try to secure a promise from Ukraine’s president to investigate Biden and his son, Hunter Biden.

Trump has denied wrongdoing and has described the probe as a partisan smear.

Democrats are getting impatient with the administration’s blocks on its investigation.

“Republicans are now refusing to answer the simplest question: whether it’s acceptable for a president to pressure foreign countries to undermine our elections. American elections should be decided by Americans, not by ‘favors’ from foreign governments,” Pelosi tweeted on Thursday.