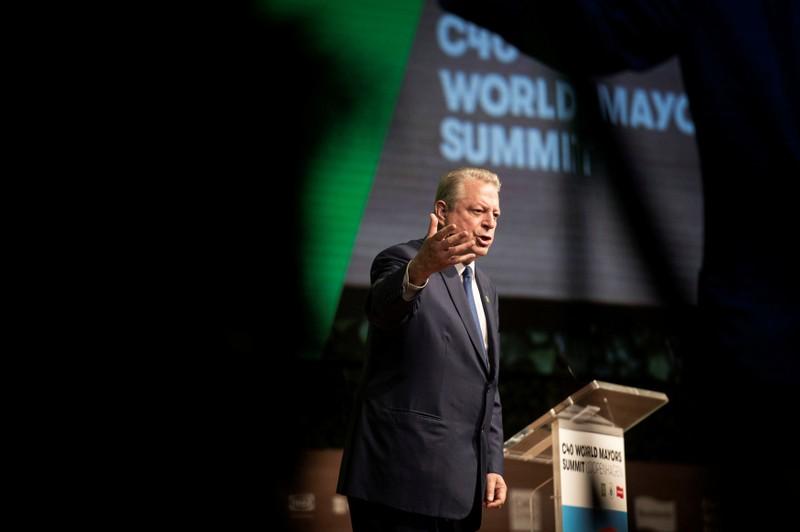 COPENHAGEN (Reuters) – Mayors of cities from Lisbon to New Orleans called on Thursday for urgent global action to tackle climate change that could see hundreds of coastal metropolises swamped with water.

The C40 World Mayors Summit in Copenhagen gathered leaders of 94 world cities that are home to more than 700 million people and represent one quarter of the global economy.

Their meeting comes a month after a United Nations study delivered a stark warning to the world: slash emissions or watch cities vanish under rising seas, rivers run dry and marine life collapse.

“The Gulf of Mexico is now at our front door,” New Orleans mayor LaToya Contrell told a news conference. “While the sea level is rising, we’re also sinking, and we are losing a football field every 100 minutes.”

She later told Reuters it would require “billions of dollars” to not only drain the city on the Mississippi River, but also collect and hold water to keep it from running into the drains immediately.

While the government of U.S. President Donald Trump still does “not want to believe in science”, Contrell said she had recently seen unprecedented bipartisan support at state level for investment in green infrastructure.

By 2050, over 570 low-lying coastal cities will face projected sea level rises of at least 0.5 metres, which could put over 800 million people at risk from storm surges and other impacts, according to C40.

He said 10% of the city’s total capital spending this year will be investment in climate resilience, with more funding to come from the business community, philanthropic investors and the state.

Asked if he expected money from the federal government, he said: “Under this administration in Washington I’m not confident at all.”

World leaders will hold a climate summit in Chile in December but some mayors were sceptical about the outcome.

“I’m not very optimistic … But whatever happens at a national level we still have to do our job at home,” said Rafal Tzaskowski, the mayor of Poland’s capital city Warsaw.