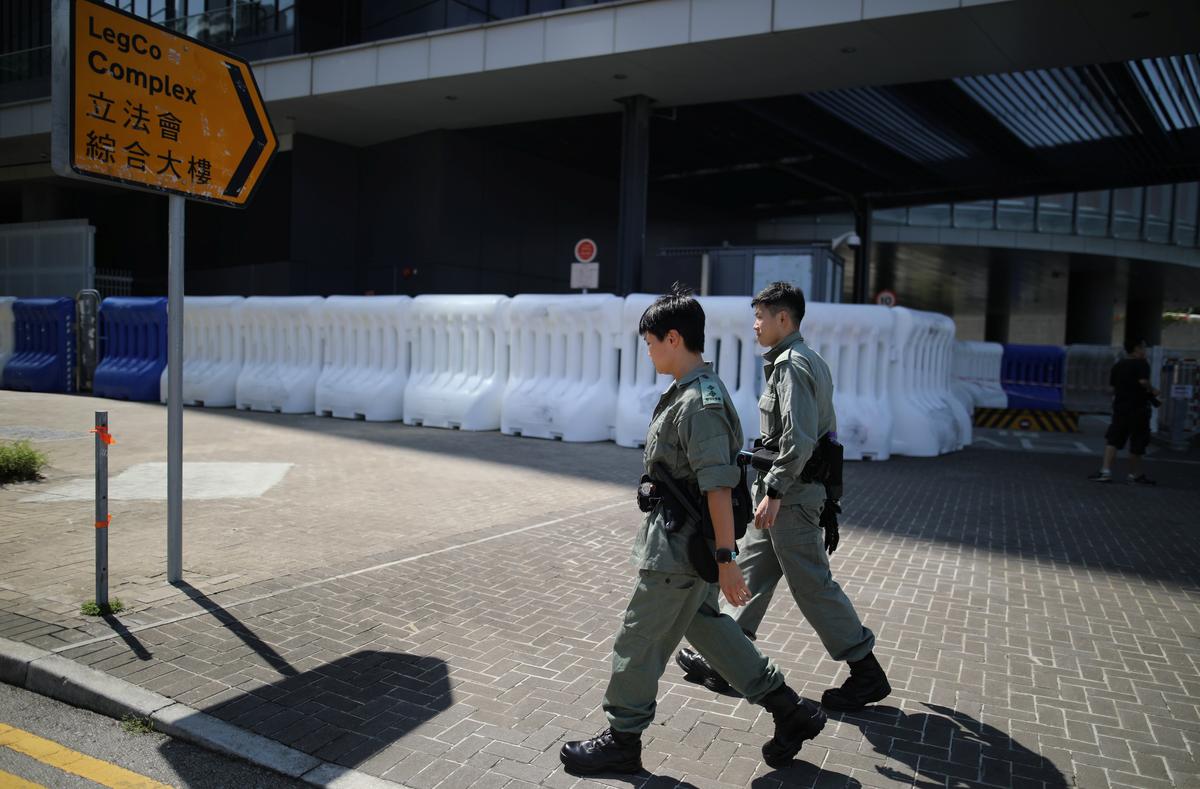 HONG KONG (Reuters) – Embattled Hong Kong leader Carrie Lam on Tuesday ruled out making any concessions to pro-democracy protesters in the face of escalating violence, which police said was now “life threatening” citing the detonation of a small bomb.

“I have said on many occasions that violence will not give us the solution. Violence would only breed more violence,” Lam told a news conference.

“For concessions to be made simply because of escalating violence will only make the situation worse. On the other hand, we should consider every means to end the violence.”

Protesters have five main demands, which include universal suffrage and an independent inquiry into what they say has been excessive force by police in dealing with the demonstrations.

Hong Kong has been rocked by four months of unrest, with massive marches and at times violent protests involving tear gas, petrol bombs and live rounds, over concerns Beijing is tightening its grip on the city and eroding democratic rights.

Beijing rejects the charge and accuses Western countries, like the United States and Britain, of stirring up trouble.

The unrest poses the biggest popular challenge to Chinese President Xi Jinping since he came to power in 2012. He has warned that any attempt to divide China would be crushed.

The violence has escalated since the government brought in colonial-era emergency powers on Oct. 4.

On Sunday night, protesters and police clashed in running skirmishes in shopping malls and on the streets. Black-clad activists threw 20 petrol bombs at one police station.

A crude explosive device, which police said was similar to those used in “terrorist attacks”, was remotely detonated as a police car drove past and officers cleared roadblocks. A police officer also had his neck slashed by a protester.

An 18-year-old school student has been charged with attacking the officer with a box cutter intent on causing grievous bodily harm.

Police have arrested more than 2,300 people since June when the unrest escalated, scores of them teenagers, some as young as 12, according to Lam.

Hong Kong was guaranteed 50 years of freedoms under the “one country, two systems” formula when Britain returned its former colony to China in 1997.

A failed attempt to create a China extradition bill, which could have seen residents sent for trial in Communist Party-controlled courts, was seen as the latest attempt to reduce those freedoms, and ignited the unrest.

The protests have at times attracted millions onto the streets as the movement widened to include residents angry at growing inequality in Hong Kong, which boasts some of the world’s most expensive real estate.

Lam said she would focus on land and housing initiatives in her annual Policy Address on Wednesday, seeking to restore confidence in the city’s future.

Hong Kong is facing its first recession in a decade, with tourism and retail hit hard by the unrest.

High street retail rents have experienced the sharpest quarterly decline since the first quarter of 1998 at the time of the Asian financial crisis, says commercial real estate investment firm CBRE.

Protesters, residents and some lawmakers have accused police of excessive force.

Police have fire more than 3,000 rounds of tear gas, more than 600 rounds of rubber bullets and 3 live rounds. Two people have been shot and wounded and thousands injured.

U.S. Senator Josh Hawley, visiting Hong Kong on Sunday, warned the city was in danger of sliding into a “police state”. Lam rejected such criticism on Tuesday.

“The Hong Kong police force is a highly professional and civilized force,” she said. “I would challenge every politician to ask themselves if the large extent of violence acts and all those petrol bombs and arson and really deadly attacks on policeman happened in their own country, what would they do?”

According to media, Hawley responded on Tuesday saying: “I chose the words ‘police state’ purposely – because that is exactly what Hong Kong is becoming. I saw it myself. If Carrie Lam wants to demonstrate otherwise, here’s an idea: resign.”