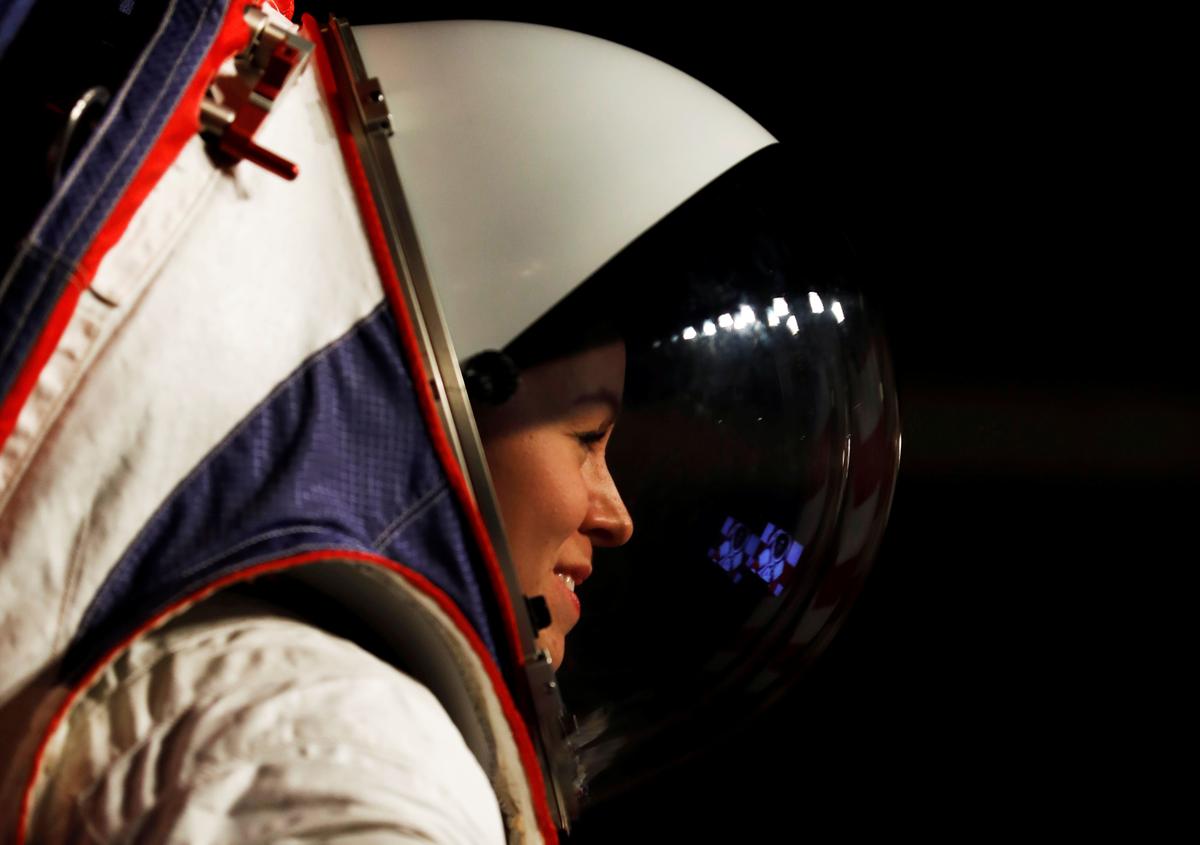 WASHINGTON (Reuters) – NASA on Tuesday showed off two new spacesuits tailored for future moonwalking astronauts, signaling development of a crucial component to the space agency’s accelerated drive to return to the moon by 2024.

Two NASA engineers strutted on a stage inside the agency’s Washington, D.C. headquarters, donning the new spacesuits, modeling and doing squats and crunches in front of a crowd of students and reporters to reveal what the first zero-gravity space-wear under NASA’s Artemis moon program would look like.

“This is the first suit we’ve designed in about 40 years,” Chris Hansen, a manager at NASA’s spacesuit design office, said.

“What you saw today was a prototype of the pressure garment. The life support system is back in a lab in Houston,” he said. “We want systems that allow our astronauts to be scientists on the surface of the moon”

The Trump administration in March directed NASA to land humans on the moon by 2024, accelerating a goal to colonize the moon as a staging ground for eventual missions to Mars.

One suit of orange fabric will be worn by astronauts when inside the spacecraft. Astronauts will wear a much bigger mostly white suit on the lunar surface.

The new suits make it much easier to walk, bend and squat when walking on the lunar surface, Amy Ross, NASA’s lead spacesuit engineer, said.

“Basically, my job is to take a basketball, shape it like a human, keep them alive in a harsh environment, and give them the mobility to do their job,” she said.

The new suits come as a much-needed upgrade to NASA’s astronaut wardrobe. Astronauts Christina Koch and Anne McClain were slated in March to conduct the first ever all-female spacewalk outside the International Space Station, but the mission was called off because there weren’t enough spacesuits available on the station for both of them.

Another attempt for the first all-female spacewalk, a roughly six-hour crawl on the exterior of the space station to install new batteries, is back on for Thursday, NASA said in a news release on Tuesday.