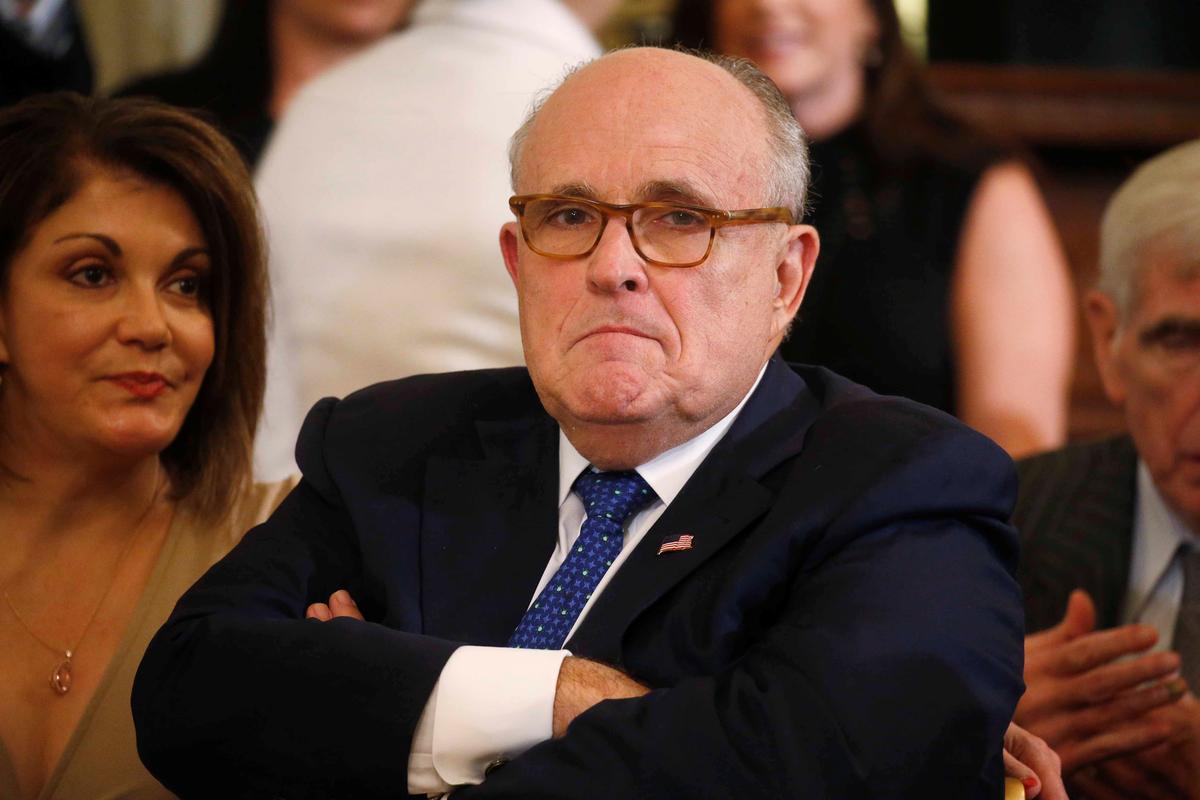 WASHINGTON (Reuters) – President Donald Trump’s personal lawyer Rudy Giuliani will not cooperate with a U.S. House of Representatives impeachment inquiry that is scrutinizing his efforts to pressure Ukraine to investigate a Trump political rival, Giuliani’s lawyer said on Tuesday.

Giuliani’s lawyer, Jon Sale, told a lawyer for the three Democratic-led House committees leading the inquiry that the former New York mayor would refuse to comply with a subpoena seeking documents relating to his activities concerning Ukraine.

“This appears to be an unconstitutional, baseless, and illegitimate ‘impeachment inquiry,’” Sale wrote, echoing language the White House used last week in saying it would not cooperate with the inquiry that threatens Trump’s presidency.

The move represented the latest effort by Trump and those close to him to refuse any cooperation with the inquiry. Despite that, several U.S. officials involved in the matter who received subpoenas from the three committees have testified. Even as Giuliani refused to comply, lawmakers were hearing closed-door testimony from a senior U.S. diplomat, George Kent.

House Democrats are focusing on Trump’s request to Ukrainian President Volodymyr Zelenskiy in a July 25 phone call to look into unsubstantiated allegations about Joe Biden, the former vice president and a leading contender to become the Democratic nominee to run against Republican Trump in the November 2020 U.S. presidential election.

Kent, who has spent much of his career fighting corruption in Ukraine and elsewhere, is the second career diplomat to testify as part of the probe after being subpoenaed. The White House and State Department had ordered them not to appear.

It was unclear what Kent, a deputy assistant secretary of state responsible for U.S. policy toward six former Soviet republics including Ukraine, was telling lawmakers.

According to the New York Times, Kent raised concerns with colleagues as far back as March about Giuliani pressuring Ukraine to pursue investigations into Trump’s political rivals.

Marie Yovanovitch, the former U.S. ambassador to Ukraine, on Friday accused the Trump administration in testimony of recalling her in May based on false claims.

Fiona Hill, Trump’s former Russia adviser, told lawmakers on Monday that she and her then-boss, former national security adviser John Bolton, were alarmed this summer by efforts to force Ukraine to investigate Biden and other rivals and advised her to notify a National Security Council lawyer, according to a source familiar with her testimony.

Hill told lawmakers that Bolton characterized Giuliani as “a hand grenade who is going to blow everybody up,” according to two sources familiar with her testimony. A Bolton spokeswoman said he would have no comment on the testimony.

Giuliani had faced a Tuesday deadline to produce the requested documents. Sale said the documents were protected by both attorney-client privilege, a legal principle in which certain confidential communications between a lawyer and client are kept secret, and executive privilege, a legal doctrine under which a president can keep certain information from other branches of government.

Sale also said the request was “overbroad, unduly burdensome, and seeks documents beyond the scope of legitimate inquiry.”

Democratic Representative Jackie Speier, a member of the House Intelligence and Oversight committees, told MSNBC that House Democrats would likely move to hold Giuliani in contempt if he does not cooperate.

Gordon Sondland, a Trump political donor appointed as the U.S. ambassador to the European Union who was involved in the Ukraine discussions, is due to testify later in the week in response to a congressional subpoena.

The investigation is focused on the July call in which Trump pressed Zelenskiy to have Ukraine officials investigate Biden and his businessman son, Hunter Biden, who had been on the board of a Ukrainian energy company.

Hunter Biden, 49, denied doing anything improper here in past work for the company but acknowledged he had benefited professionally from his father’s political career in an interview with ABC News that aired on Tuesday.

Democrats have accused Trump of pressuring a vulnerable U.S. ally to dig up dirt on Biden after withholding $391 million in U.S. security aid intended to help combat Russian-backed separatists in the eastern part of Ukraine. Zelenskiy agreed to investigate. Trump eventually allowed the aid.

Trump has denied wrongdoing and defended his request to Zelenskiy during the phone call, which prompted a formal whistleblower complaint by an individual within the U.S. intelligence community.

If the Democratic-controlled House votes to approve articles of impeachment – formal charges – the Republican-controlled Senate would then hold a trial on whether to remove the president from office.

According to State Department emails seen by Reuters, diplomat Kent told colleagues that Yovanovitch had become the target of a “classic disinformation operation.” Yovanovitch on Friday denied Giuliani’s allegations that she provided a “do not prosecute list” to Ukrainian officials to protect Biden and others.

“One key sign of it being fake is that most of the names are misspelled in English – we would never spell most that way,” Kent said in the email to colleagues.