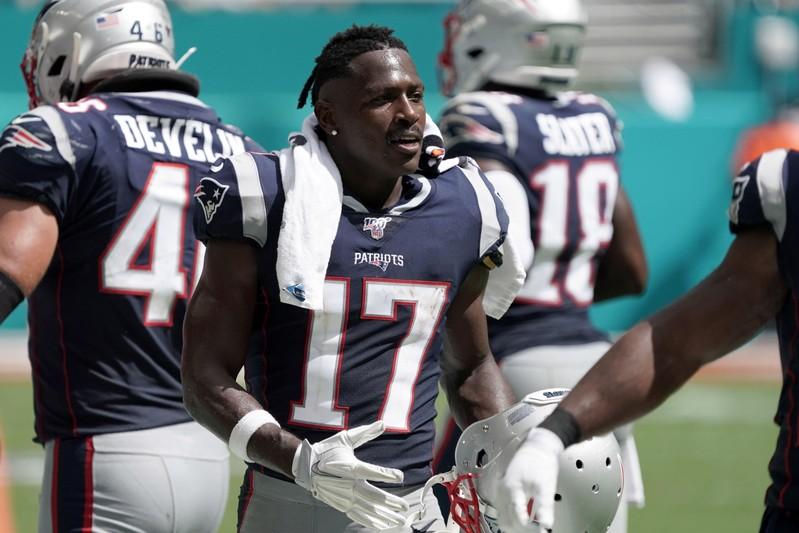 With the availability of Cowboys wide receiver Amari Cooper (quadriceps, ankle) in question for Sunday’s game against the visiting Philadelphia Eagles, Irvin argued on 105.3 The Fan that Brown’s success on the field would eclipse any potential issues off of it.

“I’m not gonna lie: Desperation makes you think about a lot of things. We ain’t got no time to sit up riding the high horse, like we’re too good for this and we’re took good for that. We need some H-E-L-P right now! Real help!” Irvin said of the Cowboys (3-3).

.”.. Where we find help, I don’t care. I don’t care about media relations or a public relations nightmare. Some wins can cure some of those things. … Maybe, we should just go pick him up for a week or two.”

Brown was traded from the Pittsburgh Steelers to the Oakland Raiders before being released by the latter team prior to the season. The seven-time Pro Bowl selection signed immediately with the New England Patriots, who cut ties with him after allegations of sexual misconduct surfaced and were followed by Brown sending “intimidating and threatening” texts to the woman.

The 31-year-old played just one game this season, a Week 2 win for the Patriots against the Miami Dolphins. He caught four passes for 56 yards and a touchdown.

Irvin knows very well what a productive wideout can do for the Cowboys, whether he chooses to reflect on his own Hall of Fame resume or perhaps the career of Dez Bryant.

Irvin finished his 12-year career with Dallas after making 750 catches for 11,904 yards and 65 touchdowns. He earned five Pro Bowl selections and won three Super Bowl titles along the way.

Bryant caught 531 passes for 7,459 yards and 73 touchdowns in 113 games over eight seasons with the Cowboys. He made three Pro Bowls and had three 1,000-yard seasons.

Cut by Dallas in April 2018, Bryant signed with New Orleans on Nov. 8 but landed on injured reserve with the Achilles injury two days later.