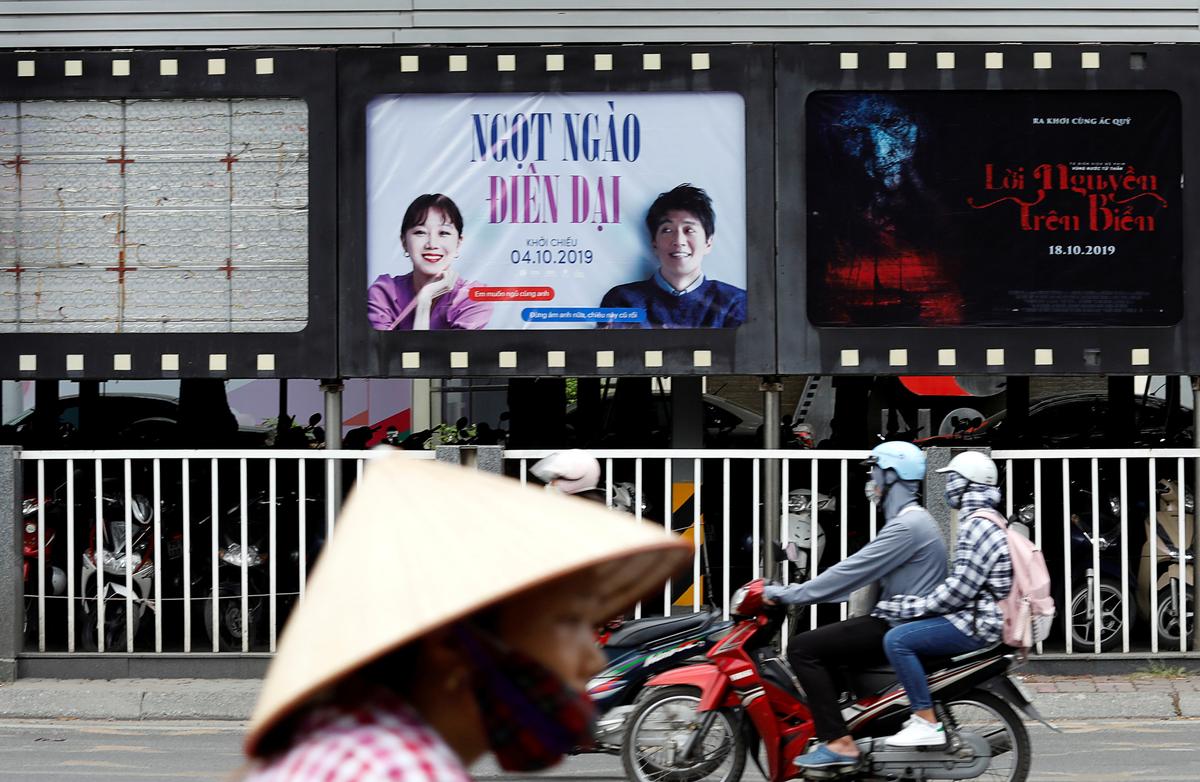 KUALA LUMPUR (Reuters) – Malaysia’s film censors have ordered a scene removed from the animated movie “Abominable” which shows China’s “nine-dash line” in the South China Sea, an official said on Thursday, amid growing anger among countries with overlapping claims in the waterway.

FILE PHOTO: Bikers go past an empty space where a promotional poster for the DreamWorks film “Abominable” stood before being taken down at a cinema in Hanoi, Vietnam October 14, 2019. REUTERS/Kham

The U-shaped line is used on Chinese maps to illustrate its territorial claims over vast expanses of the resource-rich South China Sea, including areas claimed by other countries.

Vietnam pulled the movie from cinemas on Monday, while the Philippines’ foreign minister has called for the scene showing the map to be cut and the film boycotted.

Malaysia’s Film Censorship Board said on Thursday it has given the green light for the movie to be screened in cinemas without the scene depicting the map.

“The animated film titled “Abominable”… has been given approval for screening in Malaysia under the condition that the controversial map is removed from the film,” the board’s chairman Mohamad Zamberi Abdul Aziz said in an emailed statement to Reuters.

The film will be released in Malaysian cinemas on Nov. 7.

“Abominable”, about a Chinese girl who discovers a yeti living on her roof, was jointly produced by Shanghai-based Pearl Studio and Comcast-owned [CMCSA.O] DreamWorks Animation.

Pearl Studio did not immediately respond to an emailed request for comment. Dreamworks could not be reached for comment.

Malaysia had been critical of China’s South China Sea position, but has been less outspoken recently, especially after China pumped in billions of dollars into infrastructure projects in the country.

Foreign Minister Saifuddin Abdullah said earlier on Thursday Malaysia needs to boost its naval capabilities to prepare for possible conflict in the South China Sea even as it pursues non-militarisation of the waterway.