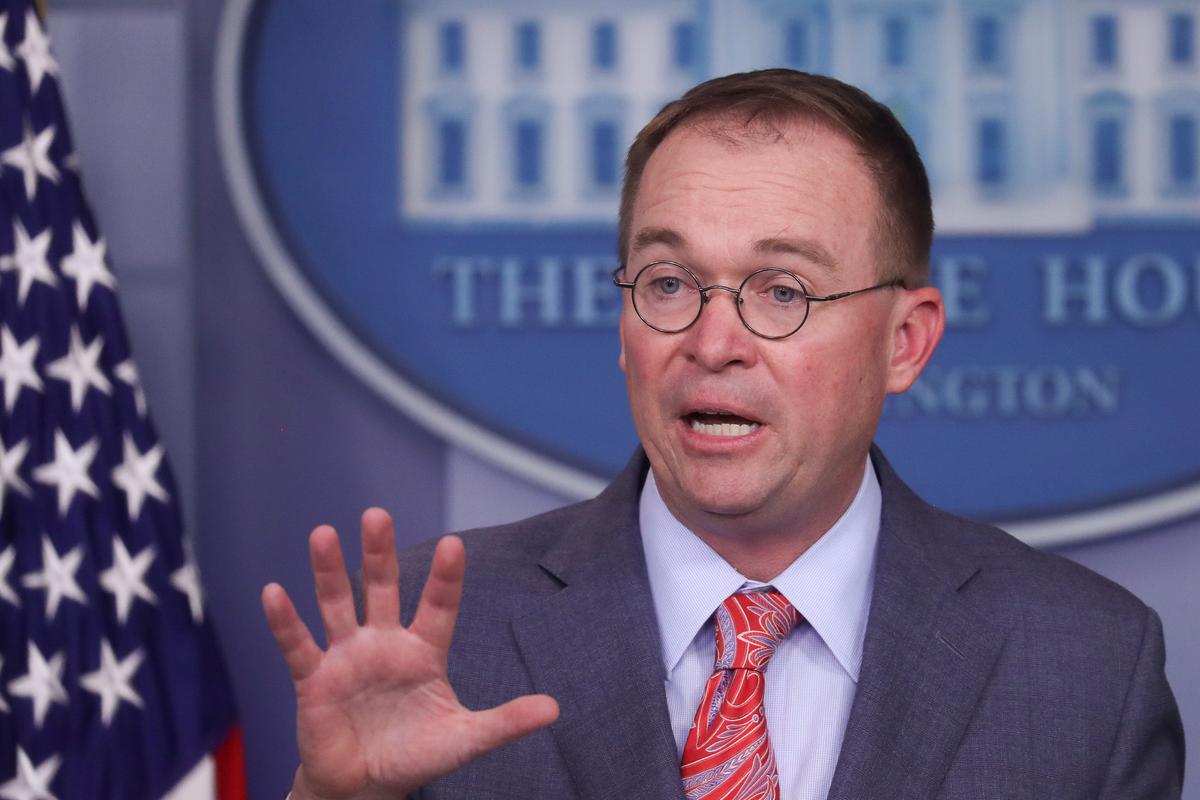 White House acting Chief of Staff Mick Mulvaney told reporters on Thursday that Trump’s decision to withhold $391 million in aid to Ukraine was linked to his desire for an investigation by Kiev into a debunked theory that a Democratic National Committee (DNC) computer server was held in Ukraine.

After weeks in which the president argued that the impeachment probe against him was illegitimate because he had not improperly sought political favors, Mulvaney’s comments, which he subsequently sought to walk back, seemed to undermine the core arguments that Trump and his advisers have made against the effort to oust him from office.

“Unless your ultimate goal is to get to the impeachment vote sooner rather than later, I don’t see how that helps,” said one former administration official with ties to the White House.

“I don’t think it’s damning in and of itself, but it’s another piece of the puzzle that the Democrats are building and another incident that they can point to of using American foreign policy for private political gain,” he said.

One of Trump’s fellow Republicans, U.S. Senator Lisa Murkowski, was quoted in media reports as saying: “You don’t hold up foreign aid that we had previously appropriated for a political initiative. Period.”

Democrats in the House of Representatives are holding hearings over concerns that Trump improperly pressured Ukraine to investigate a political rival, former Vice President Joe Biden, and his son Hunter, who sat on the board of a Ukrainian energy company. The House could vote on impeachment later this year, which would trigger a trial in the Senate, which is controlled by Republicans.

The confirmation of a quid pro quo, or favor for a favor, would help bolster Democrats’ arguments that Trump misused his office.

Mulvaney later accused the media of misconstruing his comments. But his remarks at the White House, made while the president was traveling in Texas, tied action on the DNC server to the decision about the aid.

“Did he also mention to me … the corruption related to the DNC server?  Absolutely. No question about that. But that’s it. And that’s why we held up the money,” Mulvaney said in the White House briefing room after explaining that Trump had also been concerned that European nations were not providing lethal aide to Ukraine.

Later in the day, in an effort to conduct damage control, Mulvaney said the withholding of aid was related strictly to Trump’s concerns about corruption and the fact that other nations were not providing financial support to the country.

“Let me be clear, there was absolutely no quid pro quo between Ukrainian military aid and any investigation into the 2016 election. The president never told me to withhold any money until the Ukrainians did anything related to the server,” he said in a written statement released by the White House.

‘RESORTING TO THE TRUTH’

Democrats have zeroed in on Trump’s July call with Ukrainian President Volodymyr Zelenskiy in which he asked for “a favor” to look into the server as well as the California-based cybersecurity firm CrowdStrike, which was hired by the DNC in 2016 to investigate hacking of Democratic emails that it later determined was done by Russia.

The DNC server issue is a discredited claim that Ukraine and not Russia interfered in the 2016 U.S. election and that a Democratic Party computer server was being held somewhere in Ukraine.

“It looks like the White House is so desperate they are finally resorting to the truth. The problem is the truth is an admission of the crime,” Democratic Representative Peter Welch said about Mulvaney’s initial comments.

“The fact that he said that openly is either a brazen admission or they just don’t know the law,” said Democratic Representative Raja Krishnamoorthi.

Republicans, for their part, expressed concern about the White House’s strategy of getting its messaging across.

“Whether or not there’s any wrongdoing is one thing, but … the lack of a coordinated messaging effort has made it much more complicated,” said another former administration official, who noted that Mulvaney was unlikely to have conducted the briefing without Trump’s blessing.

The president said he had confidence in his acting chief of staff.

Mulvaney said in the same briefing that the White House had not set up a “war room” to address the impeachment inquiry because Trump had done nothing wrong.

“Just because you’ve done nothing wrong does not mean you do not need a dedicated committed group of support staff dedicated to making sure that the American people understand that this is a witch hunt and why,” said one Republican with ties to Trump.

“The president cannot do everything by himself. He needs … a dedicated team to help him through this.”