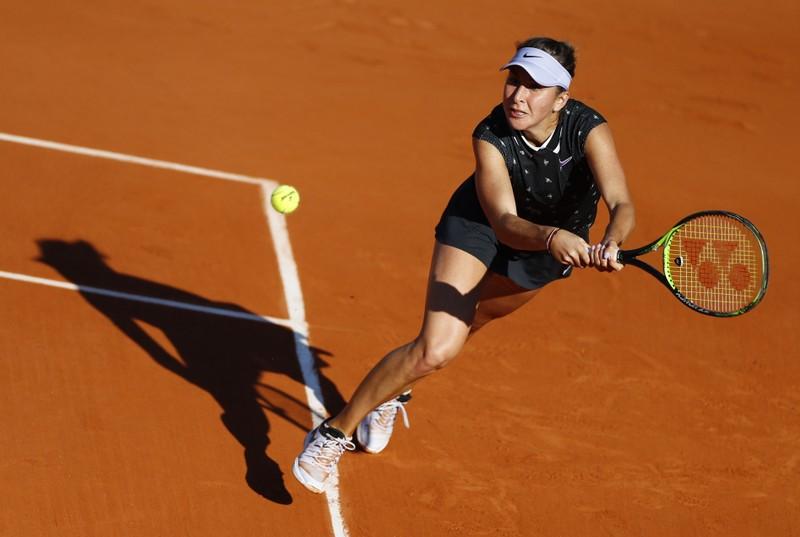 (Reuters) – Switzerland’s Belinda Bencic powered past Kristina Mladenovic 6-3 6-4 on Saturday to reach the Kremlin Cup final in Moscow and secure the eighth and final spot in the season-ending WTA Finals starting later this month.

“It’s a dream to be competing at the WTA Finals and to be one of the top eight,” Bencic said in a courtside interview.

“It makes it even more special that I booked my ticket at the last possible minute. This match had so much pressure and I was so nervous. Now I’m over the moon to win today and achieve this dream.”

Before that, Bencic will look to seal her second title of the year after her success in Dubai and takes on 2014 Kremlin Cup champion Anastasia Pavlyuchenkova in the final.

The Russian earlier outlasted Wimbledon quarter-finalist Karolina Muchova 6-4 6-7(6) 6-1 in the other semi-final.

“It’s amazing to be back in the final for the third time,” Pavlyuchenkova said. “Every year I play here, I look forward to have a trophy… I’m one step closer now, and that’s special.”

Among the men, Adrian Mannarino eased past Italy’s Andreas Seppi 6-3 6-4 to surge into the final and remain on course to claim his second ATP Tour trophy after winning the Libema Open in June.

Reporting by Shrivathsa Sridhar in Bengaluru, editing by Pritha Sarkar