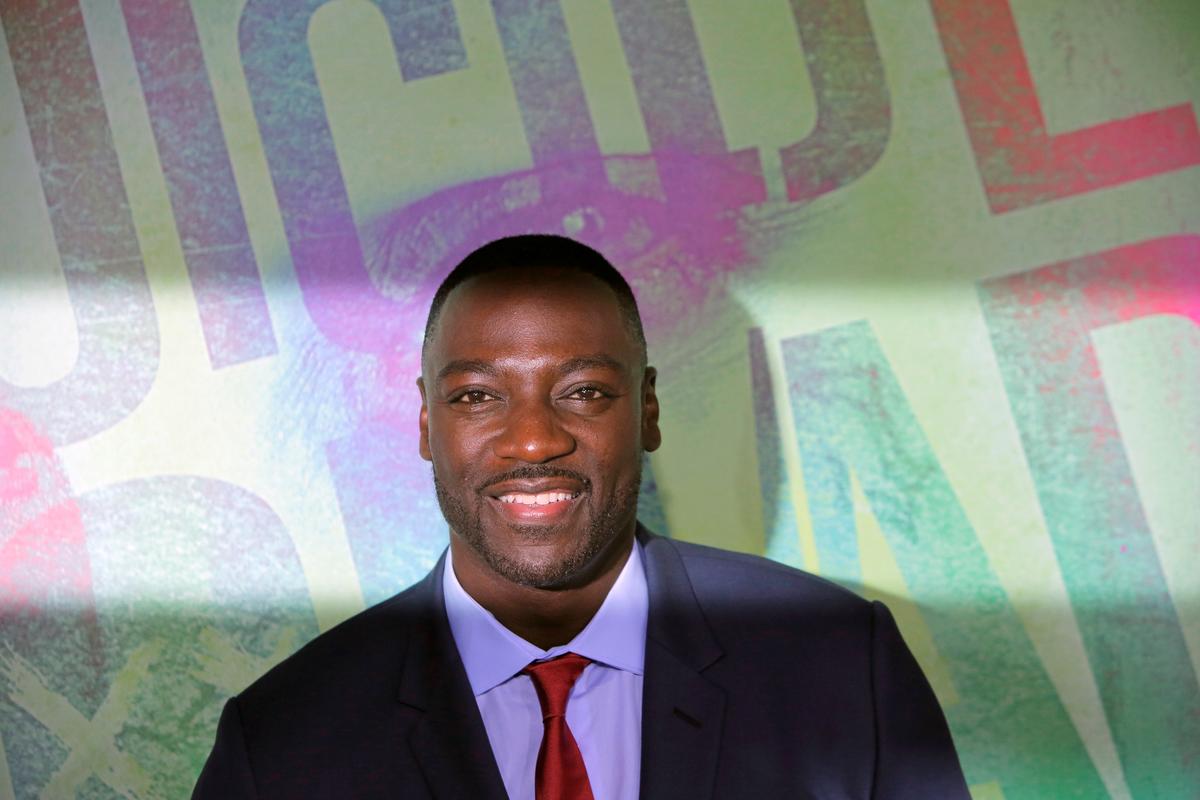 LAGOS (Reuters) – British-born Adewale Akinnuoye-Agbaje was taken into foster care by a white family near London as a baby in the 1960s. As a youth, the unthinkable happened: the black boy joined a gang of violent white supremacists.

Now an award-winning actor, he has brought his story to cinemas in his country of origin – Nigeria. He hopes his directorial debut will be part of a “healing” process for people who sought foster care to give their children a better life.

Farming, the film’s title, takes its name from a term used to describe the practice of Nigerian immigrants fostering their children to white families in Britain so they could work, study and save money. It refers to the idea that the children were “farmed” out.

The aim of the practice, mainly prevalent from the 1960s to 1980s, was for the immigrants to eventually return to Nigeria.

“Perhaps this can provide a healing in some sense but ultimately a re-evaluation of our child-rearing processes,” Akinnuoye-Agbaje told Reuters at the film’s Nigerian premiere on Saturday in the country’s commercial capital, Lagos, after first being screened in London last month.

“I’m hoping that it will create a dialogue and a collective therapy for those that are still suffering, and a healing because many of the Nigerian farmers don’t actually go back for the children that were fostered,” he said.

As a six-week-old baby in 1967, Akinnuoye-Agbaje was left in the care of a white family in Tilbury, a southeast England town around 20 miles east of central London. And, as a youth, he joined a gang of skinheads – a far-right subculture often associated with racist violence in Britain.

Membership in a gang that previously tormented him ended when his biological father, who had relocated to Nigeria where he worked as a barrister, paid for him to attend a private school in the affluent English county of Surrey.

That step was taken after he was contacted by Akinnuoye-Agbaje’s foster mother.

“It is an important part of British history as well as Nigerian culture, so to be able to bring a story that I have harboured for so long home to the Nigerian audience is… a wonderful sense of accomplishment,” said Akinnuoye-Agbaje.

The film – which cost 3 million pounds ($3.89 million) to make and stars British actor Kate Beckinsale as the foster mother – was greeted with cheers and applause in a packed cinema hall in the upmarket Lagos district of Lekki.

Thousands of Nigerians leave the west African country each year in search of a better life abroad – often in Europe and the United States. Some of those who attended the screening said it was interesting to see a depiction of life overseas that differed from their expectations.

“When it comes to racism… we normally focus on America but it was nice to see what actually happened in the UK (United Kingdom),” said broadcaster Simi Drey.

Similarly, a cinematographer who goes by the name T-Cent said he was surprised by the portrayal of people typically seen as having benefited from life in a nation richer than Nigeria, where most people live on less than $2 a day.

“We look at these people and we say they are very, very privileged, but then everyone has their internal struggles,” he said.