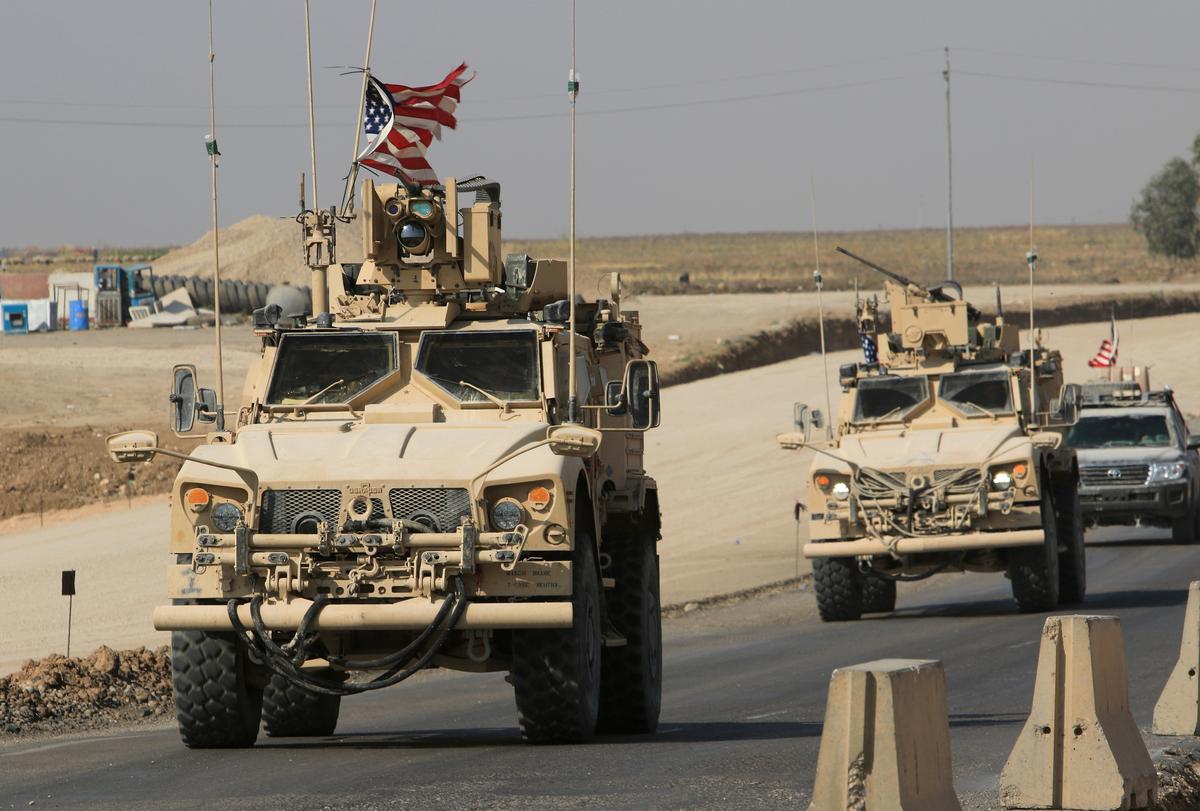 U.S. troops are crossing into Iraq as part of a broader withdrawal from Syria ordered by President Donald Trump, a decision that allowed Turkey to launch an offensive against the SDF which for years was a U.S. ally battling Islamic State.

More than 100 vehicles crossed the border into Iraq early on Monday from the northeast tip of Syria, where Turkey agreed to pause its offensive for five days under a deal with Washington.

The truce expires late on Tuesday, just after Turkish President Tayyip Erdogan is set to discuss next steps in the region at a meeting in Russia with President Vladimir Putin.

Speaking to reporters during a trip to Afghanistan, Esper said that, while the U.S. withdrawal was under way, some troops were still with partner forces near oilfields and there had been discussions about keeping some of them there.

He said that was one option and no decision had been made “with regard to numbers or anything like that”. The Pentagon’s job was to look at different options, he added.

“We presently have troops in a couple of cities that (are)located right near that area,” Esper said. “The purpose is to deny access, specifically revenue to ISIS (Islamic State) and any other groups that may want to seek that revenue to enable their own malign activities.”

Trump’s shift has opened a new chapter in Syria’s more than eight-year war and prompted a rush by Turkey and by the Damascus government and its ally Russia to fill the vacuum left by the Americans.

His decision has been criticized in Washington and elsewhere as a betrayal of Kurdish allies who had fought for years alongside U.S. troops in a region rich in oil reserves and farmland.

The New York Times reported late on Sunday that Trump was now leaning in favor of a new military plan to keep about 200 U.S. troops in eastern Syria near the Iraq border. The White House did not immediately respond to a request for comment.

Turkey is seeking to set up a “safe zone” as a buffer against the YPG militia, the main component of the SDF. Ankara sees the YPG as a terrorist group due to its links to Kurdish insurgents in southeast Turkey.

A convoy of U.S. vehicles is seen after withdrawing from northern Syria, at the Iraqi-Syrian border crossing in the outskirts of Dohuk,, Iraq, October 21, 2019. REUTERS/Ari Jalal

Erdogan has said Ankara will resume its assault in Syria when the deadline expires on Tuesday if the SDF has not pulled back from its proposed zone, which spans much of the border.

“We will take up this process with Mr Putin and after that we will take the necessary steps” in northeastern Syria, Erdogan told a forum in Istanbul hosted by broadcaster TRT World on Monday, without elaborating.

Erdogan has also said Turkey will set up a dozen observation posts in the “safe zone”, prompting criticism from Iran.

“The issues should be resolved by diplomatic means … Syria’s integrity should be respected,” said Mousavi, whose country is a staunch ally of Syrian President Bashar al-Assad.

Russian Defence Minister Sergei Shoigu was quoted as saying that Moscow, which is also allied with Damascus, hopes its coordination with the United States and Turkey will help security and stability in the region.

Turkey’s nearly two-week old offensive has displaced some 300,000 people and led to 120 casualties among civilians and 470 among SDF fighters, the Syrian Observatory for Human Rights said on Sunday. Turkey says 765 terrorists but no civilians have been killed in its offensive.

On Sunday, the SDF said they had withdrawn from the border town of Ras al Ain under the U.S.-brokered ceasefire deal, but a spokesman for Turkish-backed Syrian rebels said the withdrawal was not yet complete.

Turkish security sources said on Monday Kurdish YPG forces were advancing toward Al Hasakah, which is south of the proposed safe zone, adding some 125 vehicles had already left. They also said more than 80 Kurdish militants had been captured alive or surrendered to Turkish forces.

Additional reporting by Idrees tktk Can Sezer and Ezgi Erkoyun in Istanbul, Ece Toksabay in Ankara, Parisa Hafezi in Dubai and Anton Kolodyazhnyy in Moscow; Writing by Jonathan Spicer; Editing by Gareth Jones