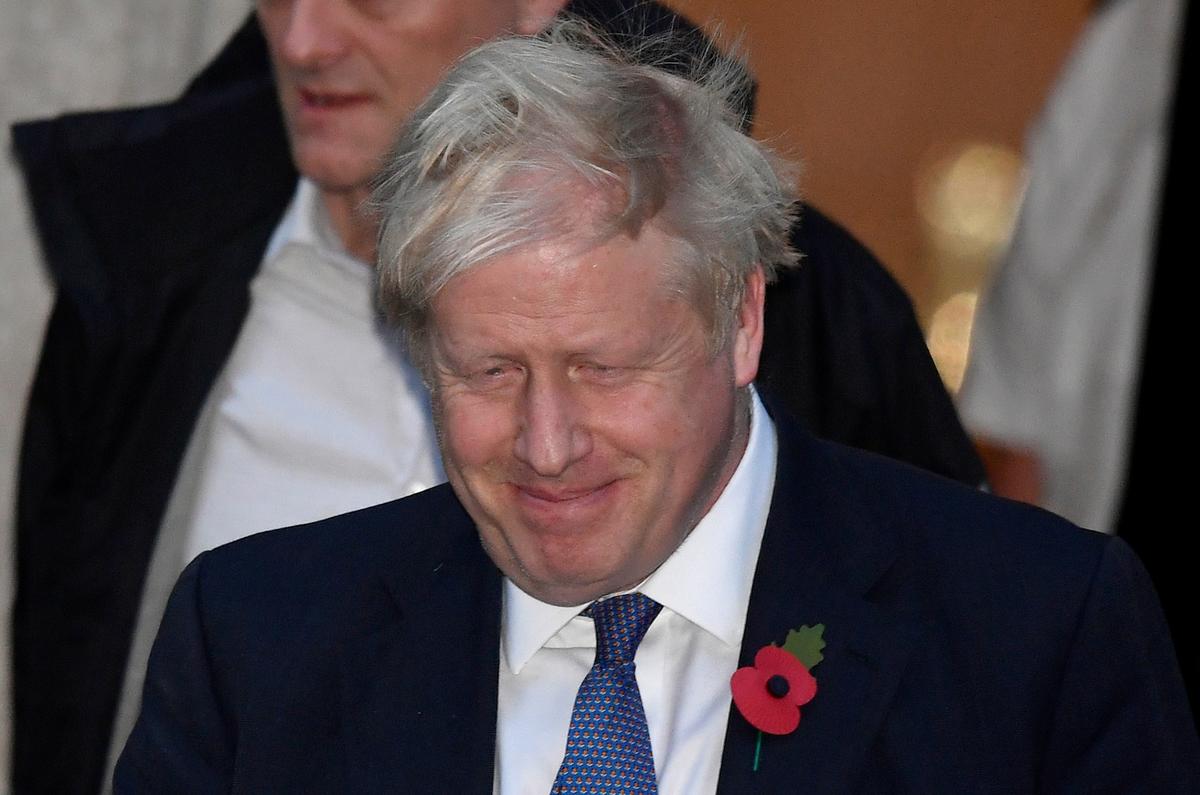 LONDON (Reuters) – Britain was heading towards a December election on Tuesday after Prime Minister Boris Johnson’s bet on breaking the Brexit deadlock with an early vote gained support from opposition parties.

As the European Union finalises a third delay to the divorce that was originally supposed to take place on March 29, the United Kingdom, its parliament and its voters remain divided on how or indeed if to go ahead with Brexit.

Johnson, who had promised to deliver Brexit on Oct. 31, “do or die”, has repeatedly demanded an election to end what he casts as a nightmare paralysis that is sapping public trust by preventing any Brexit outcome at all.

After parliament refused Johnson his third demand for an election on Monday, he will try to force a bill through parliament on Tuesday that calls for a Dec. 12 election. It needs a simple majority in parliament.

In a move that raises the chances of a rare parliamentary success for Johnson, the opposition Labour Party’s leader Jeremy Corbyn said its condition of ruling out a no-deal Brexit had been met so it would support an election.

“We will now launch the most ambitious and radical campaign for real change our country has ever seen,” Corbyn, a veteran socialist campaigner, told his senior team, according to his office.

Lawmakers could still bring significant changes to Johnson’s bill. Opposition parties are still squabbling over which day in early December is best for an election and whether to allow settled European Union citizens a vote.

Meanwhile, the legislation enacting Johnson’s Brexit deal has been put on hold, pending an election, Jacob Rees-Mogg, who oversees the government’s legislative agenda in the House of Commons, said.

The first Christmas election in Britain since 1923 would be highly unpredictable: Brexit has variously fatigued and enraged swathes of voters while eroding traditional loyalties to the two major parties, Conservative and Labour.

Ultimately, voters would have a choice between an emboldened Johnson pushing for his Brexit deal or a socialist government under Corbyn renegotiating the deal before a referendum.

If no party wins conclusively, the Brexit deadlock will continue.

“I think we’ve just got to bring this to some sort of resolution. We’ve had many votes in the last 12 months in parliament and I think a general election might be a way to sort it all out,” one commuter, Matt Finch, 36, told Reuters outside the capital’s Charing Cross rail station.

While almost all British politicians agree that an election is needed, Johnson’s opponents want to inflict maximum political damage by preventing his last-minute deal from being ratified before the poll.

Johnson, in turn, is trying to shift the blame for failing to deliver Brexit by Oct. 31 on to parliament.

“We will not allow this paralysis to continue and, one way or another, we must proceed straight to an election,” Johnson told parliament on Monday. “This House cannot any longer keep this country hostage.”

Such is the lack of trust in parliament that lawmakers are squabbling about almost everything from the sequencing of Brexit to the exact date of the election.

Behind the bickering, though, Johnson is closer to an election than he has ever been in his tumultuous 3-month premiership.

“We have now heard from the EU that the extension of Article 50 to 31st January has been confirmed, so for the next three months, our condition of taking no deal off the table has now been met,” Corbyn said.

“We won’t accept any jiggery-pokery from the prime minister,” Ian Blackford, the Scottish National Party’s Westminster leader, said. “Our vote certainly can’t be taken for granted.”

Johnson’s Conservatives are ahead of Labour by an average of about 10 percentage points in polls this month, though pollsters underestimated the support for Brexit in 2016 and admit that the models they use are wilting beside the Brexit furnace.

When Johnson’s predecessor, Theresa May, bet on a snap election in 2017, she lost her slender majority – a failure that ultimately prevented her from ratifying her Brexit deal and so sank her political career.