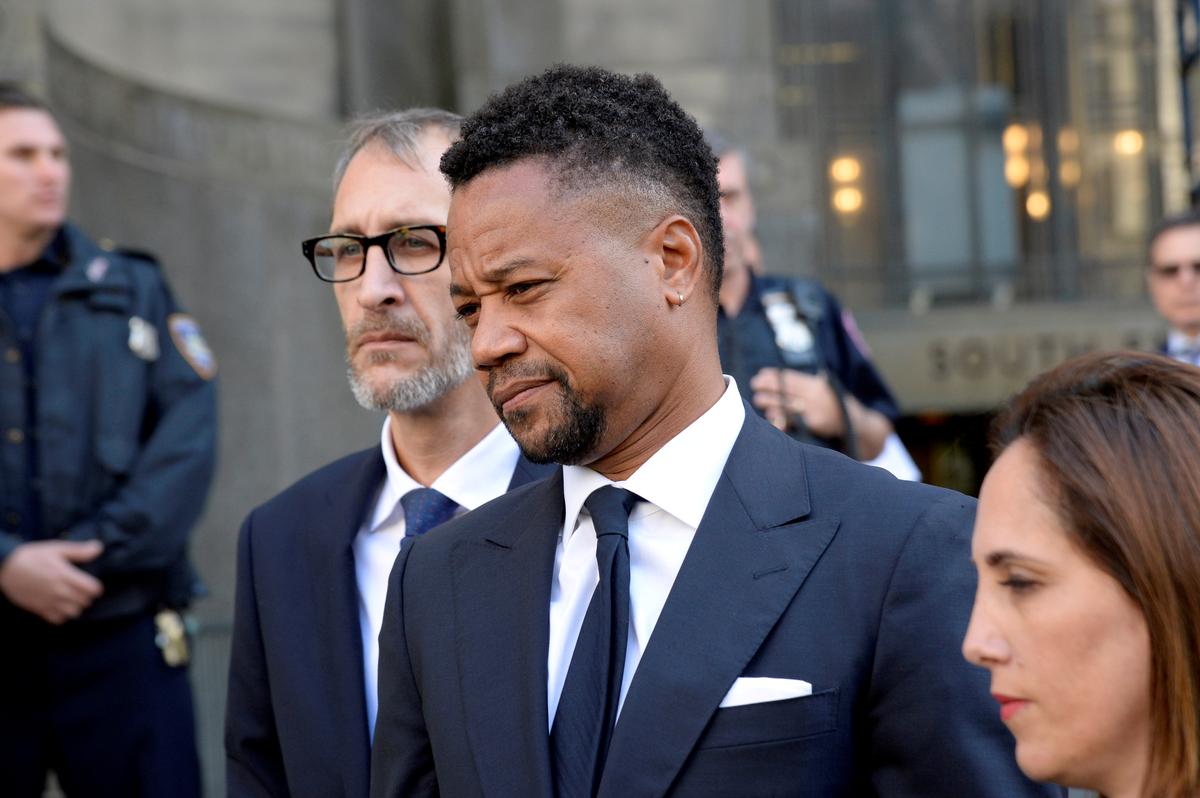 NEW YORK (Reuters) – Actor Cuba Gooding Jr pleaded not guilty on Thursday to new charges of sexual misconduct involving a third woman, less than a month after pleading not guilty to accusations of groping one woman’s breasts and pinching another’s buttocks.

Gooding pleaded not guilty to the new misdemeanor charges of forcible touching and sexual abuse in Manhattan Supreme Court. Details of the charges, which were brought by Manhattan District Attorney Cyrus Vance, were not immediately available.

Mark Heller, a lawyer for Gooding, had called the charges “totally fraudulent” on Wednesday.

Gooding, 51, won a best supporting actor Oscar in 1997 for the film “Jerry Maguire” and is known for roles in movies including “A Few Good Men” and “The Butler” and in the television miniseries “The People v. O.J. Simpson.”

He was previously charged with one count of forcible touching and one count of sexual abuse in connection with each of the first two accusers. He pleaded not guilty on Oct. 15.

Prosecutors said at the time that they hoped to establish a pattern of behavior at Gooding’s trial using testimony from 12 additional women who have said they were subjected to unwanted touching and advances by the actor in bars and clubs.

The woman behind the new charges is not one of those 12, a prosecutor said in court Thursday.

Gooding, who is divorced, is one of dozens of men in politics, entertainment, sports and the business world who have been accused of sexual misconduct since allegations against movie producer Harvey Weinstein triggered the global #MeToo movement.

Weinstein is scheduled to stand trial in New York in January on charges of rape and assault involving two women. He has denied any non-consensual sex.