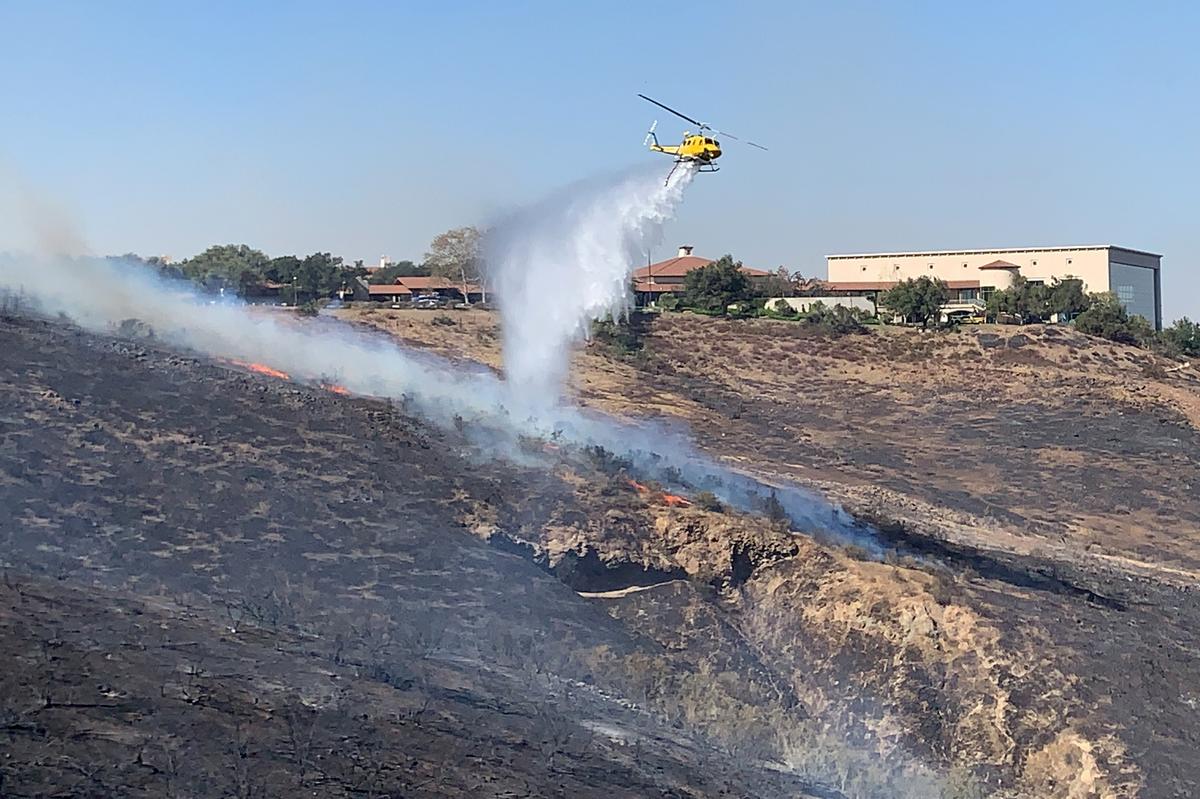 SIMI VALLEY, Calif. (Reuters) – A herd of 500 goats helped save California’s Ronald Reagan library from a wildfire on Wednesday, after the voracious animals earlier this year ate flammable scrub surrounding the hilltop complex.

The hired goats munched through brush to create a fire break that slowed the blaze and let firefighters douse flames on Wednesday before they reached exhibits like an Air Force One jet and a piece of the Berlin Wall, a library spokeswoman said.

“We were told by one of the fire fighters that they believe that fire break made their job easier,” said Melissa Giller. “The brush only went so far, it didn’t reach the library, because the goats ate it all.”

The complex near Simi Valley is the second big southern California institution in as many days to be protected from a rash of wildfires by fire-prevention work.

Driven by gale-force winds, the so-called Easy Fire surrounded the Reagan library on Wednesday morning, coming less than 50 feet from a hangar housing the Boeing 707 aircraft used by the former Republican president.

The site houses papers and memorabilia from Reagan’s 1981-1989 administrations, and the Cold War leader is buried there alongside his wife Nancy.

Given the high risk of wildfires in the area, the Reagan foundation hired the goats from local company 805 Goats in May to clear around 13 acres (5 hectares) of scrub.

With names including Vincent Van Goat and Selena Goatmez, the mainly Boer goats like to eat noxious weeds and other invasive species that fuel wildfires, said company owner Scott Morris, 43.

Morris had never touched a goat until last November, when he started the company, charging around $1,000 per acre cleared.

“At the end of the day, you kind of sit down and say ‘wow, we had an impact,’” said the former business consultant, who not only helped save the Reagan library on Wednesday, but helped a rancher rescue 100 goats trapped in a burning barn.

With California’s wildfires growing larger and more frequent due to rising temperatures and erratic winds, Morris said he would need to double his herd to meet soaring demand.

By 6 p.m. the Easy Fire had burned over 1,650 acres, forced around 30,000 people to evacuate their homes, and destroyed some structures, according to fire authorities.

“All the flames are gone, all we see are charred hillsides,” said Giller. “We feel the worst is over and the Reagan library is safe.”