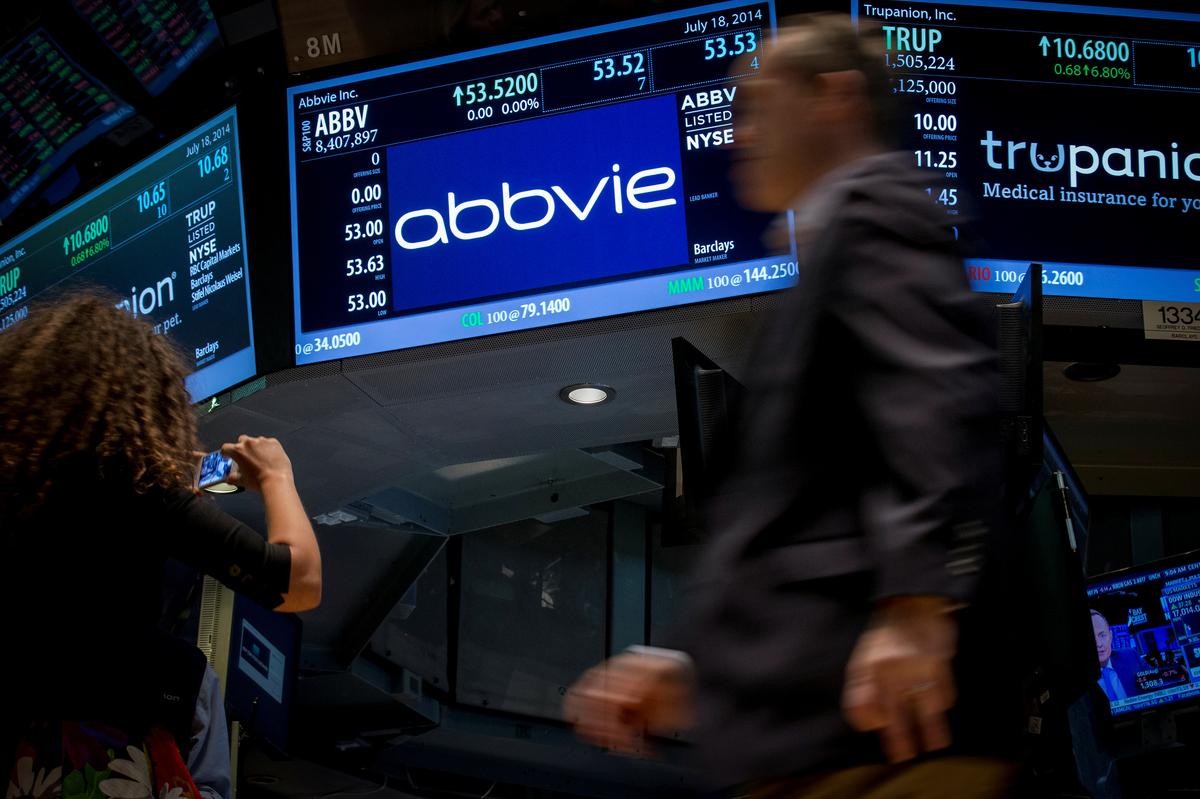 (Reuters) – AbbVie Inc (ABBV.N) on Friday forecast 2019 revenue above Wall Street estimates and expressed confidence in future sales of blockbuster wrinkle treatment Botox, which it will acquire with its $63 billion purchase of Allergan Plc (AGN.N).

Shares of the Illinois-based drugmaker rose more than 3% to $82.10.

AbbVie is counting on the Allergan acquisition, expected to close early next year, to help lessen its dependence on Humira, the world’s top selling medicine, and diversify its product portfolio.

Humira, which treats rheumatoid arthritis and psoriasis, has begun to come under pressure from cheaper rivals in Europe and faces patent expiration in the United States, its biggest market, in 2023.

Third-quarter Humira sales dipped 3.7% to $4.94 billion, a decline primarily due to biosimilar competition in Europe. That still topped Wall Street expectations of $4.89 billion, according Refinitiv.

The deal for Allergan will give AbbVie another multibillion-dollar product with a lucrative aesthetics business that does not depend on insurance reimbursement, as well as several medical uses. Botox sales in 2018 reached $3.6 billion.

Despite competition from a new rival made by Evolus Inc (EOLS.O), the companies are confident that Botox’ strong brand recognition and market dominance will continue to power sales.

AbbVie said it now expects 2019 revenue to grow about 2.5% on an operational basis, implying the drugmaker will exceed the average estimate of $33.16 billion analysts have forecast for the year.

Excluding items, AbbVie earned $2.33 per in the quarter, edging past analyst’ average estimate by 3 cents. That was helped by a nearly 30% jump in sales of leukemia treatment Imbruvica to $1.26 billion, ahead of estimates of $1.19 billion.

AbbVie said it was cooperating with regulators after receiving a request for more information on the Allergan deal from the U.S. Federal Trade Commission.

The company added it has “several interested parties” keen to buy the two treatments it plans to divest in order for the deal to go through.

Reporting by Tamara Mathias and Saumya Joseph in Bengaluru and Carl O’Donnell in New York; Editing by Anil D’Silva and Bill Berkrot