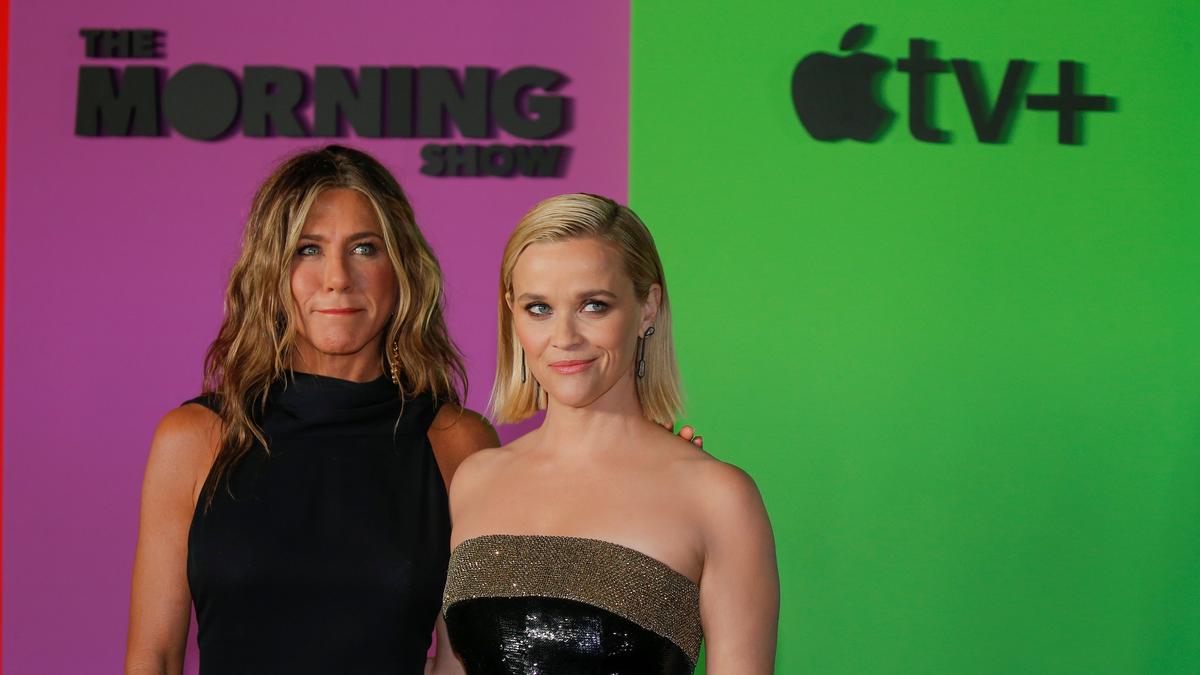 All of the programming is original because, unlike Netflix Inc and the forthcoming Disney+ from Walt Disney Co, Apple does not have rights to a back catalog of TV shows and movies.

That makes Apple’s offering relatively slim compared to other online video services. It is also cheaper than competitors at $4.99 per month. And anyone who has purchased an iPhone, iPad, Apple TV device, iPod touch or Mac after Sept. 10 can get a free subscription for one year.

Cook, in an interview with Reuters on Wednesday, said he welcomes the wide range of competition in streaming video because he believes it will encourage more people to drop cable television and seek digital entertainment options.

“That really advantages not only Apple, but everyone in the streaming field,” Cook said.

Launching in more than 100 countries and territories, Apple TV+ will debut with four TV series for adults, an episode of “Oprah’s Book Club,” a nature documentary, and three children’s series. Additional programming will be added each month.

Here is what to expect on day one.

One of Apple’s most heavily promoted programs, the drama series stars Jennifer Aniston in her first TV role since “Friends,” alongside Reese Witherspoon and Steve Carell. The series, set behind the scenes of a morning news show, explores power dynamics between men and women in the workplace, ethics in the news business and ageism.

Reaction from TV critics has been mixed, with a 59 percent positive rating as of Thursday on the Rotten Tomatoes website, which aggregates reviews.

The Hollywood Reporter’s Daniel Fienberg said the show started with “a brutally dull pilot and a meandering second episode” before picking up steam in later episodes.

Judy Berman of Time magazine called the series “a sophisticated drama with A-list stars that capitalizes on hot topics and hot gossip.”

The first three episodes of a planned 10-episode season debut on Friday. A new episode will be released each Friday thereafter.

This 10-episode science-fiction drama series imagines a world where the Soviet Union wins the space race. That sets the stage for an alternate history with sweeping ripple effects on everything from women’s rights and the environment to the Vietnam War.

Among reviews collected on the Rotten Tomatoes website, 73 percent were positive as of Thursday.

As with “The Morning Show,” the first three episodes debut on Friday, and a new episode will be released each Friday thereafter.

Set in the 19th Century, the series is a half-hour dark comedy that reimagines poet Emily Dickinson, played by Hailee Steinfeld, as a rebellious teenager.

It had a 76 percent positive rating on Rotten Tomatoes as of Thursday. All 10 episodes launch on Friday.

Starring “Aquaman” and “Game of Thrones” actor Jason Momoa, the epic drama takes place 600 years in the future after a virus has decimated most of humankind. Those who have survived are blind and must adapt while fighting to protect themselves from a powerful queen. Alfre Woodard co-stars.

“Although the show creates a ruthless world – the action is brutal and visceral, and the story advances quickly – it’s not inventive enough to overcome the stilted dialogue and stock characters,” wrote Brian Lowry of CNN.com.

The first three of eight episodes debut on Friday, and a new one will be released every Friday thereafter.

In the first episode, Oprah Winfrey discusses the novel “The Water Dancer” with author Ta-Nehisi Coates. The book tells the story of a young man who was born into slavery and later joins the abolitionist movement and the underground railroad.