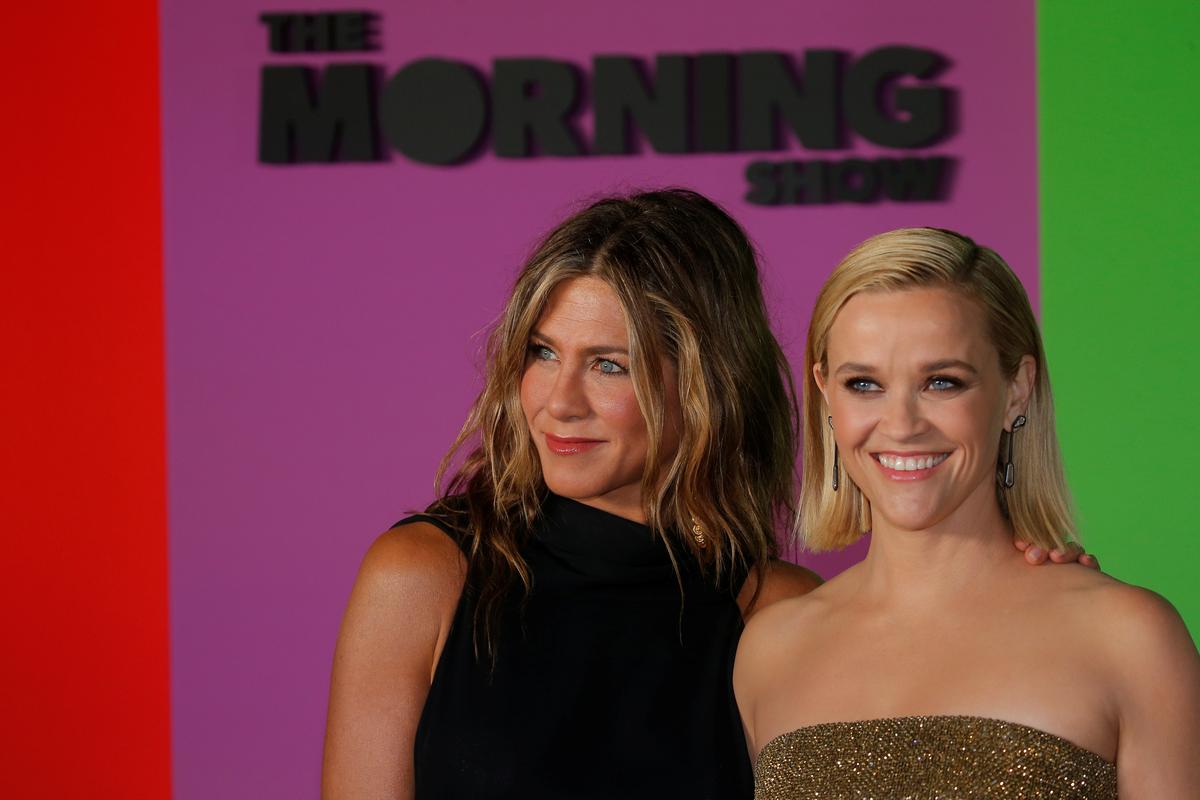 LONDON (Reuters) – Jennifer Aniston returns to television on Friday in “The Morning Show”, an original show for Apple Inc’s new subscription video service, in which the actress reunites with her “Friends” sister Reese Witherspoon.

In the 10-episode program, Aniston plays a well-known television journalist on a fictional morning program whose male co-presenter, played by Steve Carell, has been fired amid sexual harassment accusations.

The 50-year-old actress, who rose to global stardom through “Friends”, starred in a string of movies after the hit 1994-2004 series ended, including “Horrible Bosses”, “The Break-Up” and “Marley & Me” on top of a few cameos on television shows.

“It wasn’t really about TV versus film,” Aniston told reporters at a London screening of “The Morning Show” about taking on a television starring role.

“It was really the show … I love morning talk shows and getting to learn about the world behind it is just fascinating … It was the most rewarding thing I’ve done in years.””The Morning Show” looks at issues highlighted by the #MeToo movement – which has drawn attention to sexual harassment and abuse of women in the fields of entertainment, business and politics – as well as ageism.

“I haven’t necessarily felt that ageism has affected me only because I feel like I’m working more than I’ve ever worked,” Aniston said.

“The #MeToo of it all, we’re all kind of trying to find our way and understand this new normal. And I think the show does a really good job of shedding a light on that.”

Oscar winner Witherspoon, who played Aniston’s sister on “Friends”, portrays a young reporter. Both actresses were also executive producers on “The Morning Show”.

“And then it was an amazing opportunity to be part of Apple’s launch … it’s a company that knows how to create a moment when the iPhone comes out, you know it’s coming out. And I think everyone knows our show is coming out right now too.”