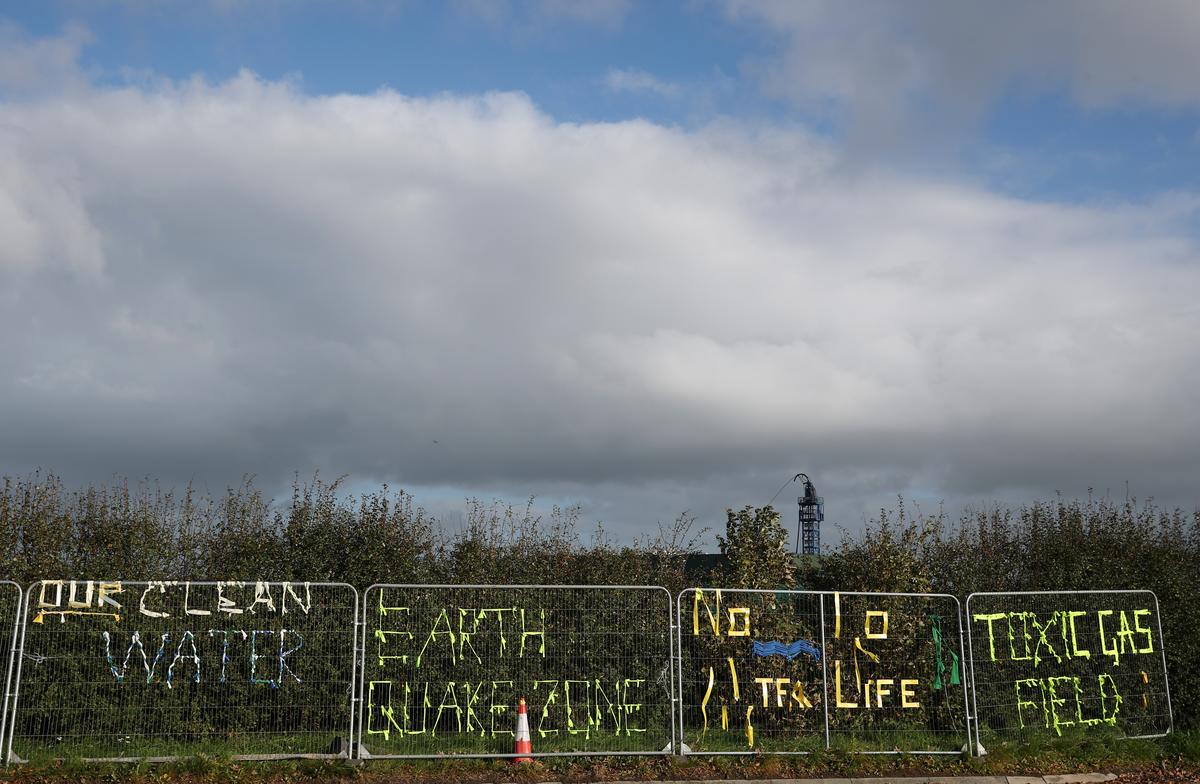 LONDON (Reuters) – Britain will impose an immediate moratorium on fracking, the government announced on Saturday, saying the industry risked causing too much disruption to local communities through earth tremors.

Prime Minister Boris Johnson’s government had previously signaled its support for the shale gas industry as it seeks ways to cut Britain’s reliance on imports of natural gas which is used to heat around 80% of Britain’s homes.

But fracking, which involves extracting gas from rocks by breaking them up with water and chemicals at high pressure, is fiercely opposed by environmentalists who say it is at odds with Britain’s commitment to reach net zero carbon emissions by 2050.

Saturday’s announcement comes as Johnson gears up for an election on Dec. 12.

“Exploratory work to determine whether shale could be a new domestic energy source in the UK … has now been paused – unless and until further evidence is provided that it can be carried out safely here,” the business and energy department said in a statement.

The decision follows a report on an incident at a site run by British energy company Cuadrilla near Blackpool, northern England where a 2.9-magnitude tremor shook houses in August.

An anti-fracking campaign by local people emerged as a flashpoint in a growing climate activist movement opposing new fossil fuel projects around the world. Hundreds of protesters have been arrested over the past few years for trying to disrupt Cuadrilla’s operations.

“The toll this has taken on our lives is immeasurable,” said Maureen Mills, from Halsall Against Fracking. “The industry is all about itself and its shareholders. Our communities are left physically and mentally drained and devastated. For what?”

“This is a major step in our global struggle against fracking,” said Xiuhtezcatl Martinez, 19, youth director of climate justice group Earth Guardians, who has been opposing the industry in his home state of Colorado for almost a decade.

The Blackpool incident was examined by the Oil and Gas Authority (OGA), which regulates and promotes Britain’s oil and gas industry.

Its report found it was not currently possible to predict accurately the probability or magnitude of earthquakes linked to fracking operations.

The energy department said it will not take forward proposed planning reforms for shale gas developments.

“After reviewing the OGA’s report into recent seismic activity … it is clear that we cannot rule out future unacceptable impacts on the local community,” Business Secretary Andrea Leadsom said.

Other sources of natural gas would continue to contribute to Britain’s energy mix, she added.

Cuadrilla is 47.4% owned by Australia’s AJ Lucas (AJL.AX), while a fund managed by Riverstone holds a 45.2% stake. There was no immediate comment from the company.