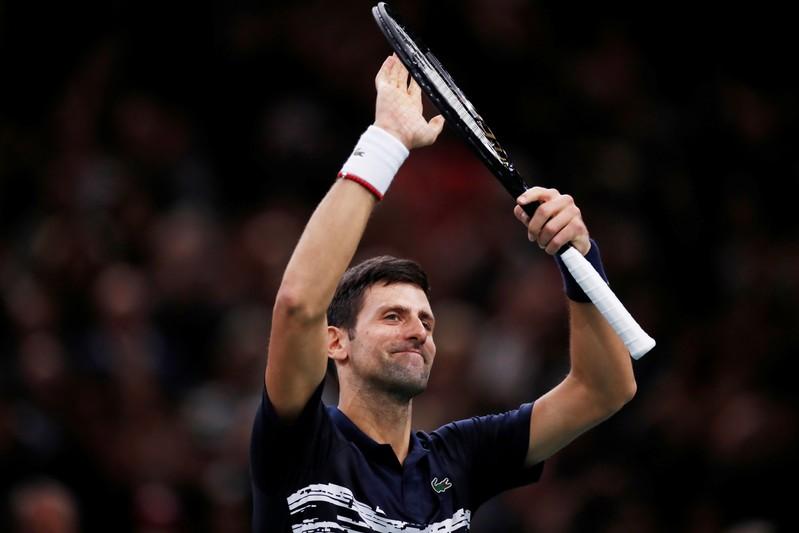 (Reuters) – Novak Djokovic and Roger Federer were drawn in the same group for this month’s year-ending ATP Finals in London while new world number one Rafa Nadal was drawn with defending champion Alexander Zverev in the tournament’s draw on Tuesday.

Djokovic and Federer were joined by Austrian Dominic Thiem and Italy’s Matteo Berrettini in Group Bjorn Borg while Nadal and Zverev were drawn alongside Greek Stefanos Tsitsipas and Russian Daniil Medvedev in Group Andre Agassi.

Federer has won the ATP Finals a record six times in his career — last winning the title in 2011 — while Djokovic has won it five times. Nadal has never won the tournament, losing in the final to Federer in 2010 and Djokovic in 2013.

Nadal, who dethroned Djokovic at the top of the ATP rankings on Monday, pulled out of the semi-finals of the Paris Masters last week due to an abdominal injury but the Spaniard confirmed he is set to travel to London after undergoing a scan.

The ATP finals take place between Nov. 10-17 and it is played in a round robin format, with the top two players from each group advancing to the semi-finals.

Reporting by Rohith Nair in Bengaluru; Editing by Christian Radnedge