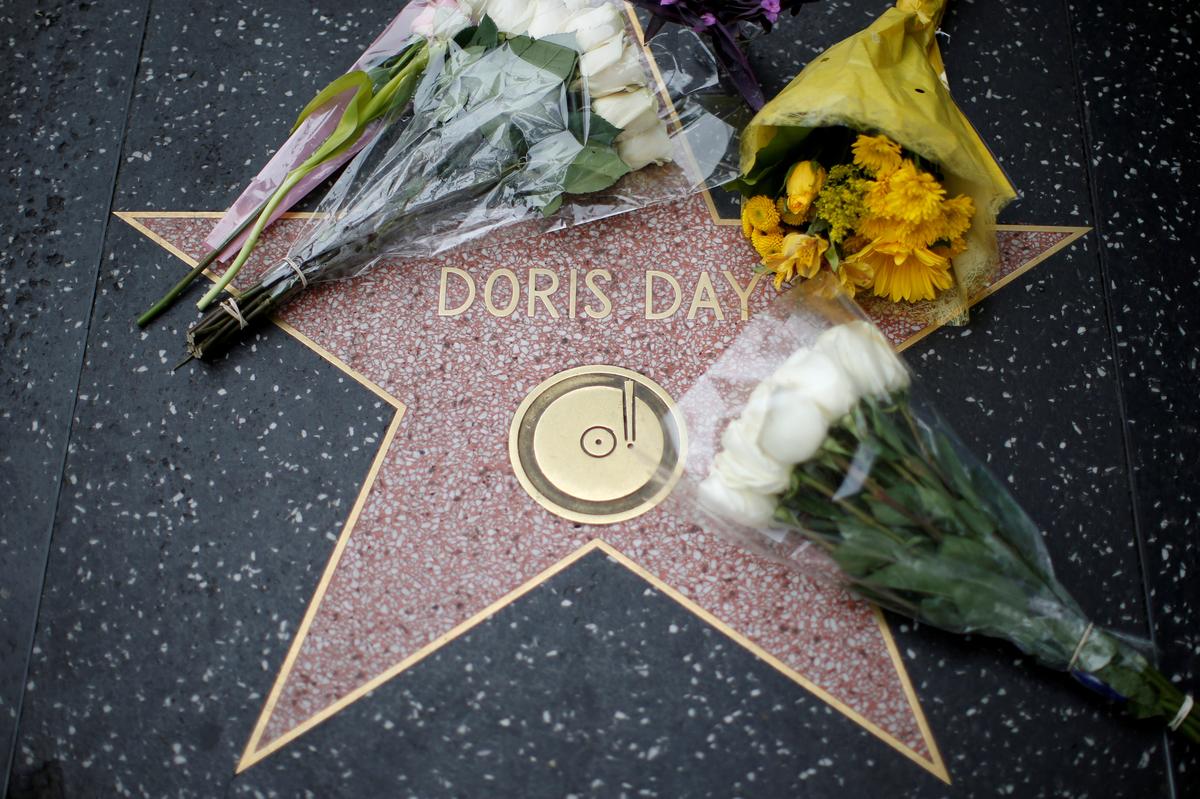 FILE PHOTO: Flowers are pictured by the star of late actor Doris Day on the Hollywood Walk of Fame in Los Angeles, California, U.S., May 13, 2019. REUTERS/Mario Anzuoni

(Reuters) – Doris Day’s four Golden Globe awards, her piano, and a collection of her gowns are among 800 items going up for auction next year, along with dozens of artifacts reflecting her passion for animals, Julien’s Auctions said on Wednesday.

Day, the cheery, girl-next-door who was one of the biggest stars of the 1950s and 1960s, died in May at the age of 97 in the Carmel, California, home she had made her refuge from Hollywood.

The auction in April 2020 will also include dozens of pieces of her furniture, art work and tableware, and numerous ceramic dogs, birds, decorative pigs and pictures of giraffes and other critters that adorned her rustic home, Julien’s said.

The classic 1930 Ford convertible that was seen in the opening of her 1980s talk show “Doris Day’s Best Friends” is expected to fetch between $10,000 and $20,000, while a planter decorated with brass elephants that was a gift from friend and actor Rock Hudson has an estimated sale price of up to $2,000.

“Anything from Doris Day’s home will be sought after in the auction, firstly because they’re so amazing and secondly because all of the proceeds will benefit her animal foundation. Everybody knows how she loved her animals and that was so important to Doris during her lifetime,” said Martin Nolan, executive director of Julien’s Auctions.

Day’s 1978 passport, her driving license and a painting by singer Tony Bennett are also among the items that will hit the auction block.

All the proceeds from the auction will benefit the Doris Day Animal Foundation that the singer and actress founded in 1978.

The auction will take place in Beverly Hills on April 4-5, 2020, and will be preceded by exhibitions in Ireland and on board the Cunard liner Queen Victoria during a March 2020 voyage from Florida to England.