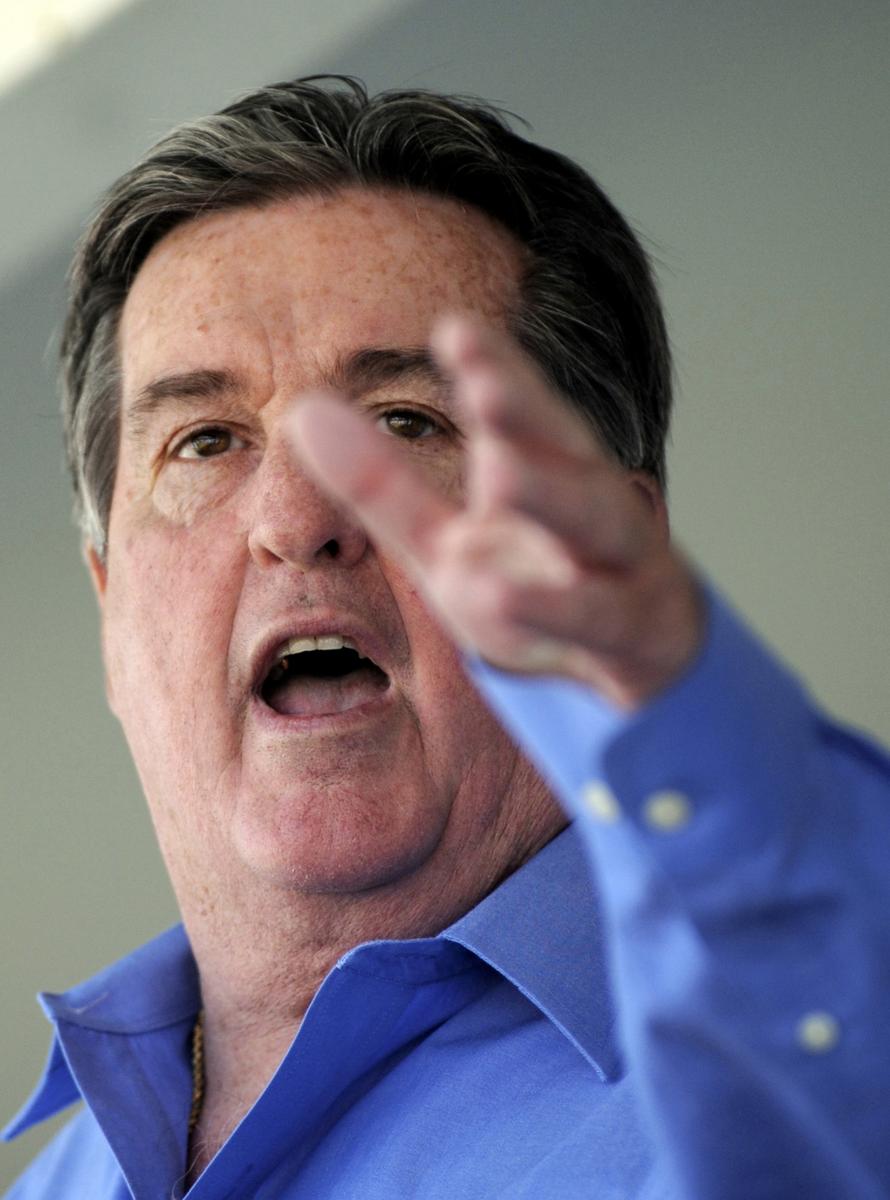 FILE PHOTO: United Auto Workers Region 9 Director Joe Ashton makes a point to the audience during a rally at the Delphi Plant in Lockport, New York, May 20, 2009. REUTERS/Gary Wiepert

Ashton, a former General Motors Co (GM.N) board member, conspired with other union officials to receive “hundreds of thousands of dollars in bribes and kickbacks,” charging documents alleged.

The U.S. Attorney’s Office said it expected to seek the forfeiture of approximately $250,000 from Ashton, who left the GM board in December 2017 amid the federal investigation.

On Sunday, UAW President Gary Jones, who has been linked here to the ongoing corruption probe by U.S. federal officials, took a paid leave of absence. The UAW did not immediately comment.

The FBI has been conducting a wide-ranging investigation into illegal payoffs to UAW officials by Fiat Chrysler Automobiles (FCHA.MI). The union had hoped the 2018 election of former regional director Jones as president would put the federal probe behind it.

The probe also expanded to look at the conduct of UAW officials, like Ashton, tied with managing the union’s relationship with GM.

To date, 10 people have pleaded guilty in connection with the criminal investigation into illegal payoffs. Last month, Jeffery Pietrzyk, a former high-level official in the UAW’s GM Department, pleaded guilty to conspiring with other UAW officials to engage in honest services fraud by taking over $123,000 in bribes and kickbacks from UAW vendors and contractors.

The widening probe raises questions about whether the U.S. government might seek to take over the UAW.

In 1988, the U.S. Justice Department sued to force out senior leaders at the International Brotherhood of Teamsters union and appoint a trustee because of the union’s connection to organized crime. The government oversaw the union from March 1989 until 2015, when it agreed to a five-year transition period that will end in February 2020.