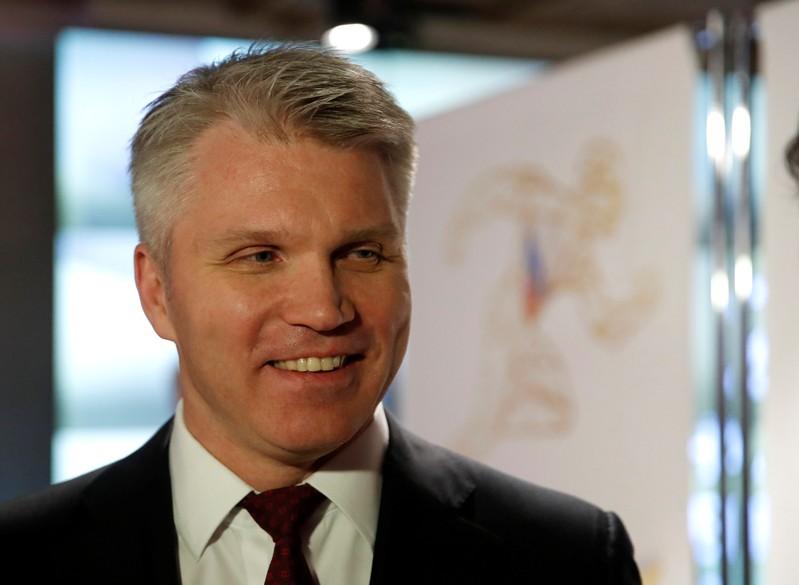 MOSCOW (Reuters) – Russia is drawing up legislation that would bar people serving doping suspensions from working as sports officials or in sports schools, Sports Minister Pavel Kolobkov said on Wednesday, as the country boosts efforts to put its doping scandals behind it.

Russia has faced heightened scrutiny in recent months after Reuters reported that two athletics coaches and one doctor suspended for doping were still working with athletes.

Another Reuters report in June found that race walking coach Viktor Chegin, banned for life in 2016, had been awarded state contracts to provide security at the venue where he was formerly head coach.

“We are working on amendments to the law on sport that would allow us to bar people suspended (for doping) from working in sport, including in state and municipal posts, from running youth sports schools,” Kolobkov was quoted as saying by TASS news agency.

“We don’t have this in our law for now, but it must be adopted.”

Kolobkov did not provide any timeline for these potential legislative amendments, nor did he say whether the measures would apply to both athletes and athlete support personnel.

He did not provide any detail on the proposed consequences for violating these measures.

Athletes must not receive training, strategy, nutritional or medical advice from banned coaches or medical staff and can face sanctions if they do, according to World Anti-Doping Agency (WADA) rules.

Russia’s participation at next year’s Tokyo Olympics is now at risk after WADA found “inconsistencies” in the vast bank of testing data handed over from Moscow earlier this year.