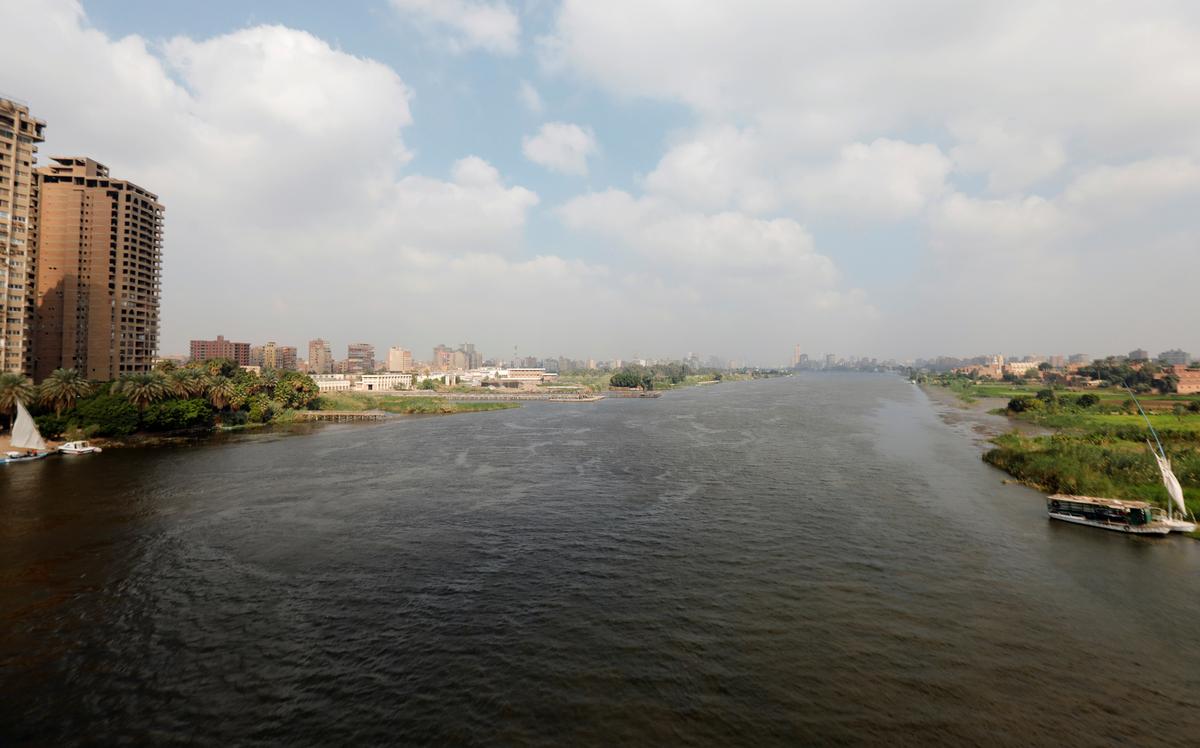 FAYOUM, Egypt (Reuters) – Ahmed Abd-Rabo used to get all the water he needed to feed his crops in northern Egypt. Then the canal linking his seven acres to the River Nile started drying up and he had to abandon half the plot.

His smallholding is one of the victims of a creeping water crisis, exacerbated by Egypt’s growing population and the impacts of climate change.

Egypt fears things could get even worse as Ethiopia starts filling the reservoir behind a giant dam upriver. On Wednesday, the United States is hosting talks between the countries and their fellow Nile-user Sudan to try to restart stalled talks over the hydropower project.

But even if Washington succeeds where years of trilateral negotiations have failed, Egypt will still have broader water problems that have left it struggling to sustain food production.

“There is very little Nile water,” said Abd-Rabo, standing next to the plot where he grows wheat and fodder in Fayoum, about 100km (60 miles) south of the capital, Cairo.

“In winter, sometimes there’s a bit more, but mainly because the land doesn’t need a lot of water in the winter. But in the summer, we don’t get any.”

Graphic on the competition for water – here

Egypt’s figure is expected to drop to 500 cubic meters by 2025. That is without taking into account the impact of the Grand Ethiopian Renaissance Dam, which Egypt says will lower water levels further, though Ethiopia says it has taken the needs of Egypt and Sudan into account.

The stakes are high. Talk of physical conflict between the countries along the Nile has receded, but Egypt sees the dam as an existential threat that could decimate farming and damage power supplies.

More than 80% of its water is used for agriculture, but scarcity means Cairo already imports about half its food and is the world’s largest wheat importer.

The government is urging farmers to use more efficient irrigation and plant seeds with shorter life spans that require less water. It is also trying to recycle more water.

But the water management and irrigation schemes have not reached everyone.

“We are still using old irrigation techniques, which use mud and soil, and waste water,” said Aref Mohamed, a farmer near the southern city of Luxor.

Fines to stop farmers planting water-intensive rice in the northern Nile Delta are not being as strictly enforced as last year, locals say. The area under rice cultivation has shot up to 1.75 million acres from about 800,000 acres over the same period, according to irrigation ministry estimates.

Climate change presents another risk. With temperatures rising, Egypt could lose 30% of its food production in southern areas by 2040, according to the U.N. World Food Programme.

Heatwaves have already reduced crop productivity and in Fayoum, residents say temperatures have been rising for years, forcing farmers to use more water for less land.

“We have not got any produce from this land over the past three years because of the temperature levels,” said another farmer in Fayoum, asking not to be named. “Now, if I have two feddans (2.1 acres), I will plant one and leave the other one.”

The effect of climate change in upstream nations is uncertain.

“It is unclear whether there will be an increase or decrease of rainfall in countries of (the Nile) source,” said Tahani Mostafa Sileet of Egypt’s water resources and irrigation ministry. “As such, we don’t know whether to adjust our politics based on an increase or a decrease of resources.”

But any alteration to Nile flows could make “huge difference”, said Randa Aboul Hosn of the UN development agency UNDP. Every “2% drop of water affects one million people,” she said.