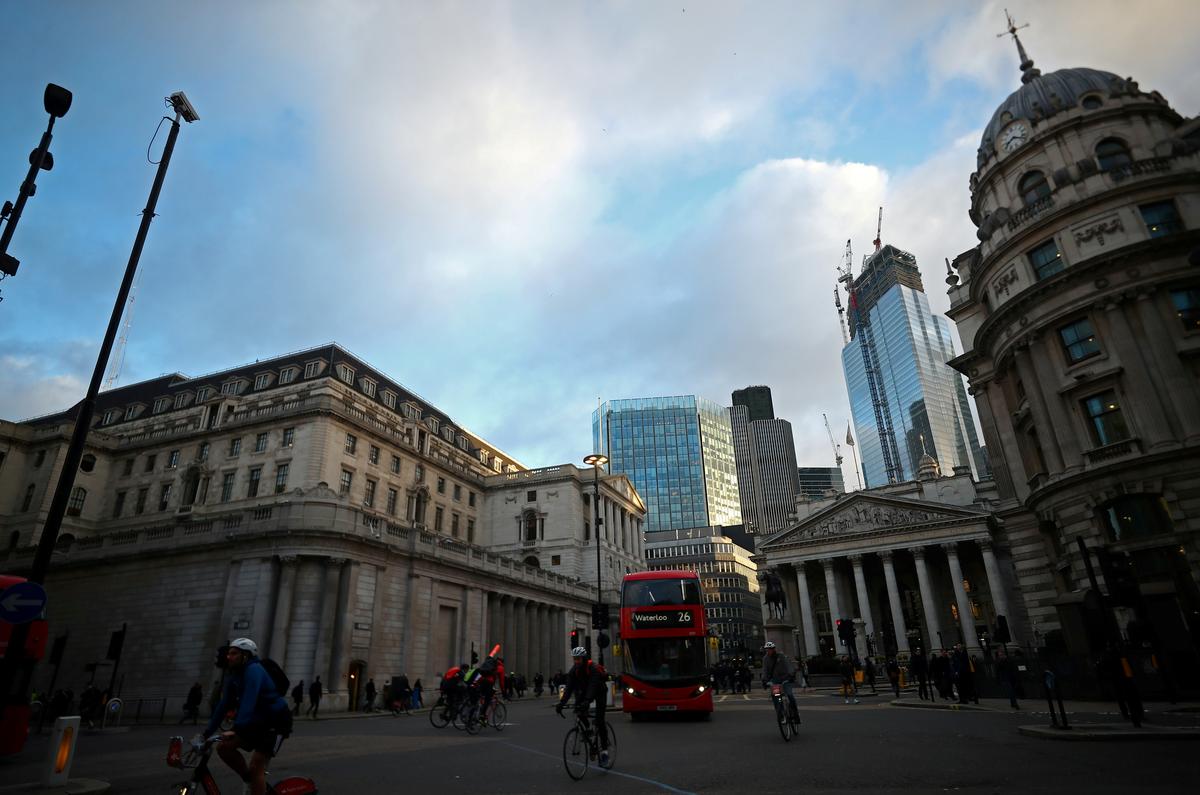 LONDON (Reuters) – Britain’s central bank looks set to sit out the global shift towards lower interest rates on Thursday, though investors will watch for any policymaker who might break ranks and vote to give the country’s slowing economy more help.

FILE PHOTO: The Bank of England and the Royal Exchange are seen in the City of London, Britain, February 7, 2019. REUTERS/Hannah McKay

With a snap election due on Dec. 12 and a new Brexit deadline on Jan. 31, Governor Mark Carney is unlikely to give an explicit steer on where interest rates are heading.

Carney – who is due to step down at the end of January – was almost certain to acknowledge a weaker global and domestic outlook, but a concrete signal that a rate cut is coming looked improbable, he added.

So far the BoE has resisted following the U.S. Federal Reserve and the European Central Bank by cutting its main interest rate in response to a global slowdown caused by the trade war between the United States and China.

The outlook for Carney and his colleagues is clouded not only by the continued uncertainty about Brexit but also by Britain’s upcoming election, in which the two main parties are promising varying increases in public spending.

British inflation is near the BoE’s 2% target and the central bank’s updated forecasts on Thursday are likely to show it is expected to go higher over the next two to three years, normally a sign that the BoE thinks rate rises will be needed.

But at its last meeting in September the BoE moderated its stance slightly and said any future rate rise would first require an improvement in global growth as well as more clarity about Britain’s planned exit from the European Union.

Increasingly economists think the BoE will cut rates at some point in 2020, and financial markets price in a roughly 55% chance of a 0.25 percentage point cut next year.

For Thursday, the consensus view among economists in a Reuters poll is for the BoE’s Monetary Policy Committee to vote 9-0 to keep the Bank Rate at 0.75%.

However, a minority think one policymaker – most likely MPC external member Michael Saunders – will cast the panel’s first vote for a rate cut since borrowing costs were lowered in August 2016, shortly after Britain voted to leave the EU.

Saunders said in September that a rate cut was plausible if Brexit uncertainty continued to act as a “slow puncture” for Britain’s economy. Since then, Brexit has been delayed from Oct. 31 to Jan. 31.

Other MPC members are less convinced that slower growth merits a rate cut. Deputy Governor Dave Ramsden has warned that Brexit uncertainty has made the economy more prone to inflation.