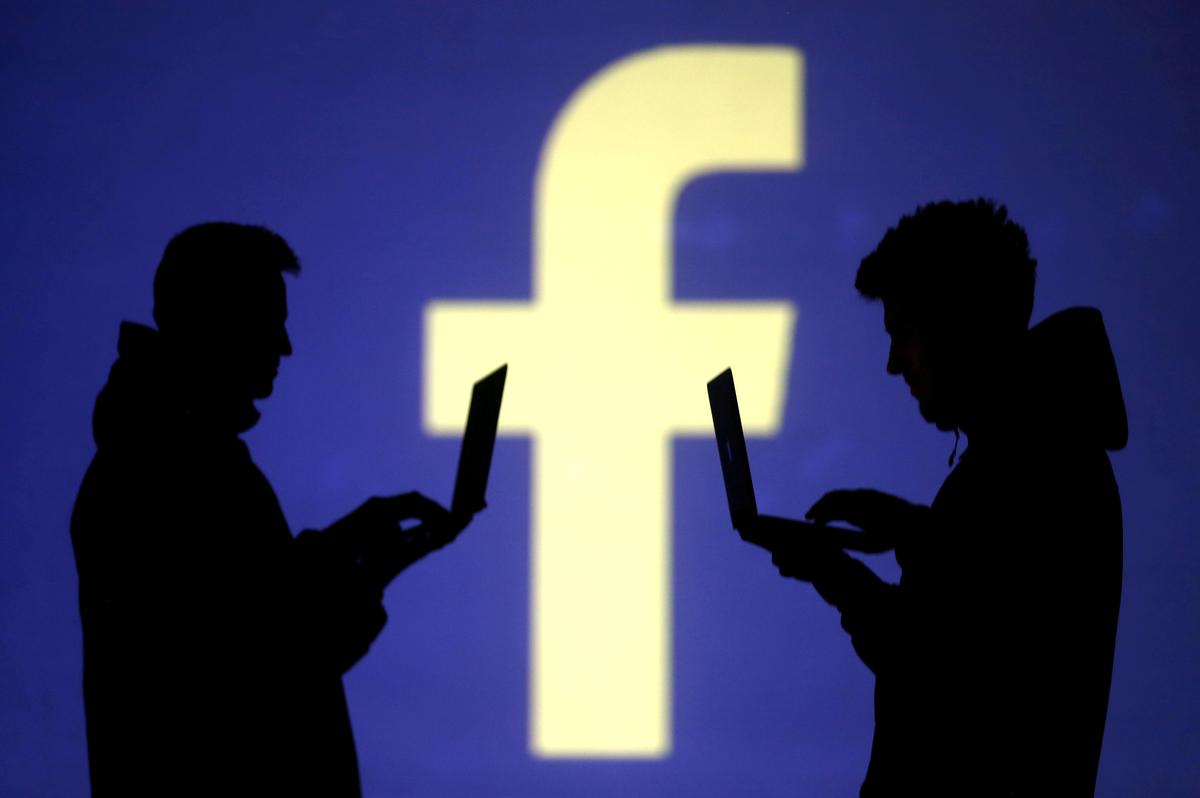 BOSTON (Reuters) – Facebook Inc on Thursday urged a judge not to force it to turn over records to Massachusetts’ attorney general disclosing thousands of apps the social media giant suspects misused users’ data, as part of a probe into its privacy practices.

FILE PHOTO: Silhouettes of laptop users are seen next to a screen projection of Facebook logo in this picture illustration taken March 28, 2018. REUTERS/Dado Ruvic/Illustration

Facebook argued against the disclosure during a court hearing in Boston concerning one of several probes of Facebook by state attorneys general regarding its business practices and the extent that it has put consumer data at risk.

Massachusetts Attorney General Maura Healey, a Democrat, is among those who launched investigations last year into Facebook after revelations that the political consulting firm Cambridge Analytica improperly gained access to data from as many as 87 million users.

She turned to the courts in August to enforce the civil equivalent of a subpoena against Facebook after it refused to disclose the identities of 10,000 apps deemed suspicious in an internal investigation it launched in the scandal’s wake.

Assistant Attorney General Sara Cable told Judge Brian Davis the records were needed to determine the extent that Facebook turned a “blind eye” to the misuse of users’ data by app developers despite policies aimed at protecting their information.

“The information we are seeking is, ‘Who are you policing?’” Cable said.

She said the question was pertinent given that Cambridge Analytica, which Republican President Donald Trump’s campaign hired during the 2016 election, acquired the data from an app developer in violation of Facebook’s policies.

According to court papers, Facebook’s internal investigation led it to suspend 69,000 apps, mostly because their developers did not cooperate with the investigation. About 10,000 were identified as having potentially misused user info.

Felicia Ellsworth, a lawyer for Facebook, argued that many of the records were covered by attorney-client privilege, as the investigation was led by a law firm in anticipation of the onslaught of regulatory probes and litigation that followed.

“They did it to have a full and frank airing of legal risk,” she said.

The argument prompted sharp questioning by Judge Brian Davis, who appeared skeptical of the possibility that Facebook would not have otherwise investigated app developers’ practices in the wake of the scandal but for the threat of litigation.

“Everyone I think agrees Cambridge Analytica was an unhappy event,” he said.

Other states, like California, are conducting similar probes. In July, Facebook agreed to pay a record $5 billion to resolve a Federal Trade Commission probe into its privacy practices.

Reporting by Nate Raymond in Boston; Editing by Richard Chang