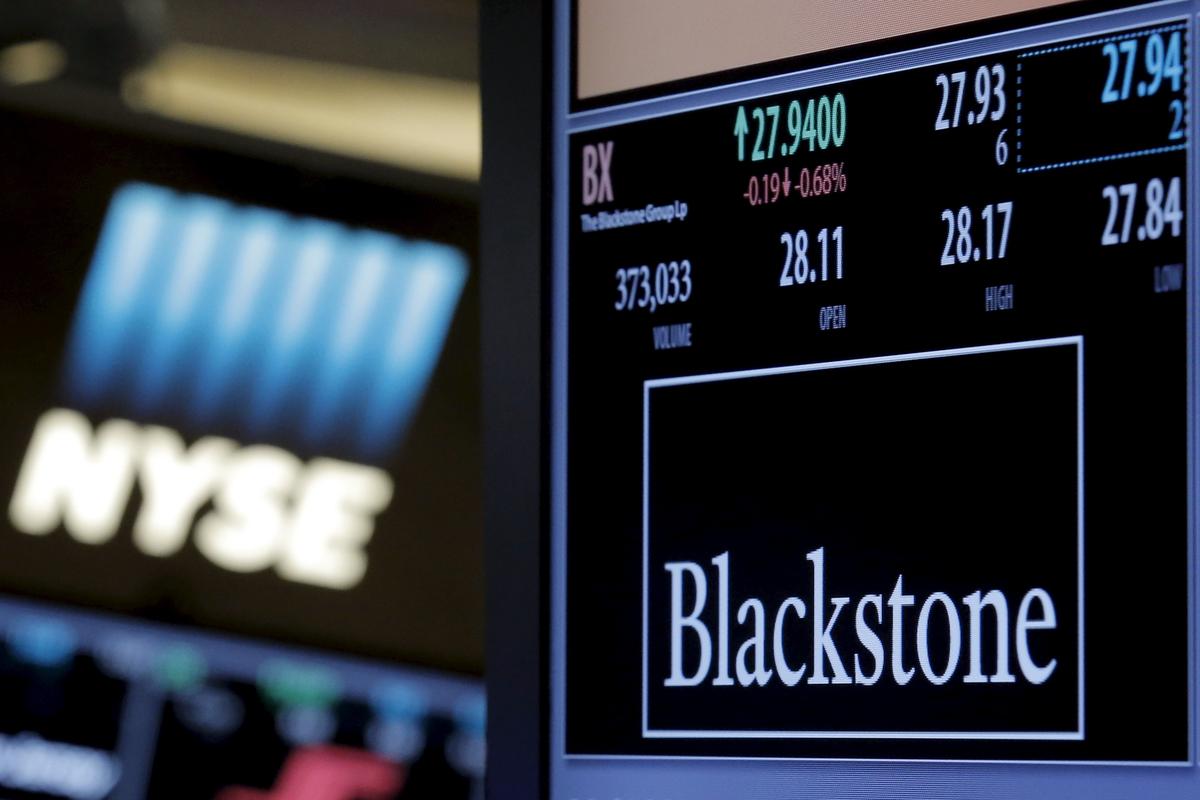 FILE PHOTO: The ticker and trading information for Blackstone Group is displayed at the post where it is traded on the floor of the New York Stock Exchange (NYSE) April 4, 2016. REUTERS/Brendan McDermid

(Reuters) – Blackstone Group Inc (BX.N) is taking a majority stake in MagicLab, the parent company of dating app “Bumble” and “Badoo”, valuing the company at about $3 billion, the private equity firm said in a statement on Friday.

Following the deal, Andrey Andreev who is the founder of MagicLab, will sell his stake to Blackstone and be replaced as chief executive officer by Whitney Wolfe Herd, Bumble’s present CEO.

Bumble began in 2014 as a dating platform for women to start discussions with potential male partners and competes with Match Group Inc’s (MTCH.O) Tinder and Facebook’s (FB.O) dating service.

Shares of Match Group, which also owns dating platforms OkCupid and PlentyOfFish, were down 2.5%.

Reporting by Ayanti Bera in Bengaluru; Editing by Shounak Dasgupta and Shailesh Kuber