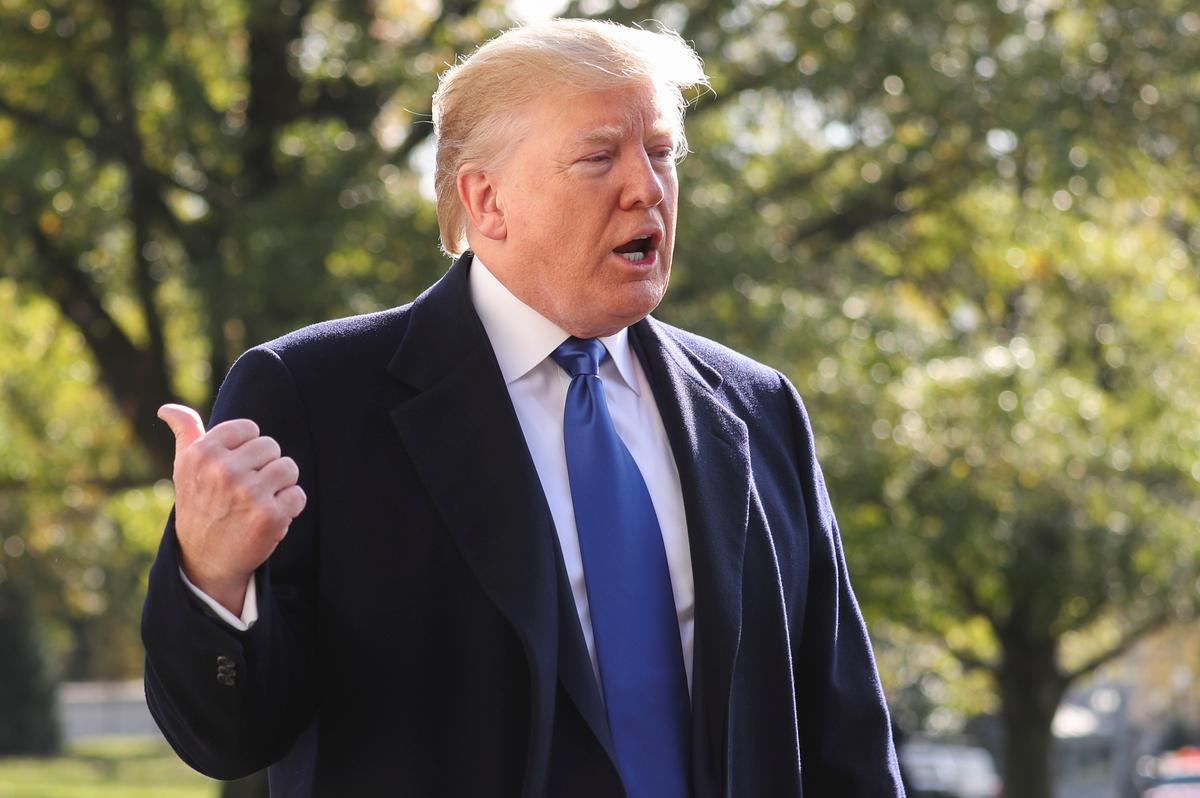 NEW YORK (Reuters) – U.S. President Donald Trump plans to ask the U.S. Supreme Court to overturn a ruling requiring his accounting firm to turn over eight years of his tax returns to New York prosecutors, setting the stage for a possible decision before the 2020 election.

U.S. President Donald Trump talks to reporters as he departs for travel to Georgia from the South Lawn of the White House in Washington, U.S., November 8, 2019. REUTERS/Siphiwe Sibeko

Lawyers for Trump and Manhattan District Attorney Cyrus Vance said on Friday that the president intends to ask the Supreme Court by Nov. 14 to review Monday’s ruling on the tax returns by the federal appeals court in Manhattan.

Vance will oppose the request, and the parties intend to brief their positions by Nov. 25, according to the lawyers.

The timetable was disclosed in a letter filed with the federal court in Manhattan, where the lawyers asked that the case be put on hold while Trump seeks Supreme Court review.

Vance, a Democrat, sought the returns as part of a criminal probe into Trump and his family real estate business.

Trump has argued that he is immune from criminal investigations while in office.

While the appeals court did not decide that issue, it said it did not matter because Vance was seeking the tax returns from Mazars rather than from the president himself.

The Supreme Court is not required to hear Trump’s appeal. If it does, it could rule in its current term, which ends in June.

Five of the court’s nine justices are considered conservatives and were appointed by Republican presidents, including two appointed by Trump – Neil Gorsuch and Brett Kavanaugh.

Prior to becoming president, Trump had built a real estate empire with his New York-based business.

He is facing an unrelated impeachment inquiry in the Democratic-led U.S. House of Representatives.