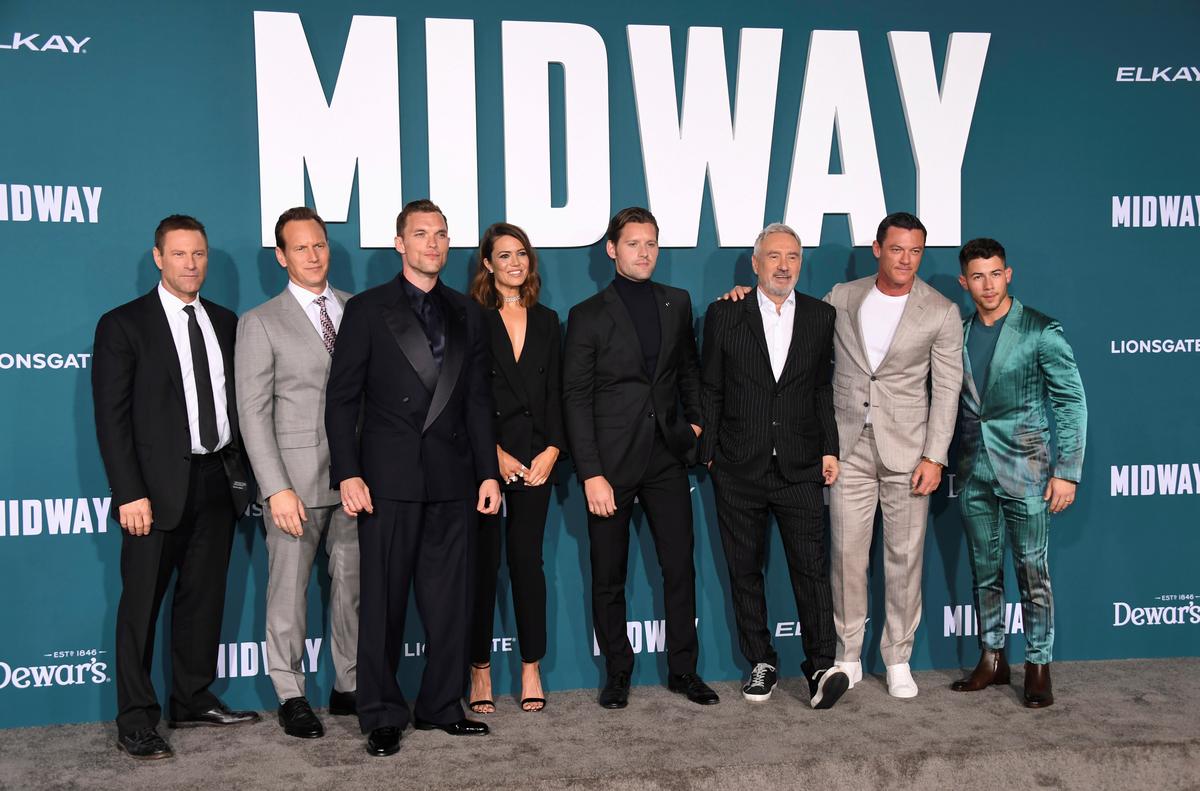 LOS ANGELES, (Variety.com) – In a surprise box office win, Roland Emmerich’s World War I epic “Midway” took down the competition in North America to land in first place with $17.5 million.

Heading into the weekend, Warner Bros.’ Stephen King adaptation “Doctor Sleep” was widely expected to take the top prize, but the R-rated sequel to 1980’s “The Shining” debuted at No. 2 with a slumbering $14.1 million from 3,855 venues, nearly half of studio projections.

Though “Midway” arrived ahead of tracking, the $100 million film still has a long and arduous journey ahead to achieve profitability. Lionsgate, the studio distributing the movie, positioned its release to take advantage of Veterans Day and expects “Midway” to collect $20.05 million from 3,242 North American locations through its first four days in theaters. Emmerich’s tale enlisted Ed Skrein, Patrick Wilson, Luke Evans and Nick Jonas to bring the Battle of Midway to the big screen for a new generation. Older males represented 60% of “Midway’s” opening weekend crowd.

“Doctor Sleep,” set decades after the events in “The Shining,” was more favored among critics (it holds a 73% average on Rotten Tomatoes compared to “Midway’s” 41%). However, moviegoers seemed more enthusiastic about “Midway,” giving it an A CinemaScore, while “Doctor Sleep” landed a B+. Mike Flanagan (Netflix’s “The Haunting of Hill House”) wrote and directed “Doctor Sleep,” which sees Ewan McGregor take on the role of Danny Torrance, a man with psychic abilities who struggles with childhood trauma.

Paramount’s family comedy “Playing With Fire” scored third place, arriving ahead of expectations with $12 million from 3,125 venues. The PG-film, which was produced for a modest $30 million, stars John Cena as an elite firefighter who prepares his crew for their most challenging job yet: babysitting.

Fellow new release, Universal’s “Last Christmas,” ushered in the holiday season early and landed at No. 4 with $11.6 million from 3,448 screens. Though slightly below projections, that figure represents a solid start given its $30 million price tag. Paul Feig (“Bridesmaids,” “A Simple Favor”) directed the feel-good film inspired by George Michael’s music, which features Emilia Clarke, Henry Golding and Emma Thompson.