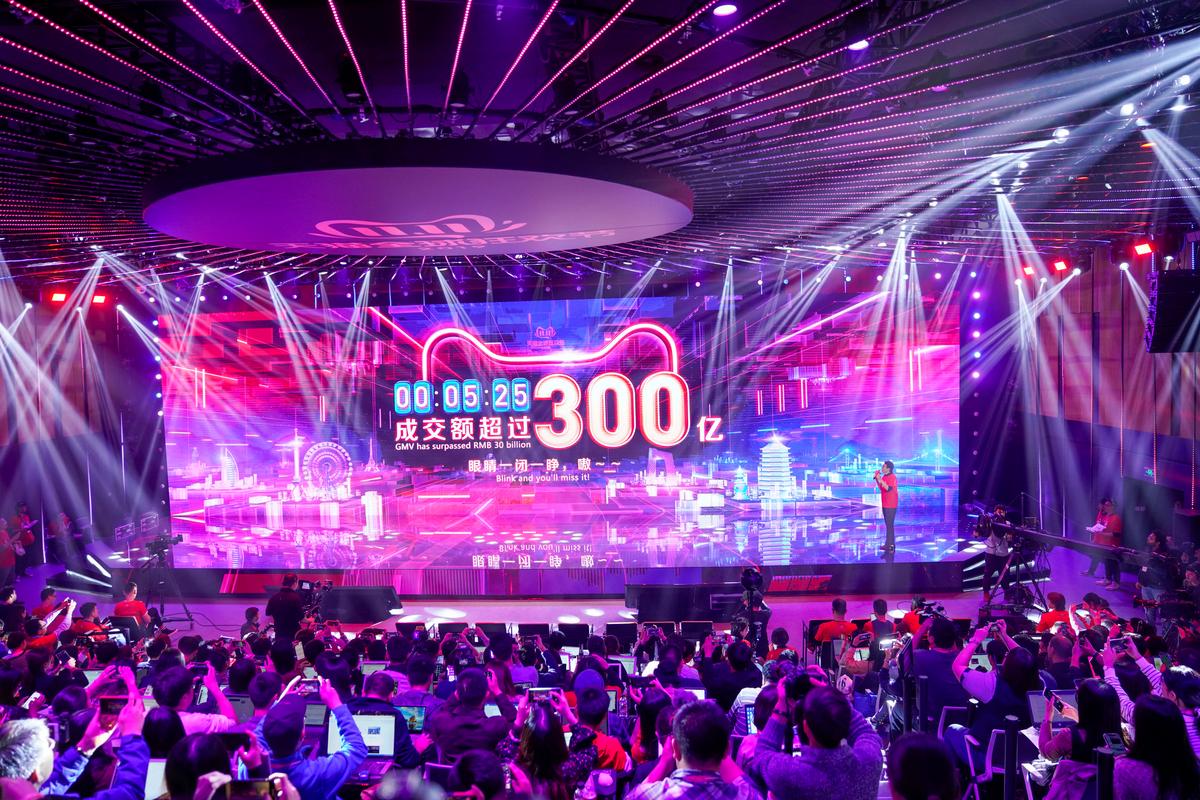 The figure is equivalent to over 80% of U.S. rival Amazon.com Inc’s online store sales in the latest quarter and matches takings across Alibaba’s e-commerce platforms on Singles’ Day last year.

Sales growth for the full 24-hour event, however, is likely to fall short of the year earlier, analysts said, held back by a slowing overall e-commerce industry in China at a time when the country’s economic expansion is heading toward a historic low.

The event tmsnrt.rs/2WTFm7V, a gauge of Chinese consumer sentiment, has also become a shop window this year for Alibaba as the firm plans to sell $15 billion worth of shares in Hong Kong this month. The U.S.-listed firm has spent big to diversify its business yet still earns over fourth-fifths of revenue from e-commerce.

Alibaba turned China’s informal Singles’ Day into a shopping event in 2009 and built it into the world’s biggest online sales fest, dwarfing Cyber Monday in the United States which took in $7.9 billion last year. The name is a play on the date, Nov. 11, rendered 11/11 – or Double Eleven, as the event is also known.

The event has since been replicated at home and abroad, with Singles’ Day promotions found at rivals such as China’s JD.com Inc and Pinduoduo Inc as well as South Korea’s 11thStreet and Singapore’s Qoo10.

But sales growth for Alibaba on Singles’ Day has weakened as China’s economy slowed. Last year, it posted a 27% year-on-year sales increase, the lowest in the event’s 10-year history. Citic Securities forecasts sales to rise 20-25% this year.

The Chinese retail juggernaut, with a market value of $486 billion, kicked off this year’s 24-hour shopping bonanza with a live performance by U.S. pop star Taylor Swift followed by live-streamed marketing of over 1,000 brands.

Sales hit $1 billion after one minute and eight seconds and reached 158.31 billion yuan ($22.6 billion) in the first nine hours, up 25% from the same point last year, Alibaba said.

The firm also said 84 brands including those of Apple Inc, L’Oreal SA and Fast Retailing Co Ltd’s Uniqlo each made over 100 million yuan in sales in the first hour.

Over half of merchants on its Tmall marketplace used live streaming to sell products during the event, and sales generated through the medium surpassed 10 billion yuan at 8.55 a.m. (0055 GMT), Alibaba said.

The firm has said it expects over 500 million users to make purchases this year, about 100 million more than last year. It has also put more emphasis this year on promotions targeting areas outside of China’s massive first- and second-tier cities.

“The younger generation is buying more, and the customer from rural areas, the customers from lower-tier cities, they are buying imported products,” said Tmall General Manager Alvin Liu told reporters.

This is the first time Alibaba’s Singles’ Day is being held since its flamboyant co-founder Jack Ma resigned as chairman in September to “start a new life”.

(For a graphic on ‘A look at Alibaba’s “Double 11” shopping day’ click tmsnrt.rs/2WTFm7V)

Reporting by Josh Horwitz in Hangzhou; Additional reporting by Brenda Goh in Shanghai and Cheng Leng in Beijing; Editing by Himani Sarkar and Christopher Cushing