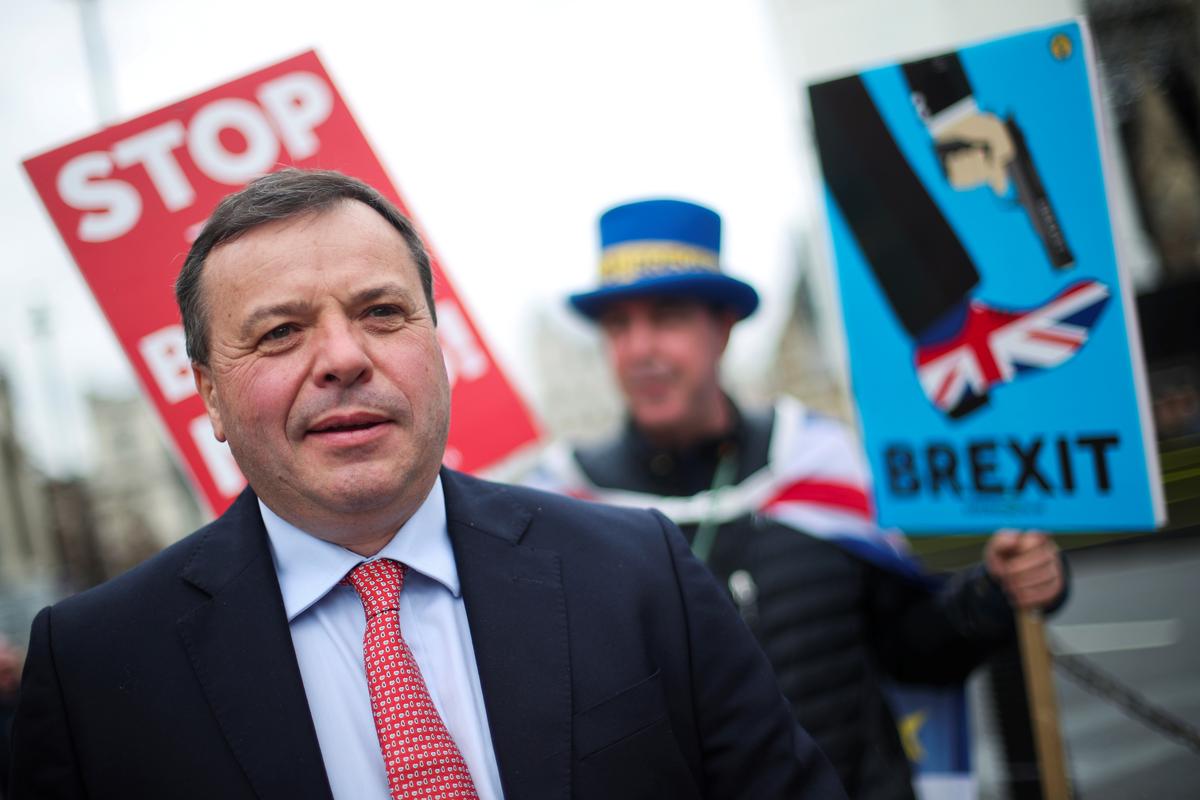 LONDON (Reuters) – Arron Banks, one of the biggest financiers behind the campaign for Britain to leave the EU, said Brexit Party leader Nigel Farage should stand down candidates in opposition Labour marginal seats to secure Britain’s exit from the European Union.

Banks told Reuters that Brexit was under threat and that the only way to secure it was by Conservative Prime Minister Boris Johnson winning a majority in the Dec. 12 election.

On Monday, Farage said he would stand down candidates in 317 Conservative seats.

“Brexit is under threat,” Banks told Reuters in an interview. “We need to see further moves to stand down candidates in marginal seats they can’t win and go for the 40 or so Labour seats where the Tories (Conservatives) haven’t got a hope.

Candidates’ nomination papers have to be in by the end of Thursday.

“There are 48 hours to save Brexit and save the country from a Corbyn government,” Banks said, referring to Socialist Labour leader Jeremy Corbyn. “Nigel has remade the Conservative party in his own image, the Conservative Party is the Brexit Party.”

“The only way Brexit is going to get delivered is by a Boris majority,” Banks said.

Farage however snubbed Banks’ appeal, saying shortly afterwards on Twitter: “I put country before party yesterday and now will take the fight to Labour. 300 nominations have been signed off — time to get on the road!”

Brexit Party Chairman Richard Tice underlined the message, telling the BBC: “Arron is talking nonsense. We are not here to help the Conservative Party.”

“Nigel reminds me of a gambler at a casino that’s been winning all night and it’s time to take the chips off the table and step away,” Banks said. “What we are offering the geezer, as you might say, is Brexit.”

The United Kingdom voted by 52%-48% in 2016 to quit the EU, albeit without deciding how it would be done. But parliament has been deadlocked since a 2017 snap election over how, when and even whether to leave.

“The Brexit Party need to stand down more candidates and focus on the 40 to 50 seats where the Tories have no chance at all and the Brexit Party can do real damage to Labour,” Banks said.

“If they focus their resources on the 46 they can win, they could potentially win 5 or 10 and then have a more powerful position in parliament,” he said.

Farage began the campaign earlier this month by warning that his party would contest every seat unless Johnson drops his EU divorce deal and agrees an election pact. But he came under intense pressure from financial backers who feared that Farage might scupper Brexit altogether.

When asked if he had cut off finance to Farage, Banks said that lawyer Reid had proposed a compromise that could work for both sides. He said cash did not play a role in Farage’s decision.

“We have a PM who led the official Leave campaign and who will return to Westminster with a majority to deliver Brexit,” Banks said. “If there is not a Conservative majority then Brexit is over.”