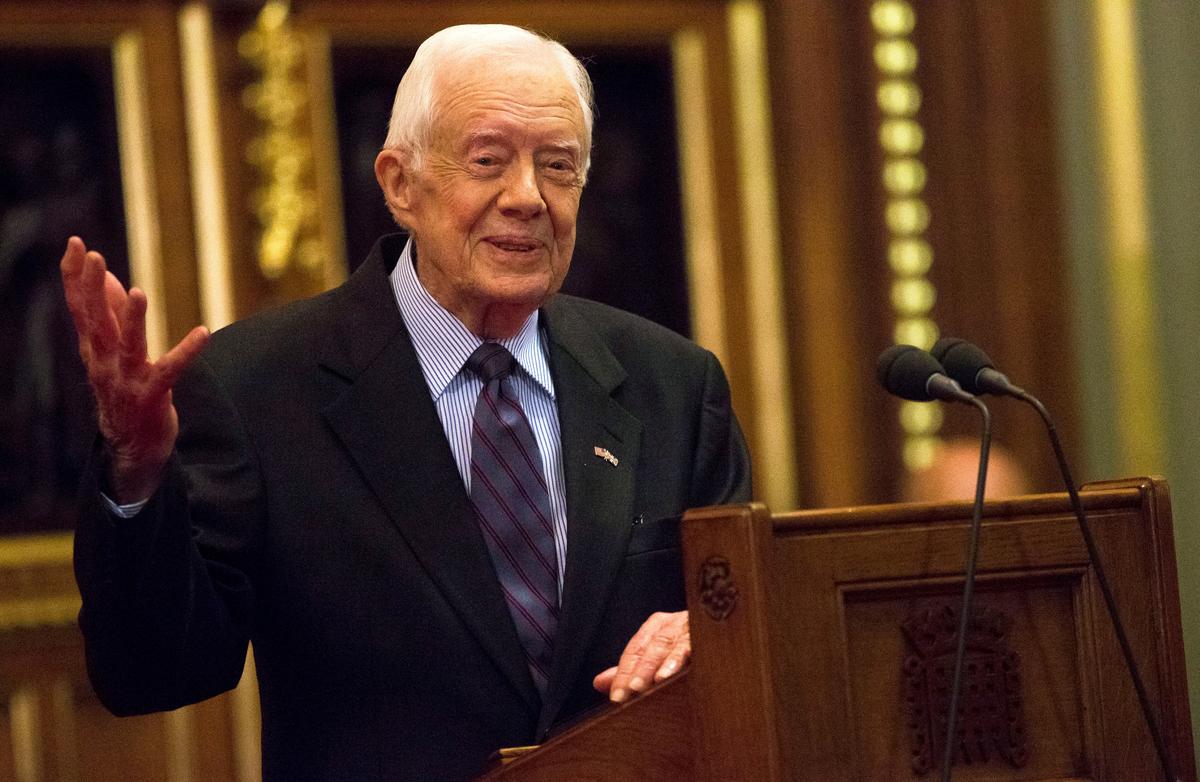 FILE PHOTO: Former U.S. President Jimmy Carter delivers a lecture on the eradication of the Guinea worm, at the House of Lords in London, Britain February 3, 2016. REUTERS/Neil Hall/File Photo

(Reuters) – Former U.S. President Jimmy Carter was admitted to an Atlanta hospital on Monday for a procedure to relieve brain pressure from bleeding caused by recent falls, the Carter Center said in a statement.

Carter, 95, the country’s oldest living president, was admitted to Emory University Hospital about three weeks after falling at his home in Plains, Georgia. He was released from the hospital a few days after that accident.

A previous fall earlier in October required stitches to Carter’s face. In May, the former president broke his hip, also at home, requiring him to undergo surgery..

The procedure to relieve pressure on his brain was scheduled for Tuesday morning, the Carter Center said, adding that he was “resting comfortably,” and that his wife, Rosalynn, 92, was with him.

Carter, a Democrat, was the 39th president of the United States, serving one term from 1977 until 1981. He was defeated in his re-election bid by Republican Ronald Reagan in 1980.

Carter, who received the Nobel Peace Prize in 2002 for his humanitarian work, has lived longer after leaving the White House than any former president in U.S. history.