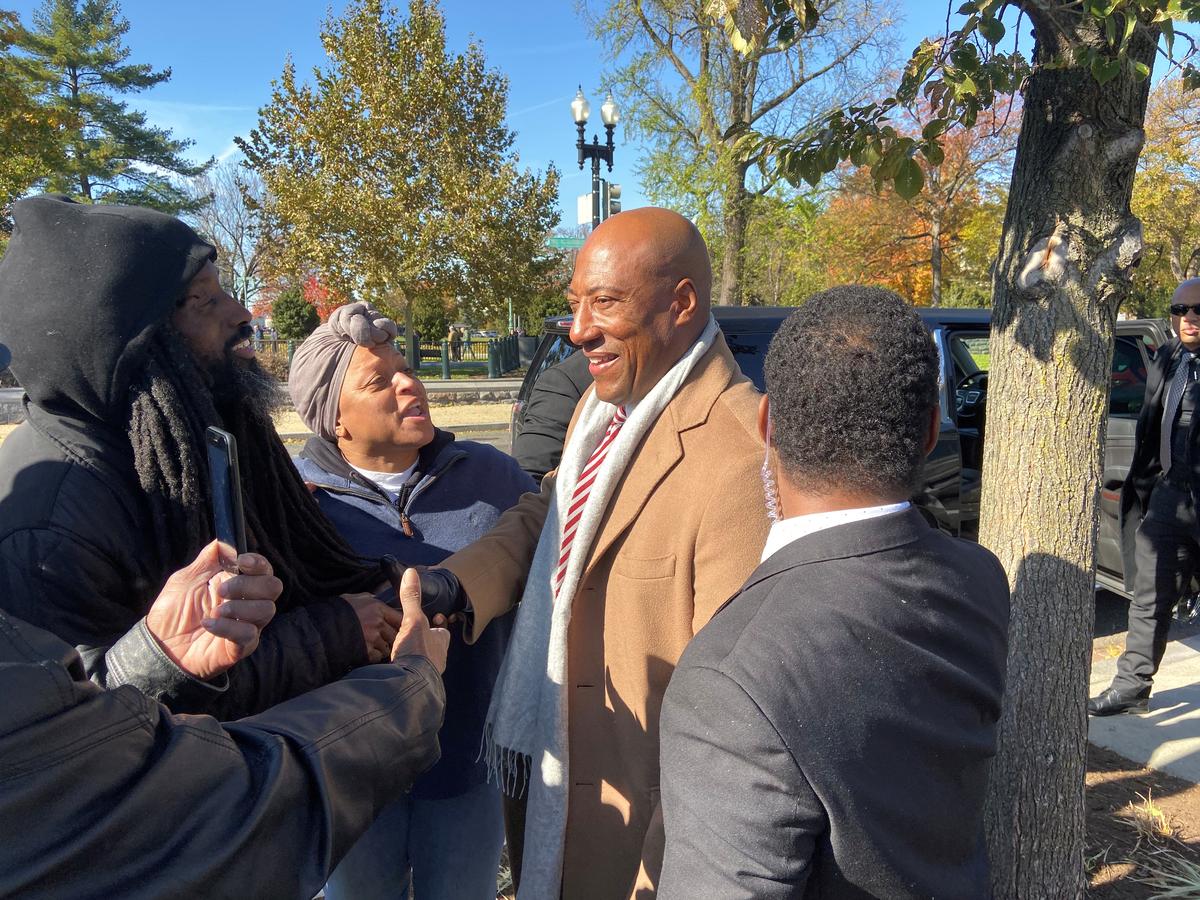 Comedian and producer Byron Allen leaves the Supreme Court after it heard Comcast’s bid to evade a civil rights lawsuit he filed against the company, in Washington, U.S. November 13, 2019. REUTERS/Lawrence Hurley

Over the course of an hour of oral arguments, however, the justices struggled over whether a lower court that cleared the way for the $20 billion lawsuit against Comcast to proceed had reviewed the case under the proper legal standard.

Their ruling, due by the end of June, could impact the ability of plaintiffs to enforce claims under the Civil Rights Act of 1866, a post-Civil War law that forbids racial discrimination in business contracts.

At issue in the litigation is the refusal by Comcast to carry channels operated by Entertainment Studios Networks, owned by Byron Allen, who is black.

The case centers on whether a lawsuit like Allen’s can proceed to trial without showing that racial discrimination was the predominant cause of the denial.

The San Francisco-based 9th U.S. Circuit Court of Appeals last year said lawsuits may go ahead if plaintiffs can show that discriminatory intent was one factor among others in the denial of a contract.

During Wednesday’s arguments, several justices raised doubts that the standard to sustain a lawsuit should be as stringent as Comcast suggests.

Chief Justice John Roberts wondered why, if “clear racial animus” occurred at one step of a failed contract negotiation, it would not be reasonable to allege in a lawsuit that the discrimination carried through to the end.

Justice Brett Kavanaugh noted that such discrimination lawsuits are rarely thrown out at an early stage of litigation.

Both liberal and conservative justices, however, raised questions indicating that the appeals court decision siding with Allen may have to be set aside and reconsidered in light of their eventual ruling.

Comcast and Charter said their business decisions were based on capacity constraints, not race, and that Allen’s channels, including JusticeCentral.TV, Cars.TV, and Comedy.TV, did not show sufficient promise or customer demand to merit distribution.

The Trump administration backed Comcast in the case.