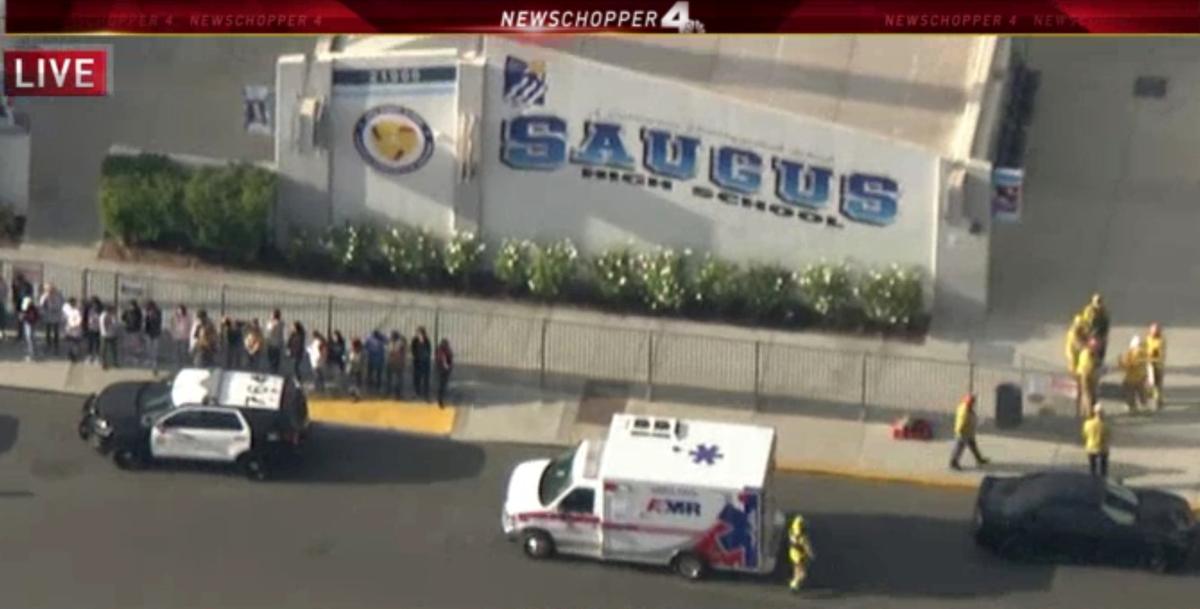 (Reuters) – At least five people were wounded after a shooter opened fire at a high school in Santa Clarita, California, a city north of Los Angeles, officials said.

Police and emergency vehicles on the scene of a shooting at Saugus high school in Santa Clarita, California, U.S., November 14, 2019 in this screenshot taken from video footage courtesy of NBCLA. NBCLA via REUTERS

A suspect described as a male Asian in black clothing had been located by authorities and was “no longer a threat,” MSNBC reported, citing a law enforcement official. Reuters could not independently confirm that.

The shooting bore the hallmarks of being another mass shooting in the United States, where repeated outbursts of gun violence in recent years have intensified the debate about gun control and the constitutional right for citizens to keep and bear arms.

“We have received 2 patients in critical condition, 3 en route. We will provide updates as they become available,” Henry Mayo Hospital said in a Twitter post.

Video from local NBC television showed a line of students walking away from the school and a row of police and fire department vehicles parked out front.

“This is still a very active situation. Reports of approximately 5 victims being treated. Parents, deputies are on scene everywhere protecting your children,” the Santa Clarita Valley branch of the Los Angeles County Sheriff’s Office tweeted.

Saugus High School and all schools in the William S. Hart district were placed on lockdown while authorities flooded the area.

Some 2,300 students attend the high school, which is made up of more than a dozen buildings.

KTLA video, broadcast on CNN, showed one woman being loaded into an ambulance.

“We are doing everything we possibly can to bring this person to justice,” Los Angeles County Sheriff’s Sergeant Bob Boese told CNN.

Some of the wounded were being treated in a grassy area on the school’s campus, the Los Angeles Times reported. At least one injured person was found in the school’s choir room, authorities told the newspaper.