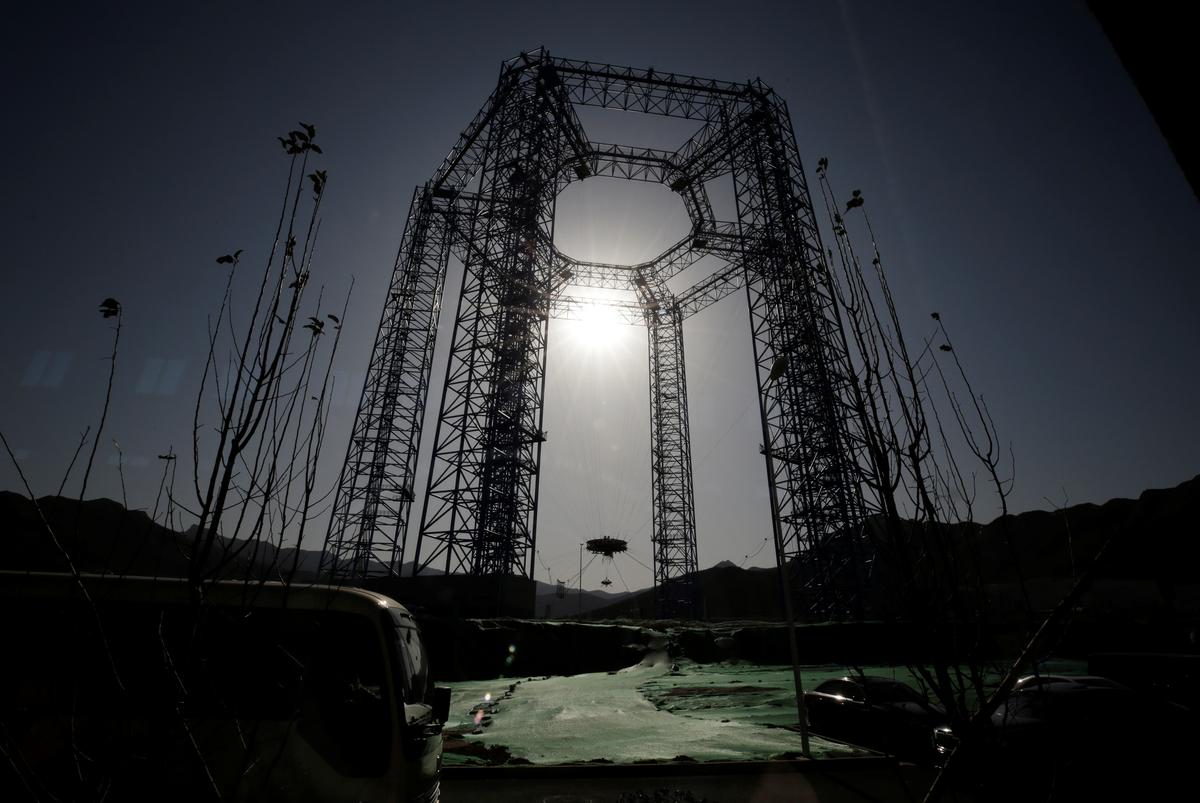 A lander for China’s Mars mission is seen after a hovering-and-obstacle avoidance test at a test facility in Huailai, Hebei province, China November 14, 2019. Picture taken through a window. REUTERS/Jason Lee

China is on track to launch its Mars mission, Zhang Kejian, head of the China National Space Administration, said on Thursday, speaking to foreign diplomats and the media before the test.

The Mars lander underwent a hovering-and-obstacle avoidance test at a sprawling site in Huailai, northwest of Beijing. The site was littered with small mounds of rocks to simulate the uneven terrain on Mars which the lander would have to navigate on its descent to the planet’s surface.

“In 2016, China officially began the Mars exploration mission work, and currently all of the different development work is progressing smoothly,” Zhang said.

“The hovering-and-obstacle avoidance test for the Mars lander being carried out today makes up a crucial part of the development process. As scheduled, China’s first Mars exploration mission will take place in 2020.”

China has developed the powerful Long March 5 rocket to transport the probe to Mars in 2020.

The journey through space will take about seven months, while landing will take seven minutes, said Zhang Rongqiao, chief architect of the Mars exploration program.

The landing will be the toughest and most challenging stage, he said.

The same Long March 5 rocket is meant to deliver the Chang’e-5 probe to the moon by the end of 2019 or early next year to bring back samples of lunar rocks.

The Chang’e-4 probe successfully touched down on the far side of the moon in January this year, a historic first and major achievement for China’s space program.

China made its first lunar landing in 2013.

China expects to complete a modular space station around 2022, around the time when NASA is said to start building a new space station laboratory to orbit the moon, as a pit stop for missions to other parts of the solar system.

In 2003, China became the third nation to put a man in space with its own rocket after the former Soviet Union and the United States.

Since then, it has been racing to catch up with Russia and the United States and become a major space power by 2030.

“China is currently actively planning and preparing a number of major space programs including a Mars sample return mission, asteroid exploration missions and many more lunar missions,” the head of the space administration said.