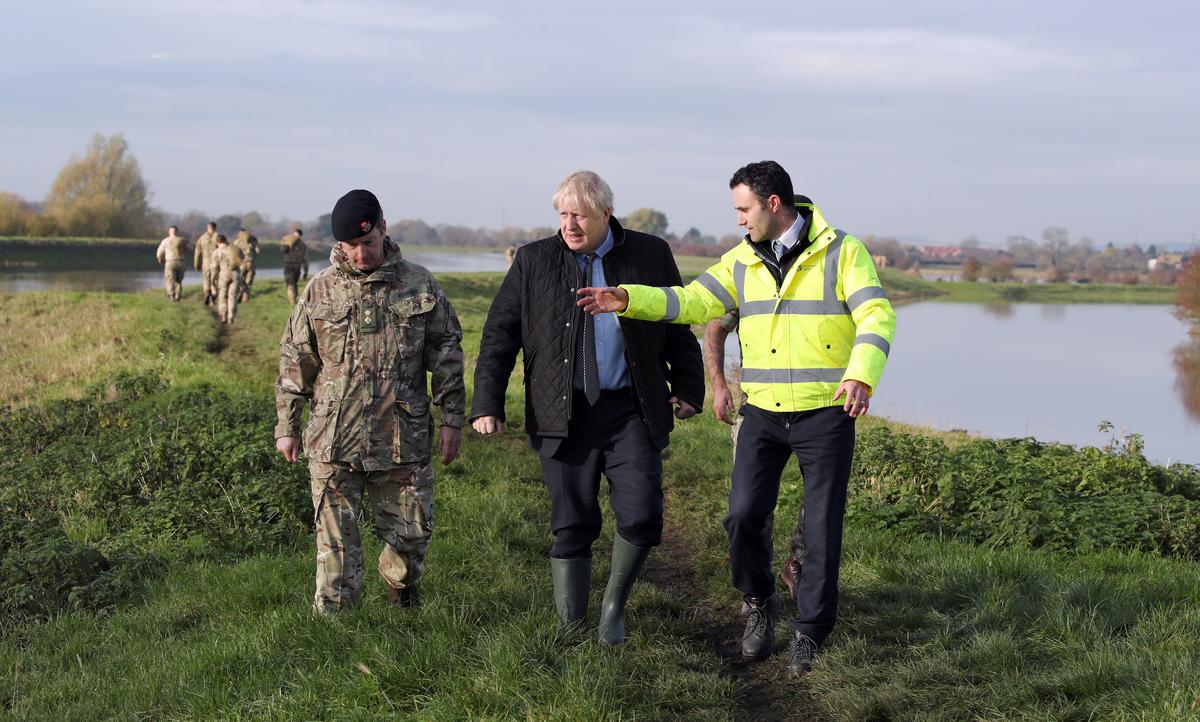 LONDON (Reuters) – Prime Minister Boris Johnson will promise on Wednesday to get Britain out of its Brexit “rut” if he wins a Dec. 12 election, saying the world is baffled by why the country is so “hesitant about its future.”

On a campaign trip to central England, Johnson will reiterate that only he can break the deadlock over Britain’s departure from the European Union.

The election was called to end three years of disagreement over Brexit that has sapped investors’ faith in the stability of the world’s fifth largest economy and damaged Britain’s standing since it voted in a 2016 referendum to leave the EU.

“The UK is admired and respected around the world but people are baffled by our debate on Brexit and they cannot understand how this great country can squander so much time and energy on this question and how we can be so hesitant about our future,” Johnson will say, according to his office.

“If we can get a working majority we can get parliament working for you, we can get out of the rut. We can end the ‘groundhoggery’ of Brexit,” he will say, in an apparent reference to the 1993 movie Groundhog Day in which a TV weatherman finds himself reliving the same day over and over.

Earlier on Wednesday, Johnson was heckled by two onlookers as he inspected relief efforts in a flood-hit district of northern England, several days after the worst of the flooding.

“You took your time, Boris,” one said. The other asked: “Where’ve you been?”.

Johnson was due to speak at an electric vehicle manufacturer. Earlier on Wednesday, Elon Musk, chief executive of U.S. electric vehicle pioneer Tesla (TSLA.O), was quoted as saying he had decided to build a new factory in Berlin, not Britain, because Brexit posed too much of a risk.

Johnson, 55, hopes to win a majority to push through a Brexit deal he agreed with EU leaders. The deadline for Britain’s departure is Jan. 31.

Jeremy Corbyn, leader of the main opposition Labour Party who was also heckled in the street in Scotland. He backs holding a second referendum to determine whether Britain should leave with a different deal he hopes to negotiate, or stay in the EU.

Johnson described that prospect as “an expense of spirit and a waste of shame, more political self-obsession and onanism.”

Opinion polls put the Conservatives far ahead but analysts caution that Brexit, which has divided both major parties and their voters, could confound conventional calculations.

Underlining the political flux, David Gauke, a former Conservative minister, said a clear win for Johnson’s party would be bad for Britain and that he would run in the election as an independent.

Moving the debate on to the National Health Service, on which it is traditionally strong, Labour said it would boost healthcare spending by 26 billion pounds ($33.27 billion)over the next five years.