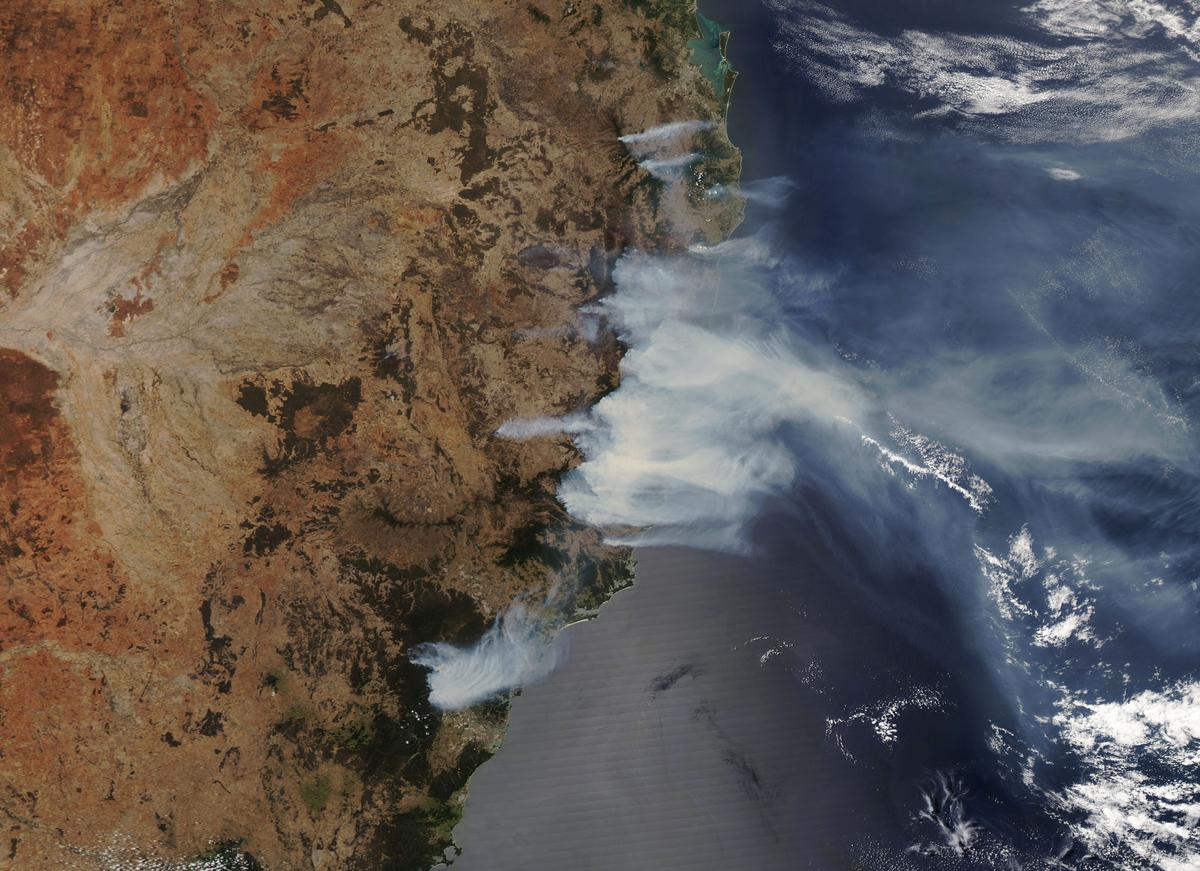 MELBOURNE (Reuters) – Australia braced on Friday for strong winds that could whip up bushfires in two states over the weekend and add to a toll of more than 270 homes destroyed and 2.5 million acres (1 million hectares) of land ravaged during the past week.

The country’s weather bureau warned that winds and lightning strikes increase the threat to communities across two states on the country’s east coast, which have been ravaged by fire since last Friday.

“A fresh burst of hot, dry westerly winds will result in severe fire dangers in the Darling Downs and Granite Belt,” the Bureau of Meteorology flagged for the border region between the states of Queensland and New South Wales.

It added that thunderstorms were possible over the northern part of that region, “bringing the risk of lightning as an ignition source for new fires.”

In New South Wales, 259 homes have been destroyed over the past week and 59 bush or grass fires are still burning, but none are rated at the “catastrophic” warning level triggered earlier in the week, the state’s Rural Fire Service said.

In Queensland, where 16 homes have been destroyed since Nov. 7, 59 fires are still burning.

The bushfire season has begun earlier than usual, in the southern hemisphere spring, and is expected to be long and brutal this year as a three-year drought has left broad swathes of Australia’s east and west more susceptible to fire.

Looking to avert fatigue among firefighters, Western Australia has sent teams out to relieve tired crews on the east coast, and New Zealand has also sent up reinforcements.

“We’re doing what we can for our fellow Aussies while still maintaining resources on the home front, which have been much needed in the past few days,” the Western Australia Department of Fire and Emergency Services said on social media.