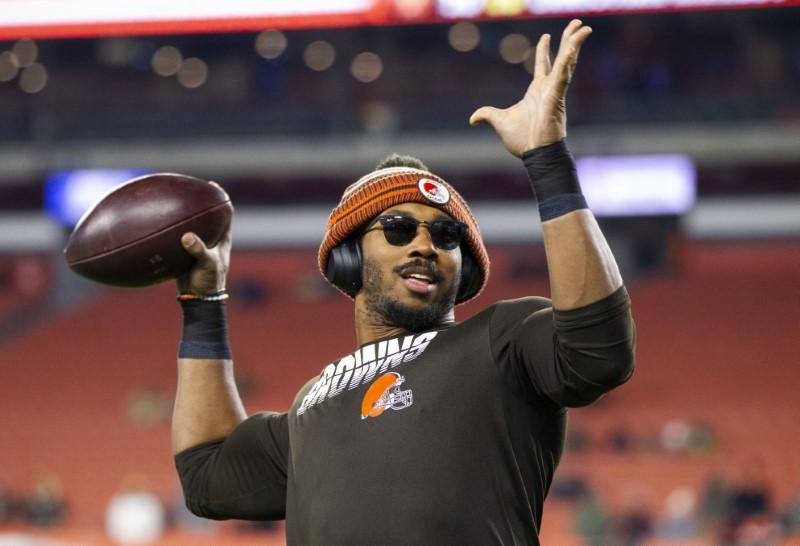 (Reuters) – Cleveland Browns defensive end Myles Garrett has been suspended indefinitely for attacking another player with a helmet, the National Football League (NFL) said on Friday.

Garrett, who Cleveland selected with the first overall draft pick in 2017, will miss the remainder of the regular season and postseason and must meet with the commissioner’s office prior to a decision on his reinstatement, the NFL said in a statement.

Garrett was ejected in the closing seconds of Thursday’s game in Cleveland after he ripped the helmet off Pittsburgh Steelers quarterback Mason Rudolph and then struck him in the head with it.

The incident led to a skirmish between both teams, who the NFL fined $250,000 each.

Reporting by Frank Pingue in Toronto, editing by Pritha Sarkar