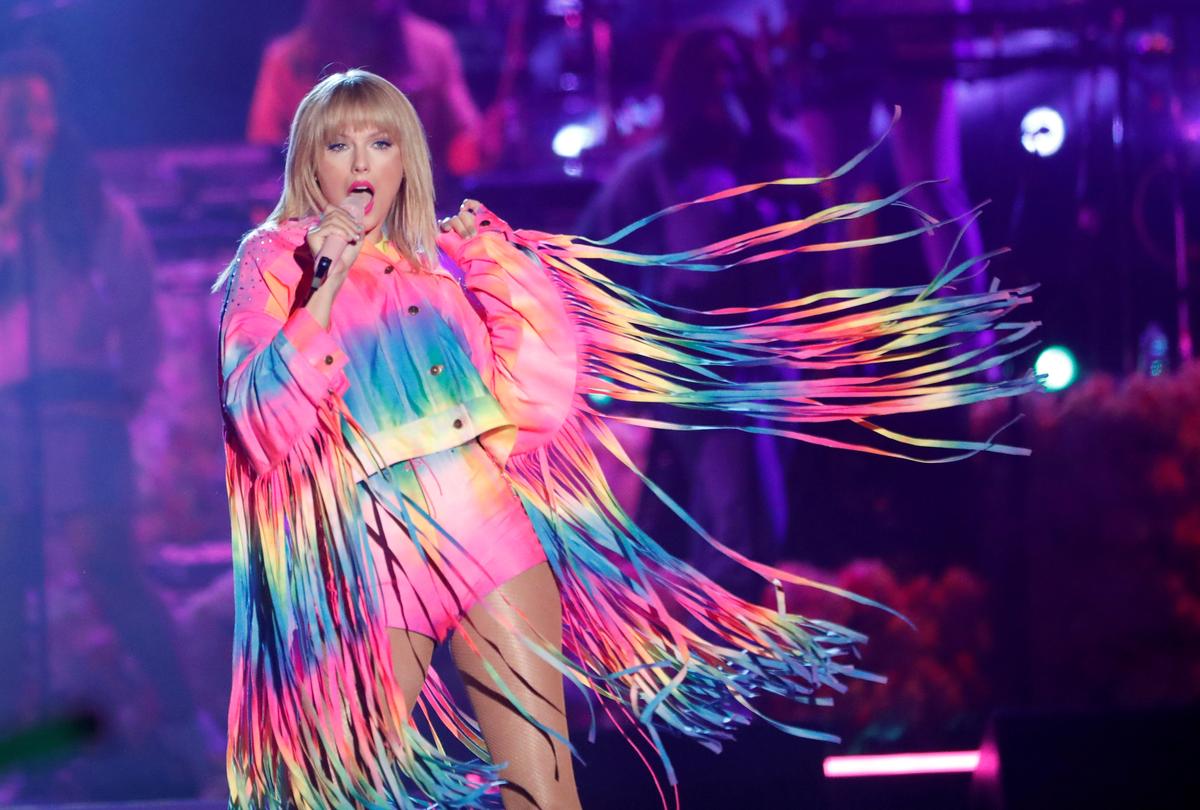 (Reuters) – Pop superstar Taylor Swift has told fans her planned appearance at this month’s American Music Awards ceremony is in jeopardy, saying executives at her former record label will not allow her to perform her older songs on television.

The 29-year-old singer and songwriter on Thursday appealed to her 85 million followers on Twitter to show their support and accused the executives at Big Machine Label Group of exercising “tyrannical control” over her music.

Big Machine, the Nashville, Tennessee-based record company that owns the master recordings of Swift’s back catalogue, released a statement on Friday calling her complaint “false information” and denying that the label has the right to limit her live performances.

Swift is scheduled to receive the “Artist of the Decade” prize at the American Music Awards ceremony on Nov. 24 and had planned to perform a medley of her hits.

The Big Machine executives “claim that would be re-recording my music before I’m allowed to next year,” Swift wrote in her Twitter post.

The executives, whom Swift identified as Scott Borchetta and Scooter Braun, had also refused the use of older music or performance footage for a documentary being made by Netflix, she added.

“Right now, my performance at the AMA’s, the Netflix documentary and any other recorded events I am planning to play until November of 2020 are a question mark,” Swift wrote.

“The message being sent to me is very clear,” she added. “Basically be a good little girl and shut up. Or you’ll be punished.”

Big Machine’s statement added that Swift owes “millions of dollars and multiple assets” to the company.

“Since Taylor’s decision to leave Big Machine last fall, we have continued to honor all of her requests to license her catalog to third parties,” the statement said. “Taylor, the narrative you have created does not exist.”

Braun, who represents Justin Bieber and Ariana Grande among others, this year acquired Big Machine Label Group, and Borchetta was one of its founders.

Swift signed with Big Machine at age 15 and left last November for Universal Music Group, a unit of French conglomerate Vivendi . She released her first album, “Lover,” with UMG in August.