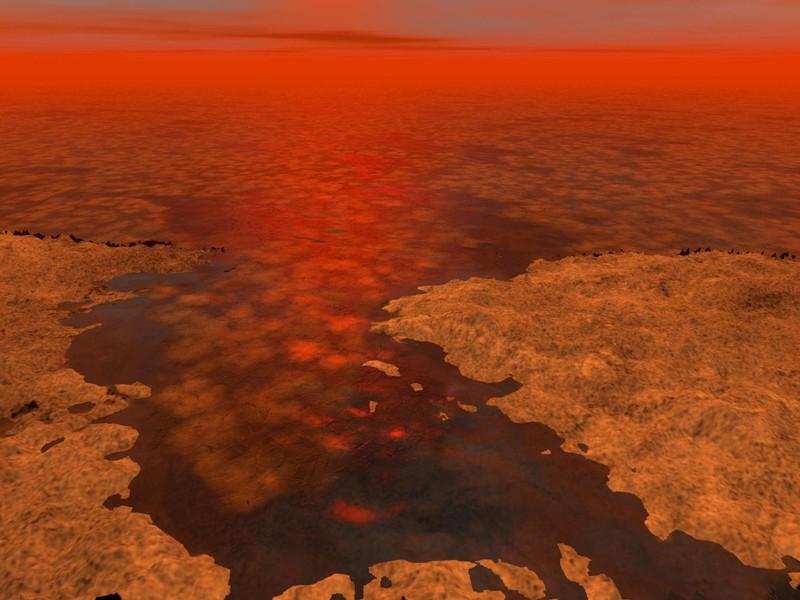 WASHINGTON (Reuters) – Scientists on Monday unveiled the first global geological map of Saturn’s moon Titan including vast plains and dunes of frozen organic material and lakes of liquid methane, illuminating an exotic world considered a strong candidate in the search for life beyond Earth.

FILE PHOTO: This artist’s concept envisions what hydrocarbon ice forming on a liquid hydrocarbon sea of Saturn’s moon Titan might look like in this NASA image released on January 8, 2013. REUTERS/NASA/JPL-Caltech/USGS/Handout

The map was based on radar, infrared and other data collected by NASA’s Cassini spacecraft, which studied Saturn and its moons from 2004 to 2017. Titan, with a diameter of 3,200 miles (5,150 km), is the solar system’s second-biggest moon behind Jupiter’s Ganymede. It is larger than the planet Mercury.

“Organics are very important for the possibility of life on Titan, which many of us think likely would have evolved in the liquid water ocean under Titan’s icy crust,” said planetary geologist Rosaly Lopes of NASA’s Jet Propulsion Laboratory in California.

“Organic materials can, we think, penetrate down to the liquid water ocean and this can provide nutrients necessary for life, if it evolved there,” added Lopes, who led the research published in the journal Nature Astronomy.

On Earth, water rains down from clouds and fills rivers, lakes and oceans. On Titan, clouds spew hydrocarbons like methane and ethane – which are gases on Earth – in liquid form due to the moon’s frigid climate.

Titan is the only solar system object other than Earth boasting stable liquids on the surface, with lakes and seas of full of methane being major features at its polar regions. Hilly and mountainous areas, thought to represent exposed portions of Titan’s crust of water ice, represent 14% of the surface.

“What is really fun to think about is if there are any ways that those more complex organics can go down and mix with water in the deep icy crust or deep subsurface ocean,” JPL scientist and study co-author Michael Malaska said.

Noting that on Earth there is a bacterium that can survive just on a hydrocarbon called acetylene and water, Malaska asked, “Could it or something like it live in Titan deep in the crust or ocean where temperatures are a little warmer?”

The map was created seven years before the U.S. space agency is set to launch its Dragonfly mission to dispatch a multi-rotor drone to study Titan’s chemistry and suitability for life. Dragonfly is scheduled to reach Titan in 2034.

“It is not only scientifically important but also really cool – a drone flying around on Titan,” Lopes said. “It will be really exciting.”

Reporting by Will Dunham; Editing by Tom Brown