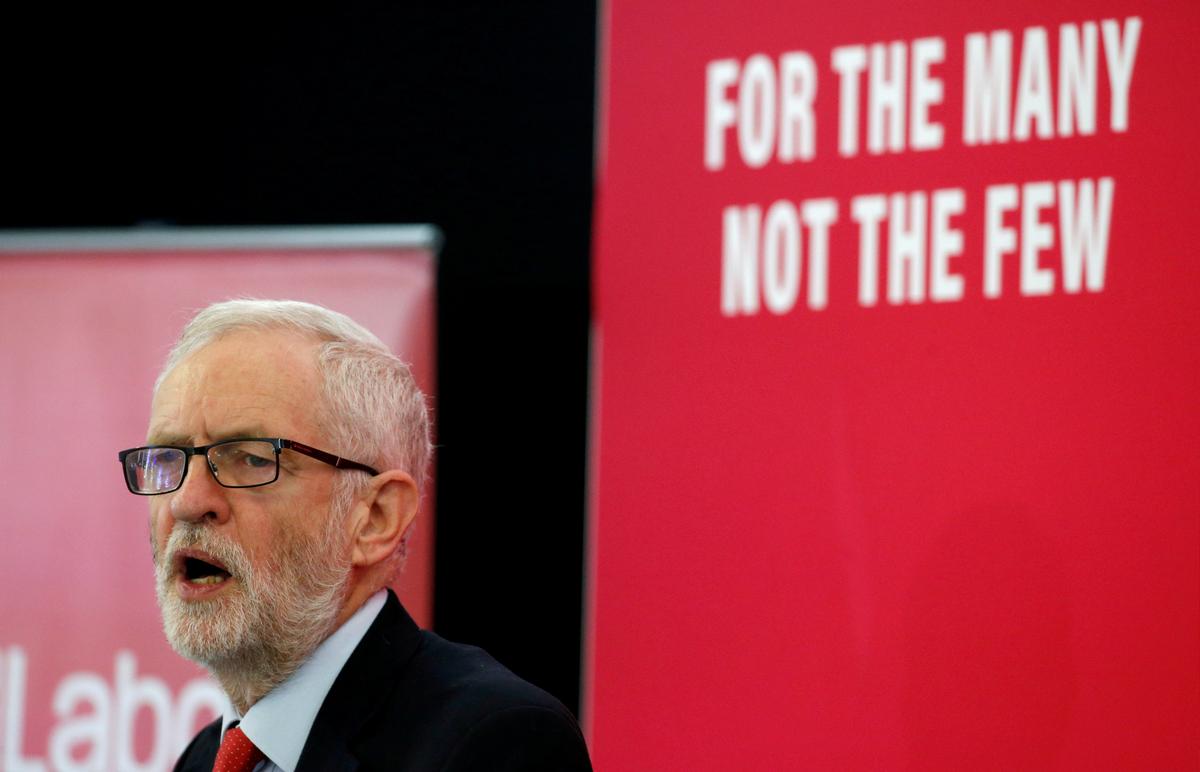 LONDON (Reuters) – Britain’s opposition Labour Party was using a $20-a-month “basic security” service to protect its website when hackers attempted to force it offline last week and temporarily slowed down online campaigning, according to internal emails seen by Reuters.

Such entry-level protection is not recommended for large organizations at high risk of cyberattacks, but the messages show Labour has since decided against upgrading to an increased security package on grounds of cost.

Labour and Britain’s governing Conservative Party were hit by back-to-back cyberattacks last week, just days into an election campaign security officials have warned could be disrupted by foreign hackers.

Labour uses the services of cybersecurity firm Cloudflare to help protect its website from attacks, party emails show, but only the level the company recommends for “professional websites, blogs, and portfolios requiring basic security.”

After the attacks the party considered upgrading to the increased security measures used by large organizations to help ensure their websites stay online, but decided the $60,000 annual cost was unjustifiable, according to the emails.

While the lower-tier security package protected the Labour site from major damage, it may not be enough if the party is hit by more sophisticated attacks, said a person with knowledge of the matter.

In a separate message, Labour’s head of technology warned that the party could be at increased risk of cyberattacks on the days of two televised election debates and its upcoming manifesto launch.

A Conservative Party spokeswoman did not respond directly to questions about the type of website defenses used by the party. “We have the appropriate security measures in place to protect the party’s IT and web infrastructure so were not disrupted in the recent incident,” she said.

Britain votes on Dec. 12 in an election called by Prime Minister Boris Johnson to try to break the Brexit deadlock in parliament more than three years since the country voted to leave the European Union.

The country’s security agencies have warned that Russia and other countries may attempt to disrupt the election with cyberattacks or divisive political messages on social media, a charge Moscow denies.

Officials say initial investigations have found nothing to link the attacks on Labour and the Conservatives to a foreign state.

The attackers used a common and relatively simple technique to attempt to force the parties’ web services offline by flooding them with traffic.

Both Labour and the Conservatives have provided data to the police and Britain’s National Cyber Security Centre (NCSC), part of the GCHQ signals intelligence agency, to help investigate the attacks, according to people with knowledge of the matter.

“We are confident that the Labour party took the necessary steps to deal with the attack. The attack was not successful,” a NCSC spokeswoman said, adding that major parties have been briefed on how to guard against future DDoS attacks.