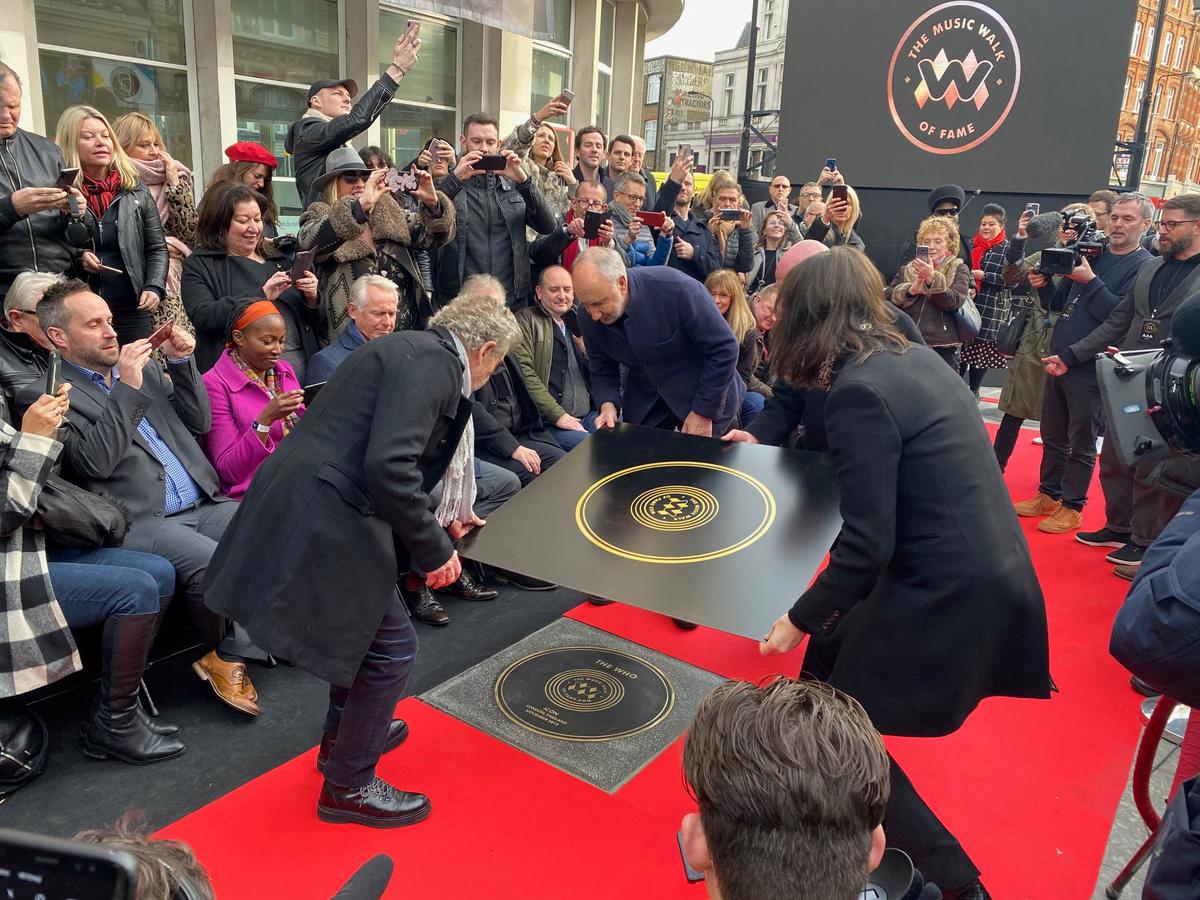 Pete Townshend and Roger Daltrey of The Who attend the unveiling of the founding stone of the new Music Walk of Fame in London, Britain, November 19, 2019. REUTERS/Marissa Davison

LONDON (Reuters) – British rock band The Who became the first act to receive a paving stone on the Music Walk of Fame in London on Tuesday, in the unveiling of a new cultural attraction that echoes the starry sidewalks of Hollywood Boulevard.

Following the presentation of the Walk’s founding stone, The Who’s two surviving members Roger Daltrey and Pete Townshend posed by their own plaque, depicting a music record, laid out in London’s buzzing Camden district.

The Music Walk of Fame will honor artists and others working in the industry in a series of unveilings between the Roundhouse and the Koko performance venues in the north London district that is popular with musicians.

“Camden has always been vital to London’s thriving music scene and is, as we all know, a world-renowned hub for the arts,” The Who said in a statement.

“As Londoners, it’s very surreal to be immortalized in stone on Camden High Street, and it’s quite something to know that people can pop by and see us anytime, albeit virtually.”

Up to 20 stones will be laid out each year, organizers have said, and inductees, chosen by a panel, will be honored in several categories: icon, innovator, inspiration, industry, unsung hero and artist of the year.

A dedicated app will allow visitors to learn more about the history of the music industry.