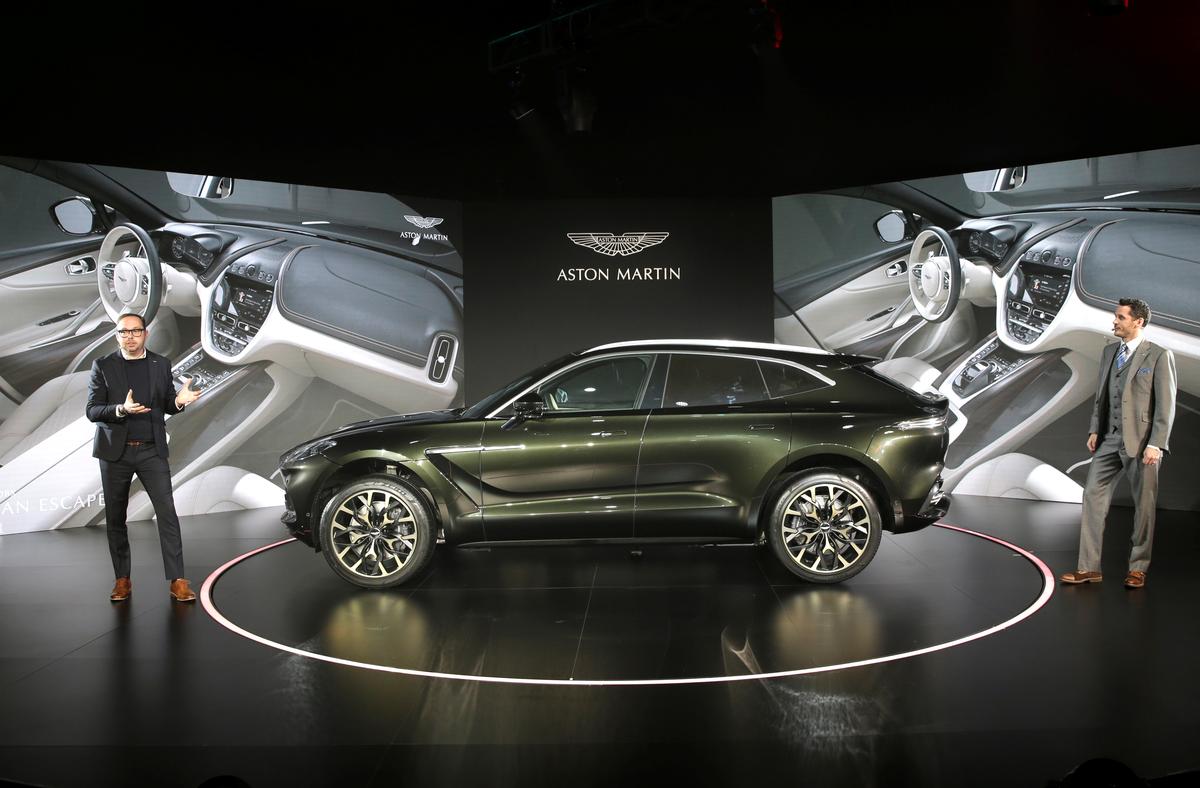 LONDON (Reuters) – Aston Martin, which has seen its share price plunge this year as sales failed to meet expectations after a stock market flotation, launched its first sport utility vehicle on Wednesday, hoping for a turnaround in fortunes.

The sports car maker, famed for being fictional agent James Bond’s car of choice, has gone bankrupt seven times in its 106-year history and has had multiple owners over the last century including Ford.

Now largely owned by Kuwaiti and Italian private equity groups, Aston listed in October last year at 19 pounds per share but that has since plunged by around 75%, hit most recently by falling demand in Europe and for its Vantage model.

The firm, which reported a pre-tax loss of 92 million pounds ($118 million) in the first nine months of the year, has ploughed money into a new factory in Wales which will build the new DBX SUV model from next year.

“We’re essentially holding the cost of a complete factory right now without the benefit of the revenues coming in … so from that point of view of course it’s a really important model,” Chief Executive Andy Palmer told Reuters earlier this month.

Aston hopes to encourage more women buyers with its new offering and has received input from a female advisory body on the choice of certain features such as separate central arm rests and the design of the glovebox.

The first trial build of the DBX has been completed with production due in the second quarter of 2020 which the company hopes will contribute to a boost to its output, alongside sports cars made at its southern English Gaydon facility.

“If our volumes are slightly north of 6,000 this year, obviously you’re adding another ultimately 4 or 5,000 so it’s a big chunk of volume for us,” said Palmer.