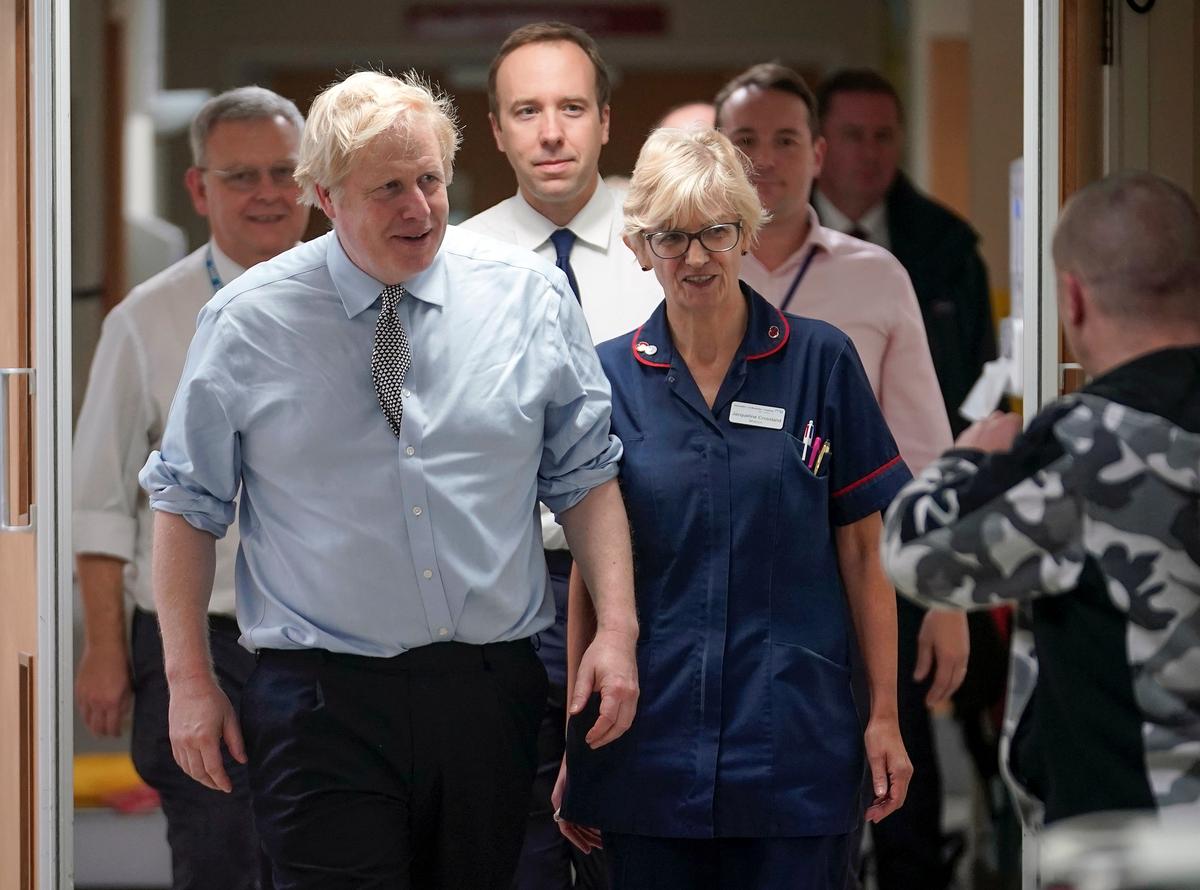 LONDON (Reuters) – British Prime Minister Boris Johnson’s Conservative Party has seen its lead grow to 13 points over the opposition Labour Party, according to a poll by BMG for the Independent newspaper published on Saturday.