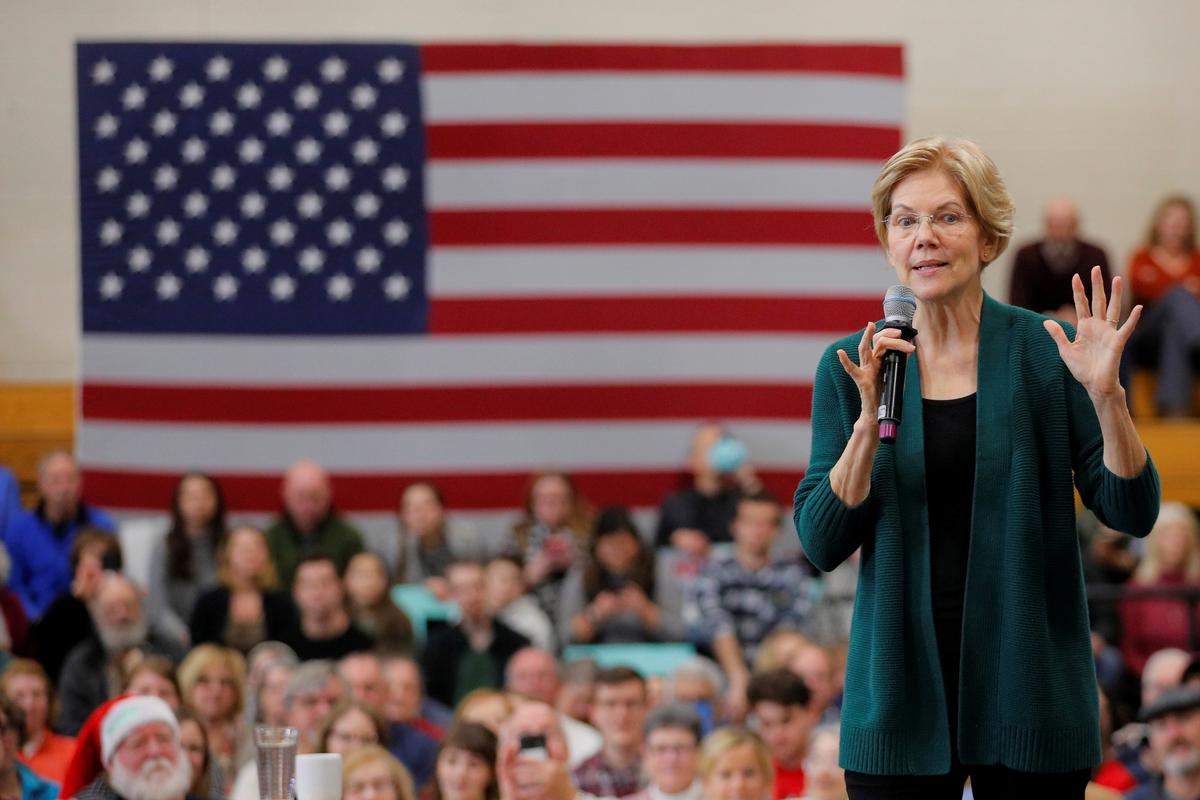 Bloomberg, 77, a media mogul who will use his personal fortune to spend freely on his campaign and has said he will not take donations, officially jumped into the White House race as a moderate Democrat on Sunday.

Warren, 70, a liberal U.S. senator from Massachusetts and one of the leading Democratic contenders according to polls, has proposed a wealth tax on billionaires and frequently rails against corporate America, something Bloomberg has criticized.

At an event with voters in Ankeny, Iowa, Warren opened her remarks denouncing Bloomberg’s tactics.

“That’s exactly what’s now in play in 2020 – which vision, which version of our democracy is going to win. If Michael Bloomberg’s version of democracy wins then democracy changes. It’s going to be which billionaire you can stomach,” she said.

Bloomberg’s campaign would not comment on Warren’s remarks, but at Bloomberg’s first campaign event on Monday in Norfolk, Virginia, he defended using his wealth to underwrite his candidacy.

“For years I’ve been using my resources for the things that matter to me,” Bloomberg said, according to a video posted by PBS. “I am going to make my case and let the voters who are plenty smart make their choice.”

Bloomberg’s late entry into the race, less than three months before the Democrats’ nominating contests begin, reflects his concern that none of the 17 other candidates vying to take on Republican president Donald Trump in next November’s election can beat him.

Despite Warren’s status among contenders in polls, moderates like Bloomberg fear her planned costly expansion of government programs will alienate voters in battleground states.

At the same time, some Democrats have been unnerved by an uneven campaign performance from former Vice President Joe Biden, 77, while another leading candidate, South Bend Mayor Pete Buttigieg, 37, is seen in some quarters as too young and inexperienced.

At a campaign event in Creston, Iowa, Buttigieg declined to comment on Bloomberg’s candidacy and plan to skip early-voting states in favor of competing in larger nominating contests later in the calendar.

But Lori Hays, 59, a Buttigieg supporter from Creston, said Bloomberg was making a mistake.

“As an Iowan, it makes me feel like they don’t care about Iowa,” Hays said. “To me, Bloomberg thinks he can buy the White House with his billions of dollars and that we Iowans don’t matter.”

Reporting by Tim Reid in Akneny, Iowa and Michael Martina in Creston, Iowa; Editing by James Oliphant and Bill Berkrot