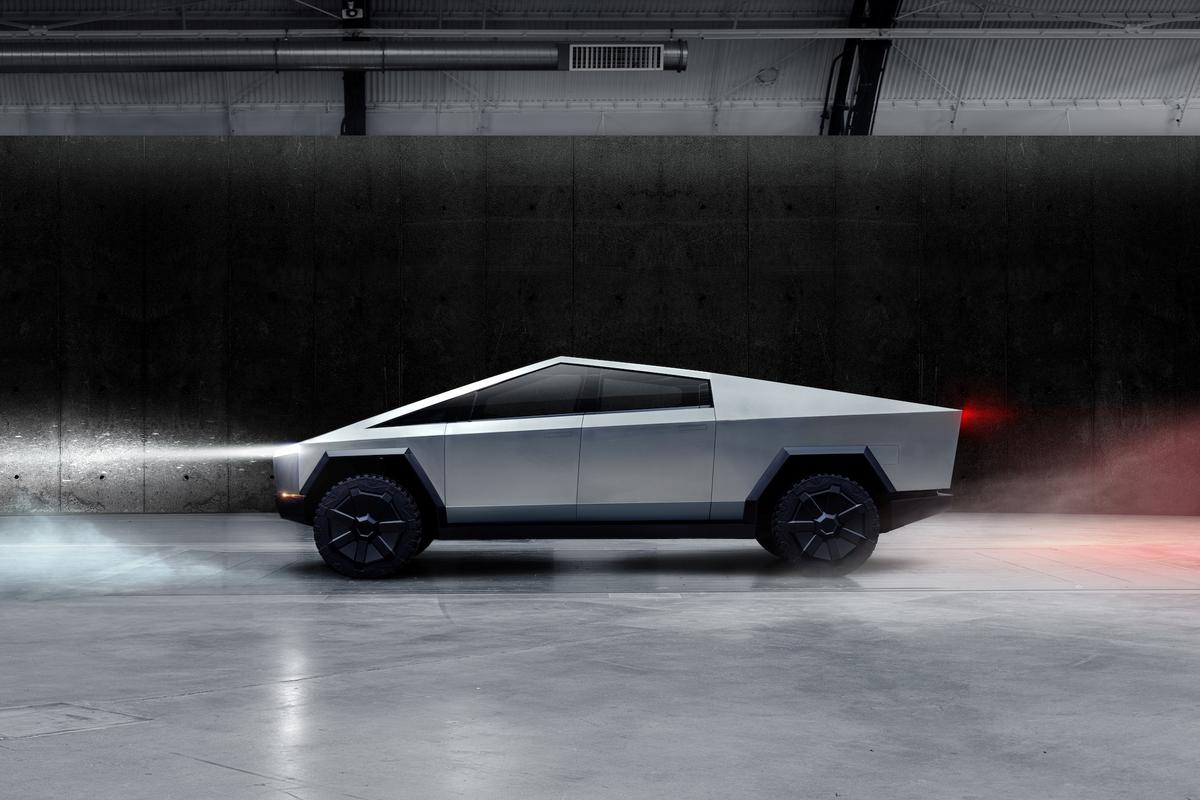 The Cybertruck, Tesla’s first electric pickup truck, is seen in this undated handout picture released by the company. Tesla/Handout via REUTERS.

(Reuters) – Tesla Inc (TSLA.O) Chief Executive Officer Elon Musk indicated in a tweet on Sunday that the electric carmaker received 200,000 orders for its electric pickup truck within three days of its launch.

Musk, who has been regularly tweeting about the Cybertruck’s features since its launch late Thursday, has also been updating his followers with the number of orders the company has received.

In an earlier tweet, Musk said the company had received 146,000 orders for Cybertruck, and tweeted again on Sunday saying “200K” – an apparent reference to the number of orders.

The company’s website shows that an immediate payment of $100 is required to reserve an order for the Cybertruck, which has a starting price of $39,900.

The launch of its futuristic pickup on Thursday suffered a setback when the electric vehicle’s “armored glass” windows shattered in a much-anticipated unveiling. The overall look of the electric vehicle had worried Wall Street on Friday, driving the automaker’s shares to close 6.1% lower.

During the launch, Musk had taken aim at the design, power and durability of mainstream trucks, only to be shaken when his boast about his new vehicle’s windows backfired.

Separately, Musk said the Cybertruck is Tesla’s last product unveil for a while.

Tesla plans to start manufacturing the Cybertruck around late-2021.

Reporting by Rama Venkat and Bhargav Acharya in Bengaluru; Editing by Alistair Bell and Sherry Jacob-Phillips