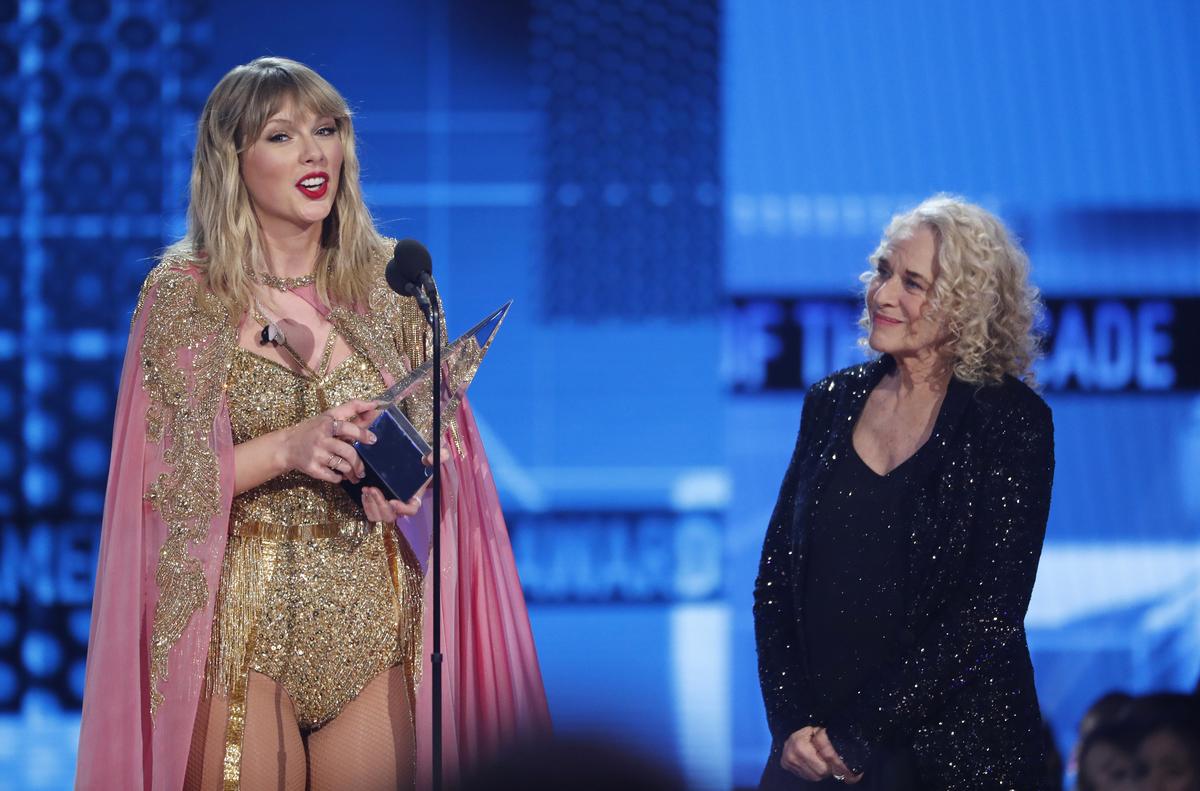 Swift won the top award, artist of the year, and four others. She was also given an honorary artist of the decade award, taking her all-time total to 29 American Music Awards, organizers said. That easily outstripped the 24 awards picked up by Jackson.

“All that matters to me is the memories that I have had with you guys, with you the fans, over the years,” Swift, 29, told the audience at the ceremony in Los Angeles after performing a medley of her old hits.

Swift had been expected to speak out about a long feud with record industry executive Scooter Braun, who owns the master recordings to her first six albums after Swift signed with a new label in 2018.

Swift accused Braun last week of refusing permission for her to sing songs from her back catalog at the awards show. The public spat culminated last week with Braun saying that his family had received numerous death threats after the pop singer urged her 122 million Instagram fans to let Braun “know how you feel about this.”

But on Sunday, the “Fearless” singer made no mention of the dispute, although she opened her performance wearing a white shirt printed with the titles of her old albums.

“You made it all happen,” said Eilish, thanking her fans.

Eilish showed her support for environmental causes by wearing a T-shirt with the slogan “No Music on a Dead Planet” as she gave her first awards show performance with “All the Good Girls Go to Hell.”

Selena Gomez kicked off the ceremony in her first live TV performance in two years after undergoing a kidney transplant in 2017 and battling anxiety and depression.

British rocker Ozzy Osbourne, 70, who has been sidelined by serious health problems for a year, was mostly seated as he took to the stage with rappers Post Malone, Travis Scott and rocker WATT for their single “Take What You Want.”

Punk rockers Green Day got the audience to its feet as they marked the 25th anniversary of their 1994 breakout album “Dookie.”